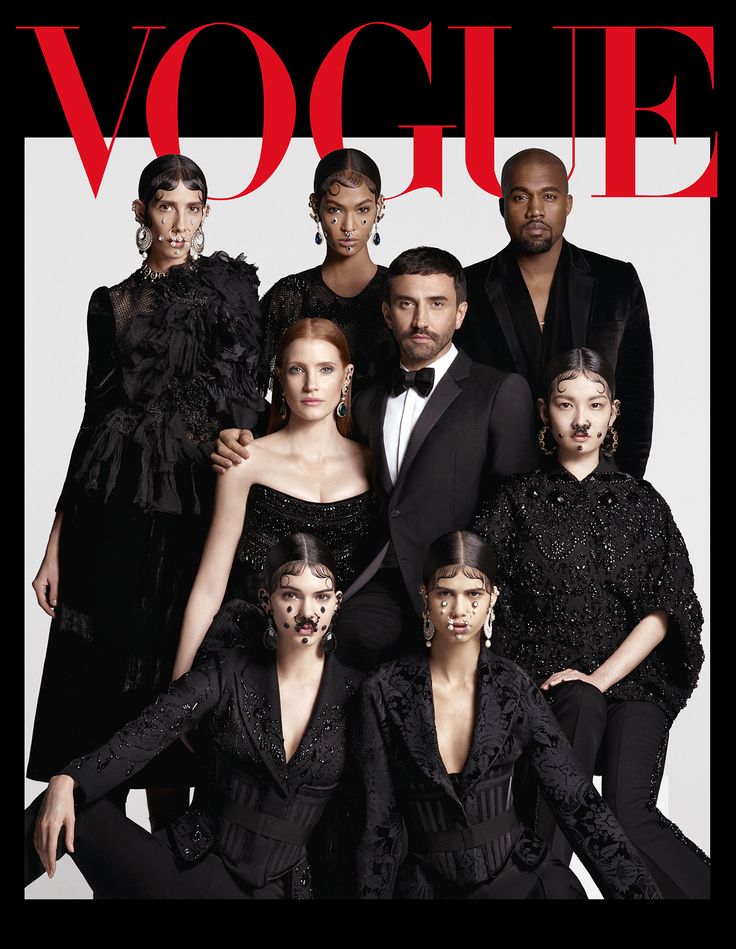 Riccardo Tisci and his crew of chicsters, including Kanye West, Jessica Chastain, Kozue Akimoto, Kendall Jenner, Joan Smalls, Jamie Bochert, and Mica Arganaraz, posed for the cover of Vogue Japan‘s August issue in celebration of Tisci’s 10th anniversary at Givenchy. The models were decked in Givenchy’s “Victorian chola” collection complete with gothic facial jewels and kiss curls. To celebrate the issue, a film was produced by Luigi & Iango with filmmaker Julien Bachelet, which features Tisci’s friends either talking about him or wearing his clothing. In the film, Chastain can be seen chanting “Riccardo” while Kanye waxes poetic about Tisci. “Riccardo is a true master, a young visionary, a true friend, very connected to music,” says West in the video.

Styling for Tisci’s jet-set posse was done by Katy England, while makeup was done by Virginia Young and hair by Luigi Murenu. The film opens with “Gang”, “Family”, and “Love” spelled out in big red letters. Gangs have been on Tisci’s mind recently: his Spring 2016 menswear show featured bad boy-inspired attire including jailer key necklaces and religious iconography, and the stage featured caging. We imagine all of Tisci’s gang will either be walking the show or perched front row come Fall when Tisci will show his Spring 2016 women’s ready-to-wear collection in New York instead of Paris.

Kate Moss And Cara Delevingne Pair Up Again For Burberry