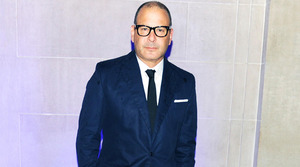 (NEW YORK) Reed Krakoff and Coach are parting ways after 16 years together. Krakoff, who currently holds the titles of president and executive creative director at the New York-based accessory brand, will remain on the payroll until his contract officially expires in June 2014, almost six months after Coach CEO and chairman Lew Frankfort hands over the reins to Victor Luis in January 2014. The designer’s surprising departure comes amid news that Coach is exploring “strategic options” for Krakoff’s namesake label, which the company helped launch in 2010. The plans may involve “a sale to a group, in which Krakoff would participate,” reports WWD. Moving forward, the 49-year-old designer plans on expanding his eponymous collection and developing additional categories, like a menswear line.