Rebecca Vallance on the Evolution of Her Brand 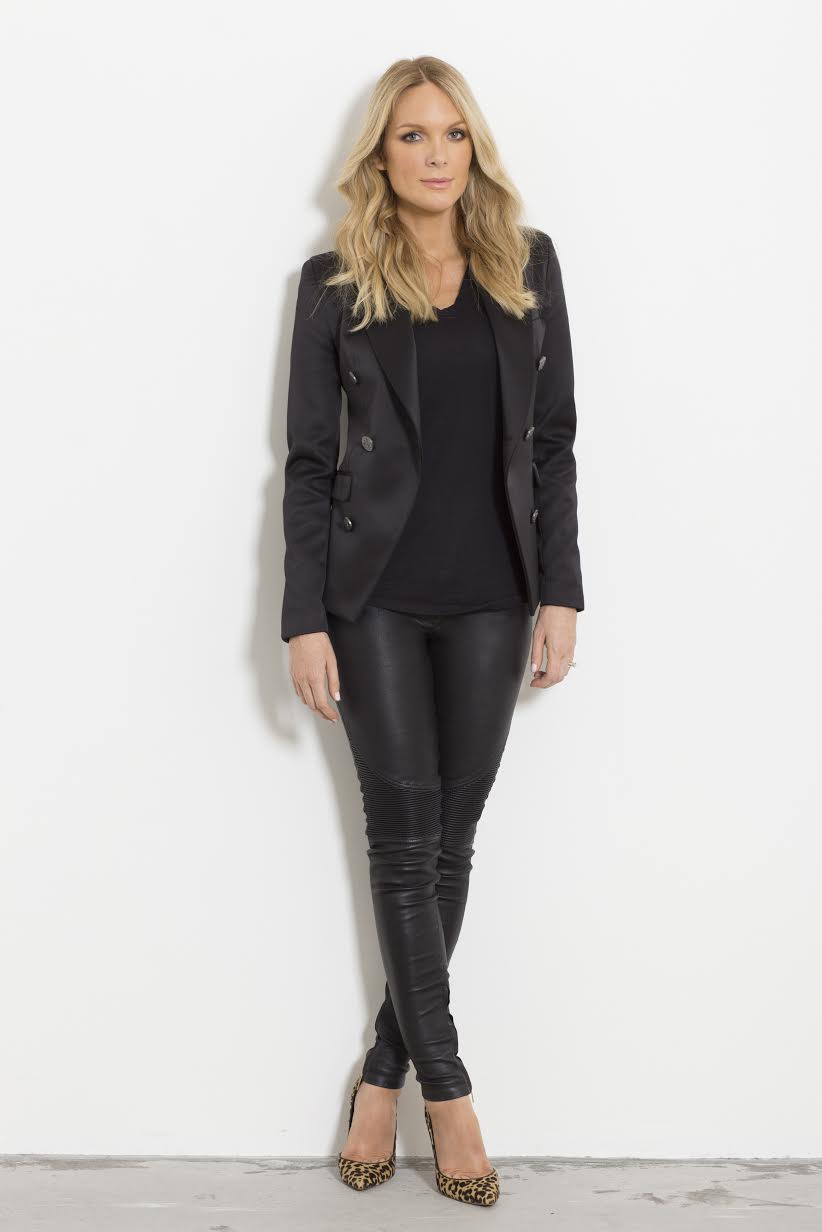 Rebecca Vallance’s timeless and effortless structured designs have made her namesake brand a staple among celebrities and fashion lovers alike since launching her label almost six years ago. The Aussie, who has fans ranging from Rachel McAdams to Behati Prinsloo, breaks down the evolution of her line, her plans to expand retail in the U.S., and when she’ll return to NYFW.

Rebecca, you launched your line in 2011. What was the thought process behind it?
The only thing I’ve ever 1,000 percent known is that I wanted to have my own [fashion] line. I worked in fashion PR for quite some time, specializing in designer brands, and then the opportunity came to launch a line of my own when I moved to London with my fiancee, now my husband. It’s been five-and-a-half years since, and our first season was at Harvey Nichols, which was great. The business just grew internationally from there.

Before working in PR and design, we hear you were a model.
Yes, I was! I modeled from 13 to 21, more runway and editorial, so a lot of my high school years were spent traveling for Australian brands of the ’90s. It was a really good way to get into the industry—I ended up growing up with a lot of people who I still work with to this day, especially in fashion media.

Now you’re based in Australia?
Yeah, my husband was educated in London and I’m from Melbourne. We’re based here for the moment but we spend a lot of time traveling. The brand has an international aesthetic and is an international brand. Ask me again in five years and you might fund us somewhere else!

What’s the the fashion vibe there?
In Australia, we have more of a laid-back style with a relaxed aesthetic, but my brand isn’t relaxed at al.l It’s quite structured. But as Australians in general, we’re more relaxed people.

What is your brand known for?
Structured dresses. That’s what I love wearing—I love getting dressed up, and it’s what I naturally wanted to design and make into a brand. I think the things that come naturally to you and don’t feel like work are when you often do the best.

Who’s your customer?
We’ve done a lot of work on this lately. We’ve seen a younger demographic, but since we’ve opened our own retail stores, we’re seeing the customer ranges. She can be as young as 16 but go up to 55. When we design a collection, we generally think about what we’re offering to each market, whether it’s the girl who’s graduating from university or going to an event or is a bit more mature. We have a broad appeal.

Where are your storefronts?
We opened a store in Sydney and we’re going to open two others: one in Melbourne and another in the area. Then we’re going to start looking to open up off-shore retail, hopefully one near you guys! The plan is definitely to roll our brand out internationally. The U.S. is a really great market for us, especially at Net-A-Porter. We’ve pretty much sold out!

You’ve developed quite the celebrity following here!
Yeah, Sofia Vergara, Halle Berry, and Kate Beckinsale. We usually show at New York Fashion Week each season, which I think really helps with not only attracting the celebrities but the right stores. I’m heavily pregnant at the moment, so I haven’t been able to travel for the last few seasons. I give birth on February 27, so we’ll rejoin in September. We showed our last collection at Fashion Week here in Australia in May, which was a great success.

Looking ahead…what’s the inspiration going into your Fall 2017 collection?
Miami nights from the ’90s—the Kate Moss, Johnny Depp days. It’s quite out there. We’re really excited about it. There are some really great dresses and new directions of shirting…some really special pieces.

Who are some of your muses?
It depends each season where I’m traveling or what I’m looking at. From a style perspective, I don’t think I’ll ever move on from Carine Roitfeld. I think her style is perfect. I always love Elizabeth Taylor from back in the day. It ranges from what mood I’m in, what collection I’m designing, and where my head’s at.

How have you seen your brand evolve since launching?
I think a brand evolves based on how its creative director evolves. When I look back at our archives, you can see as a woman how I was evolving as well. We started out doing cute little dresses, but now there’s so much more in each piece, whether it’s the fabrication or design. Even in the simple dresses, there’s so much thought in each piece. I think five and a half years later I really know what I’m doing, I know what I’m good at, I know what sells, and I know what our customer wants. Together, it makes a stronger offering.

Mood: Showing Up To Get Vaccinated In...