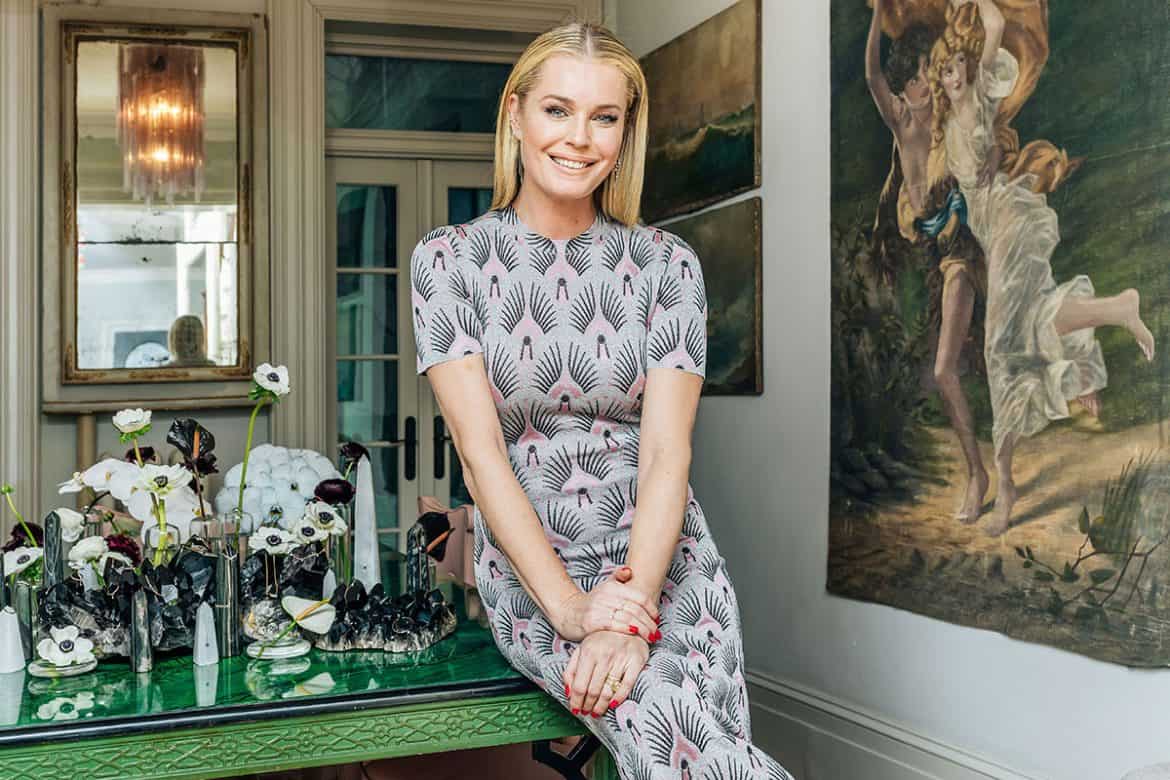 As one of the most successful women to go from supermodel to movie star, Rebecca Romijn is returning to fashion, but this time with her own line of jewelry, Charlie Dolly.  She recently invited members of the media to her charming Chelsea home to show off her passion project and explain how the line got its adorable name.

How did this all come about?
I had never seen fine jewelry in person until I moved to Paris in the early ’90s in my early twenties. I became obsessed with loose stones. I thought why do we have to deal with clunky settings? I wished I could wear loose diamonds. People could drill a hole into a diamond, but the technology now is much more precise to laser pierce a diamond. I had this idea, but it didn’t come up as a plausible idea until a few years ago when I met the manufacturers who had laser pierced a diamond. I also finally had the space and time. My daughter’s were old enough and they were encouraging.  We all sat down and started sketching. Charlie Dolly are the names of my daughters. [Romijn is married to actor Jerry O’Connell]

Why did you decide to name it after them?
They’re a couple of loose diamonds. They’re my sparkly little creatures who are so excited about this and have been along for the ride.

Who do you see wearing it?
It’s for a free spirit. It’s for someone who wants to mix it up with their existing jewelry. I’m selling all of the earrings as singles so people can mix and play. There’s something very sexy about a dangly diamond. It’s casual, but it’s elegant. It’s kind of rock and roll and bohemian. 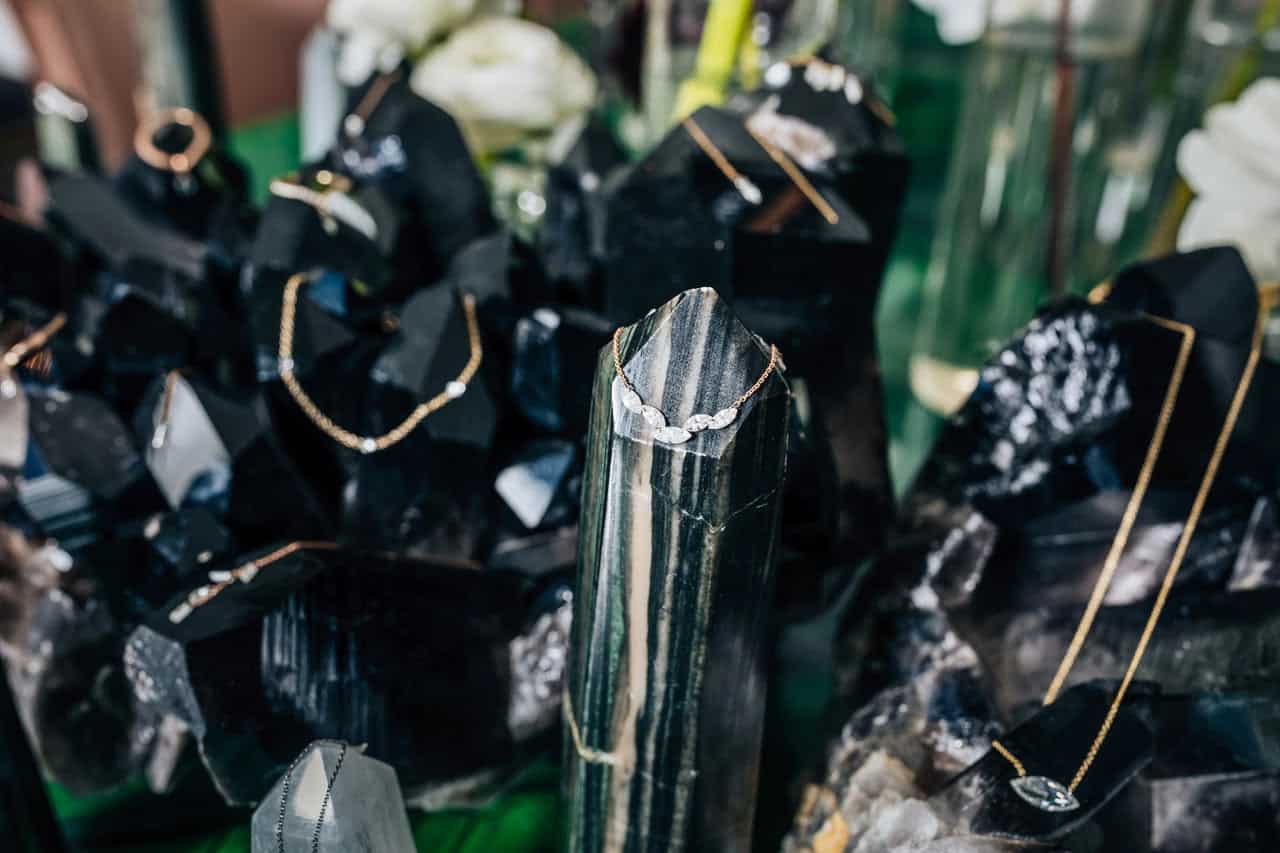 How will it be available to purchase?
We’re just starting. Right now it’s available on e-commerce through my website.

How does it feel to launch something so personal?
That’s kind of why I decided to launch it in my home. I haven’t really invited people into my home before. We were trying to figure out how to launch it. I kept going over all these ideas that felt too sterile or not me. This felt like an invitation to me.

Who would you like to see wearing it?
I’d love to work on special orders with people. It’s my dream. If someone has an idea for a lariat that goes all the way down with lots of dangly diamonds, we can do that. When people become familiar with the jewelry and see what the capabilities are for laser pierced diamonds — it’s infinite. You can come up with anything!

Would you ever want to design a fashion line?
It’s never been in me. This something that I knew I was going to have to get out of my system at some point.

Your house is lovely.
I bought it eight years ago just when they announced that Hudson Yards was in development. The joke is Hudson Yards went up faster than the renovations of my house. I knew that this area was going to change so much and all this newness was going to be popping up and I felt even more protective of my house. The architect wanted me to replace all the floors and I was like, “No!” I had to fight for all the original details from 1899.

What else are you up to?
My other passion is animal rescue and I host a show on Hallmark Channel, The American Rescue Dog Show, which is so fulfilling and so cute. It celebrates rescue dogs and the categories are things like Best in Wiggle Butt, Best in Snoring, Best in Underbite, Best in Belly Rubs, Best in Couch Potato. The ones that really get you are Best in Special Needs or Best in Senior. There’s not a dry eye in the house. It’s so cute. Jennie Garth is one of the hosts. It airs in mid-February. I’ve also been working on Star Trek here and there, but I can’t really talk about that.