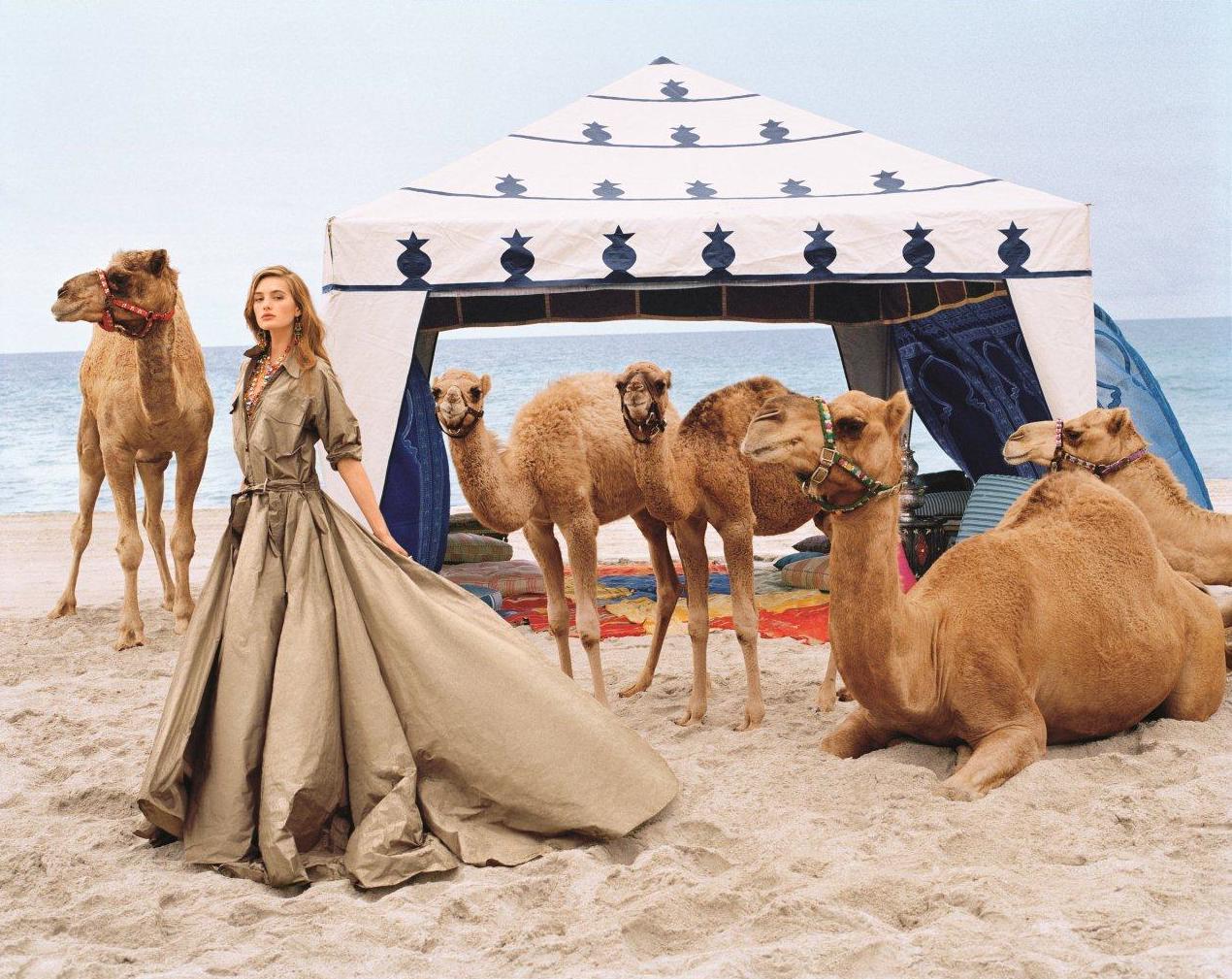 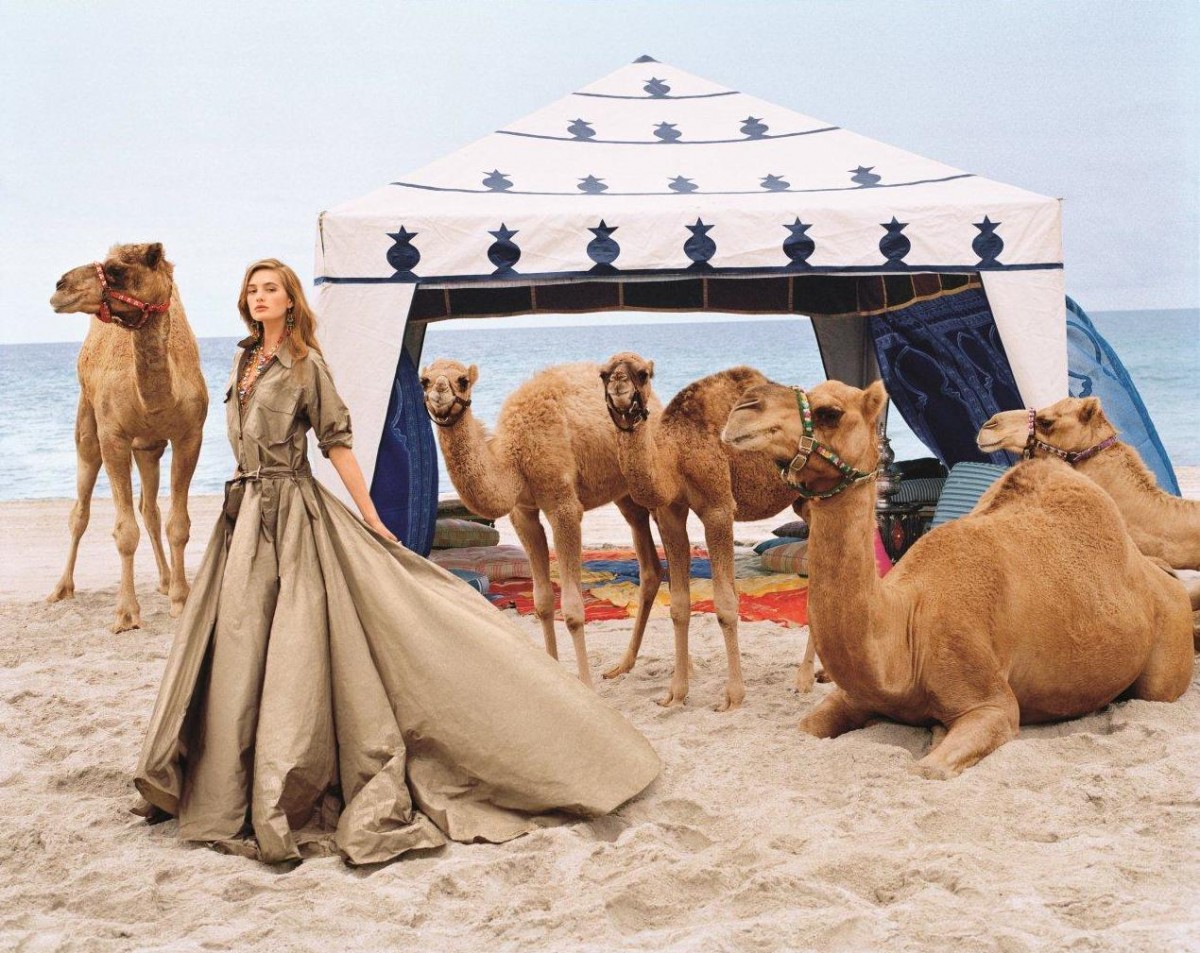 The campaigns keep on coming…Ralph Lauren Collection has released a shot of their Spring/Summer 2015 campaign shot by Bruce Weber. The tony gig is a major score for relative newbie and New York Model-repped Sanne Vloet, who we’ll be keeping our eye on in the 2015. Hailing from Donkerbroek in the Netherlands, Vloet hit the New York runways for the first time last September, walking for Ralph, Tory Burch, Oscar de la Renta, and Carolina Herrera (to name a few) before adding Tom Ford, Erdem, Stella McCartney and more to her runway CV. Now she’s officially the real deal with a major Ralph credit. She’s a beauty. 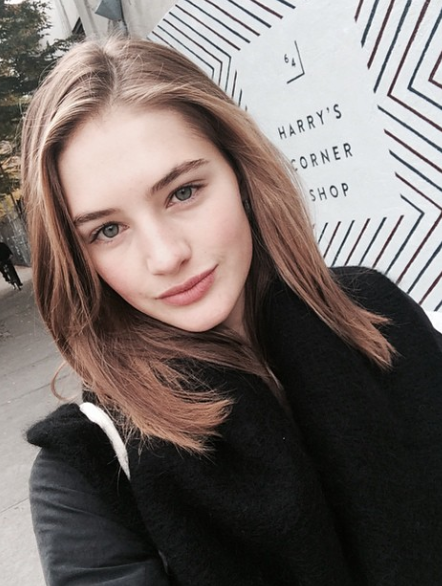 As for the camels…They’ve been walking season after season, but thus far Ralph Lauren Collection is their first major gig that we know of. Those legs!