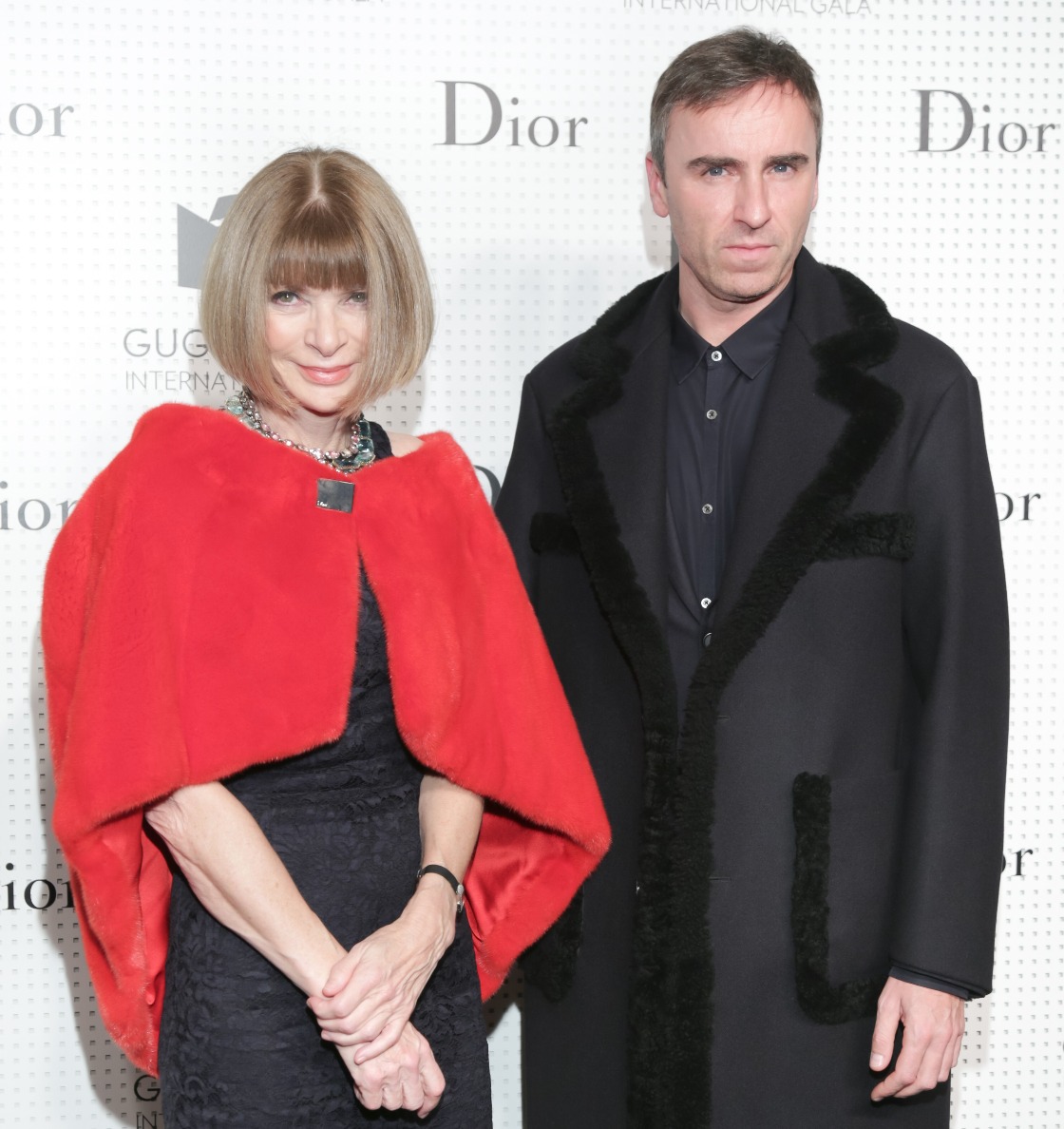 Raf Simons’ ‘Bye Felicia’ to Dior means one thing for fashion journalists—more clicks! We’ve rounded up how (some of) the major outlets have creatively  found a way to celebrate Raf’s tenure, ponder his departure, and get that traffic!

Vogue: As Raf Simons Bids Adieu to Dior, a Look at His Work in Vogue

Vogue UK The Dior Darlings
Writer Naomi Pike created a gallery of 11 starlets such as Emma Stone and Marion Cotillard in Dior.

The Cut: Why Raf Simons Is Leaving Dior
Cathy Horyn explores why the designer is saying farewell, and suggests Givenchy’s Riccardo Tisci might be the man to take things over. Plus! The 20 Best Dior Red Carpet Moments form Raf Simons And! The More Famous Jennifer Lawrence Got, the More Dior She Wore Also! The 30 Best Looks by Raf Simons at Dior AND MORE! Who Should Succeed Raf Simons at Dior? They’ve got this beat on lockdown.

ManRepeller: Who’s Next at Dior? Amelia Diamond is like, “What?”

And The Daily‘s personal fave…

The Washington Post: Surprised that Raf Simons is leaving Dior? Don’t be. Fashion is a rat race like any job. Nothing fazes veteran fashion journalist Robyn Givan. “Who, besides perhaps Karl Lagerfeld at Chanel, settles in and retires from a house anymore?” she asks. “Who settles in and retires from any job anymore?” She speculates that the allure of designers running big, prestigious brands may be fading. Work is haaaaard!

And! How Did the Twitterverse Deal?

@TheFashionLaw “I swear if Tisci replaces Raf and ruins Dior with the Kardashian/Kanye West non-sense, I will quit.”

@bryanboy “I also want Alber to happen at Dior… and Chanel in the future. #perfectfit”

@vanessafriedman “Both @Dior and @Balenciaga lost their designers after only abt 3 years. Is this a new trend?”

@ninagarcia “More fashion musical chairs. The music has been playing for a long time. We definitely have entered to a new fashion era. Times have changed.”

You fail to mention WWD, the first site that had the news…