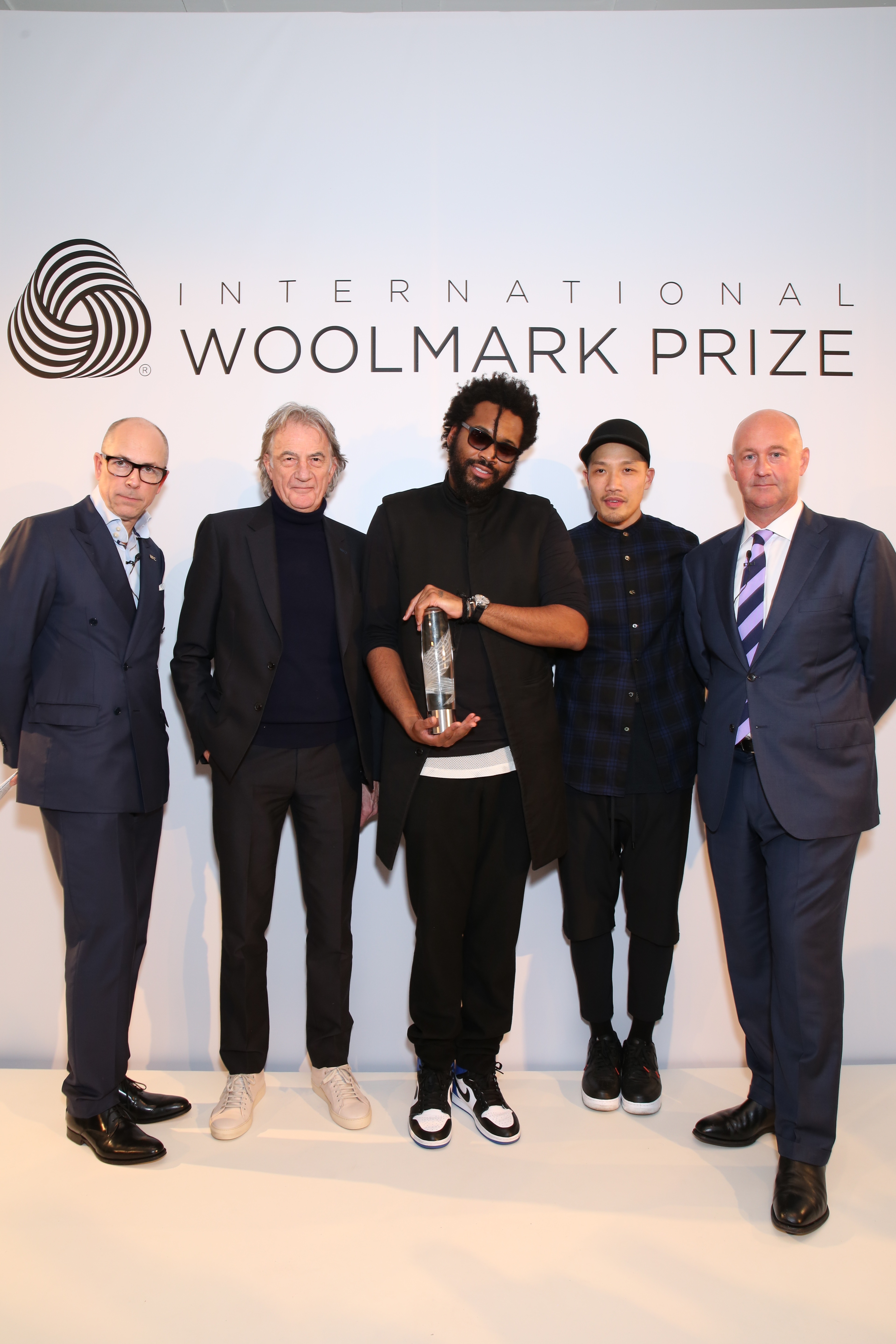 Public School has nabbed the first-ever Men’s International Woolmark Prize. This morning, the label’s designers, Dao-Yi Chow and Maxwell Osborne, were announced as the winners of the Prize’s inaugural international accolade dedicated to hommes, held during the London Collections: Men. The designers are the first Americans to win the award; their collection of Merino wool pieces created for the competition was judged by the likes of Style.com’s Tim Blanks, designer Paul Smith, Nick Wooster, and British GQ editor Dylan Jones.

“It feels unbelievable to win the prize. We are the first U.S. winners in the competition so we are really proud and it’s incredibly meaningful to us,” said Chow and Osborne in a statement.

Public School bested over 60 designers initially in the running, and beat out four other finalists: SISE from Japan, Asger Juel Larsen from Denmark, Australia’s STRATEAS.CARLUCCI, and The Emperor 1688 from the UAE. Osborne and Chow will also receive $100,000, as well as the opportunity to be carried at retailers including Harvey Nichols, Saks Fifth Avenue, 10 Corso Como, JOYCE, Isetan, David Jones, and Matches Fashion.

“What was savvy about Public School was their skill with manufacturing and commerciality,” Smith said in a release. “Many items were fully fashioned, so for sportswear they could fit the shape of the body and could work for some of the major sportswear brands. They’ve already invested in production; the USA has a great focus on forward thinking beyond just designing it.”

How Did Cara Delevingne Tear Her Golden Globes Dress?