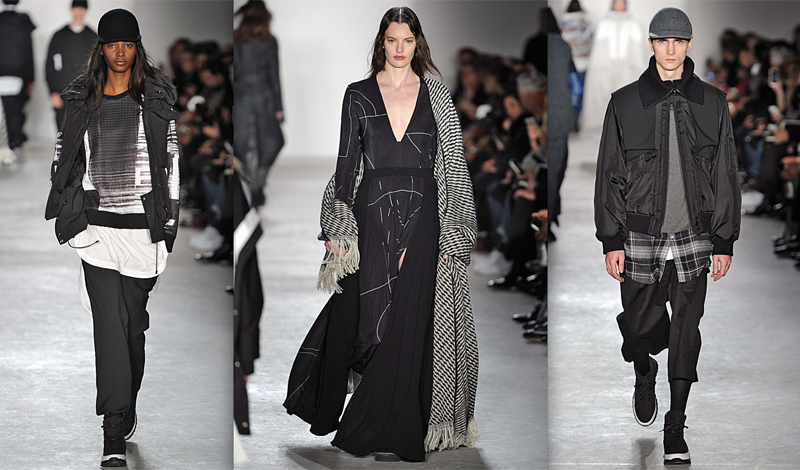 The hype surrounding Public School’s latest showing was palpable yesterday morning at 330 Hudson St., where seats were so in demand that several movers and shakers could be spotted in the third row. Football prodigy Odell Beckham sat alongside Anna Wintour, who brought along beau Shelby Bryan and daughter Bee Shaffer. “Sitting and conversing with [Anna] was amazing,” Beckham said after the show. “She is an amazing person, and a very powerful person, so it was a pleasure to be able to meet her.” Across from Wintour sat crooner Mary J. Blige, who sported a fedora and cropped fur jacket. “It was really good, a lot of great stuff. Some truly amazing pieces,” Blige said as she fled the media crush.

On the runway, designer Maxwell Osborne and Dao-Yi Chow compiled brilliantly layered looks in varied hues of grey, black, and blue, in addition to a few playful plaid creations and a multi-colored shearling coat that caught the eyes of Jenna Lyons and Robin Givhan. “There were two things that I’m obsessed with,” Lyons said as she headed backstage after the show. “There was a sort of cream, multi-colored shearling that I loved. I also loved the milky, marshmallow poncho. That was amazing.” Givhan chimed in, echoing Lyons about the former:”That cream-colored shearling! Yes!”