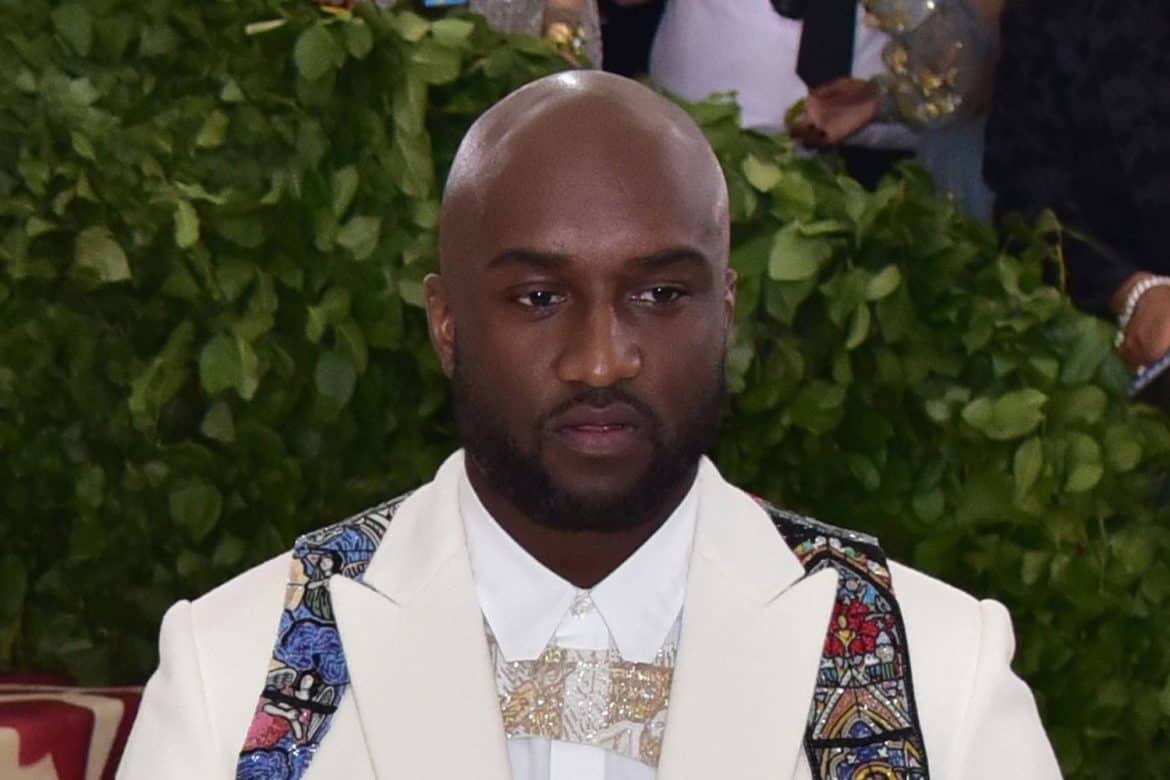 Here’s a First Look at Virgil’s Vuitton (WWD)
Women’s Wear Daily got a sneak peak at what the next chapter of Louis Vuitton menswear, under Virgil Abloh’s stewardship, will look like. Judging from the trio of somewhat obscured close-ups that were printed, the collection will be hyper-hued with a cobalt blue parka and dayglo orange ribbed knit shown — both with protruding box-shaped compartments jutting out. We also get a look at the sneakers, which are sure to sell like hot cakes.

A first look at @virgilabloh’s sneakers for @louisvuitton. Abloh spoke to WWD about his debut collection for Louis Vuitton, creating @kendalljenner’s #metgala outfit and redefining the heritage brand. Read the full story on WWD.com. #wwdfashion 📷: @alfredo_piola)

The interview reveals a number of things. Among the revelations: Abloh’s preferred method of communiqué with the Vuitton team is WhatsApp; his office looks like a DJ booth, replete with actual turntables; oh, and when he first started at Vuitton, he asked the team why they made clothing. “Before the excitement and before the eagerness to get going, I asked myself and the brand, the teams, ‘Why does Louis Vuitton make clothing?’ It’s a malletier, not an atelier-based brand. It comes from the trunk,” he told the paper.“My natural way of taking on something big is distill it down to its parts.”

The interview comes laden with the requisite amount of Abloh’s brand of pretension. A “central concept” of his Vuitton collection is something Abloh calls “Accessomorphosis,” which he defines as “the idea is that it’s the point at which an accessory can transform into a garment.”  He goes on to say, “I’ve got a very scientific, analytical design approach. That’s the brand as I’m defining it, and that’s the building block to bridge the gap between accessories and fashion. Just even that five-minute spiel took three months of thinking, researching. I feel like I’m writing a thesis on it.”  Oh, brother.

Last thing we learn? Kanye West and Abloh are good. Abloh speaks of his mentor with total respect and West is expected to attend tomorrow’s show in Paris, a city the rapper has not been back to since the 2016 robbery of his wife Kim. “Kanye since [the two worked together] has by and large still been the architect,” Abloh said. “We are on the same mission.”

Clare Waight Keller’s Fall 2018 Haute Couture Show Will Pay Tribute to Hubert de Givenchy (Fashionista)
Clare Waight Keller is dedicating her fall 2018 haute couture show to Givenchy house founder Hubert de Givenchy who passed away in March. The collection is entitled “Caraman,” which is the 19th century hotel where Givenchy established his couture ateliers in 1959. A statement from the house describes Waight Keller’s upcoming collection as “an effervescent and profound celebration of his timeless elegance and grace,” with a “fresh take on the Givenchy spirit.” 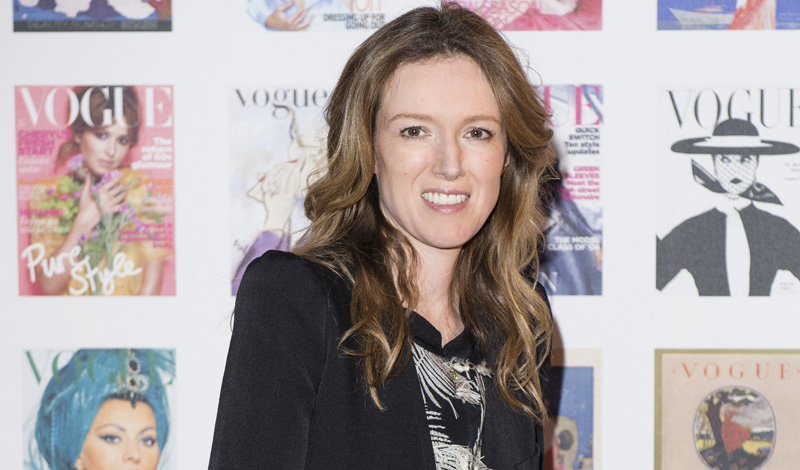 Jason Wu To Launch Lingerie and Bodywear (WWD)
Jason Wu is slipping into his skivvies. The designer has partnered with Real Underwear to develop a line of lingerie, innerwear, and loungewear.“Lingerie has been a huge inspiration for many years, so it feels natural for me to expand into the world of bodywear,” Wu said in a statement. “I’m excited to combine the core DNA of Jason Wu with the quality and innovation of Real Underwear to create a beautifully considered collection.” There’s both men’s and women’s with women’s retailing from $30 to $150 and including bras, bralettes, underwear, slips, and bodysuits.  Women’s will be released spring of next year with men’s, comprised of underwear and lounge only, following that fall. 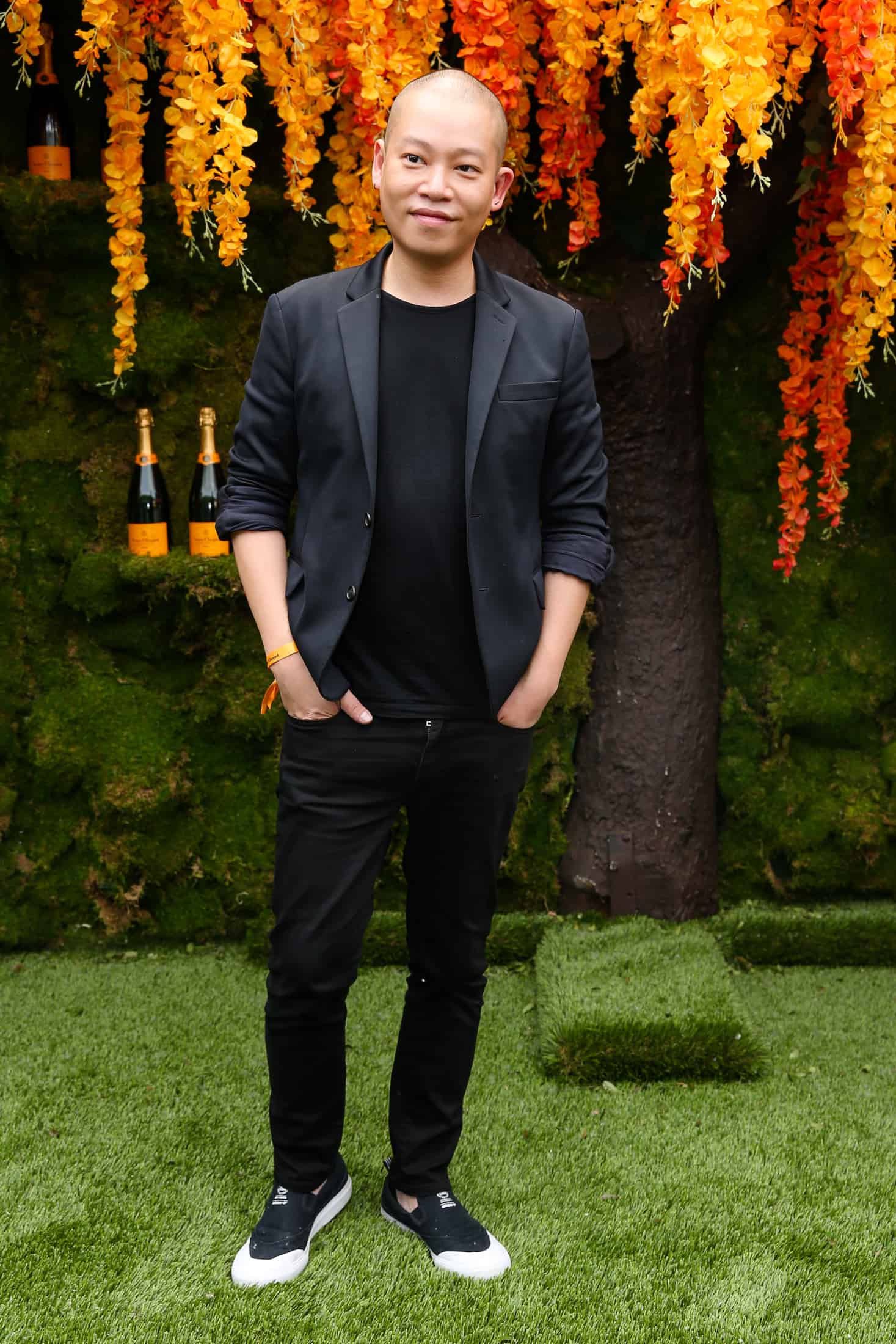 Gigi Hadid Had “Privilege Guilt” When Starting Out In Modeling (Page Six)
In the cover story for the magazine’s July issue, Gigi Hadid tells Vogue Australia that when she first started working, she struggled with “privilege guilt,” the knowledge that while she came from money, most models do not. “I’ve always had this big work ethic, because my parents came from nothing and I worked hard to honor them,” she said, adding, “There are so many girls who come [from] all over the world and work their asses off and send money home to their families like my mother did.” Hadid adds that she was, understandably, afraid her mother’s “Bravolebrity” status would overshadow her talents, allowing other models to assume that’s how she was booking gigs. “I wanted to stand next to them backstage and for them to look at me and respect me and to know that it’s never about me trying to overshadow or take their place,” she said. G, we hope you know now that you’ve earned your place! 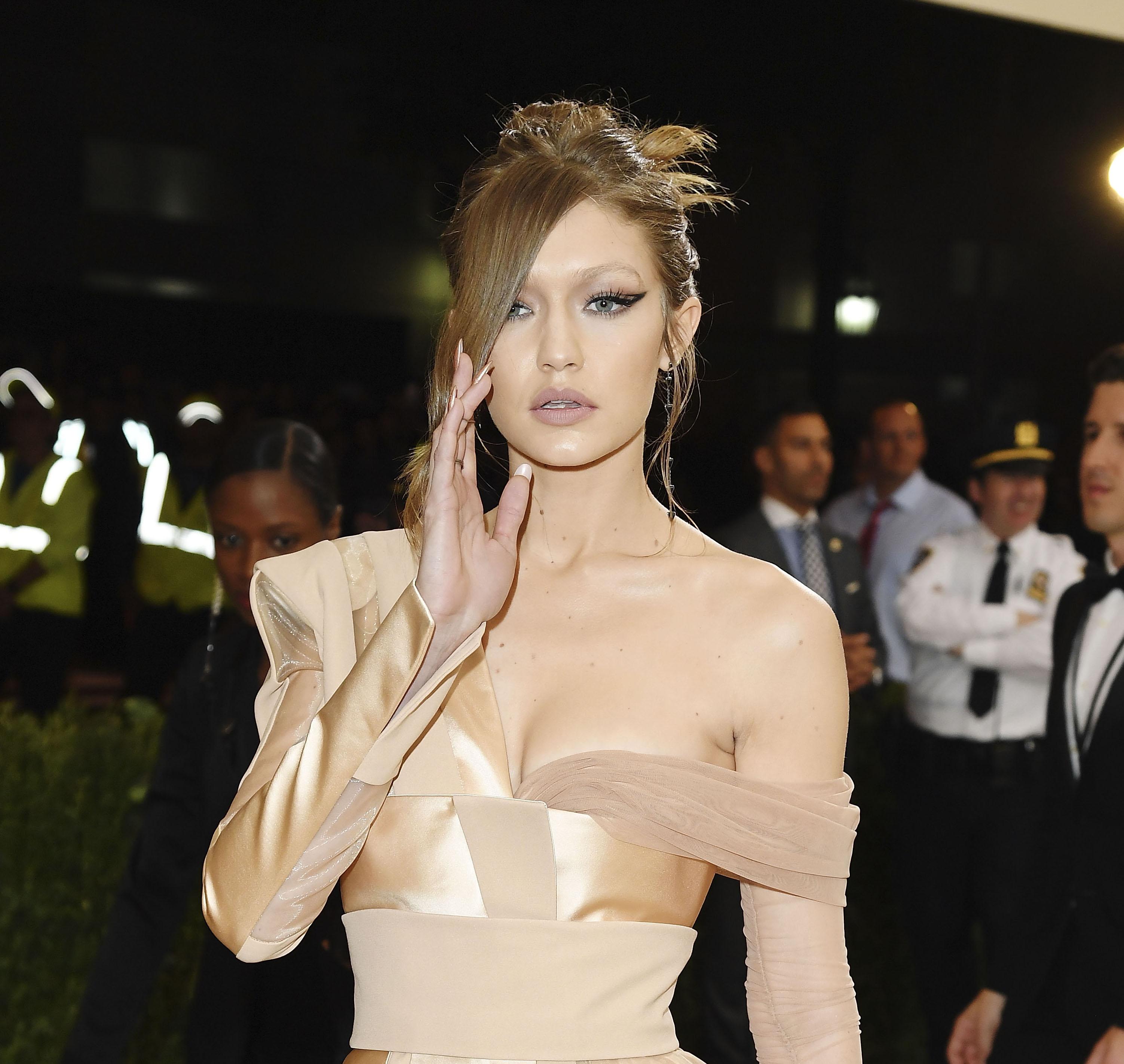 Jay-Z Gets a Big Gig at Puma (Vogue)
It was learned late Monday night that Jay-Z has been hired as a creative director for Puma and tasked with reviving it’s sleepy basketball category. The rapper will not only oversee design direction of the brand’s basketball kicks and apparel, but will also consult with Puma on which basketball players they chose to rep the brand. Jay was previous a part-owner of the Brooklyn Nets NBA team, having paid a reported $4.5 million for his stake in the team, though it was a minuscule stake. In 2015 the NBA adopted what the press quickly called “The Jay Z Rule,” mandating that all investors had to own at least 1 percent of the team. Jay later sold his bitty share because of the rule, coupled with the fact that he entered the sports agency game, launching Roc Nation Sports, which poses a conflict of interest. “It was never about an investment; it was about the Nets and Brooklyn. My job as an owner is over but as a fan it has just begun,” the rapper said at the time. 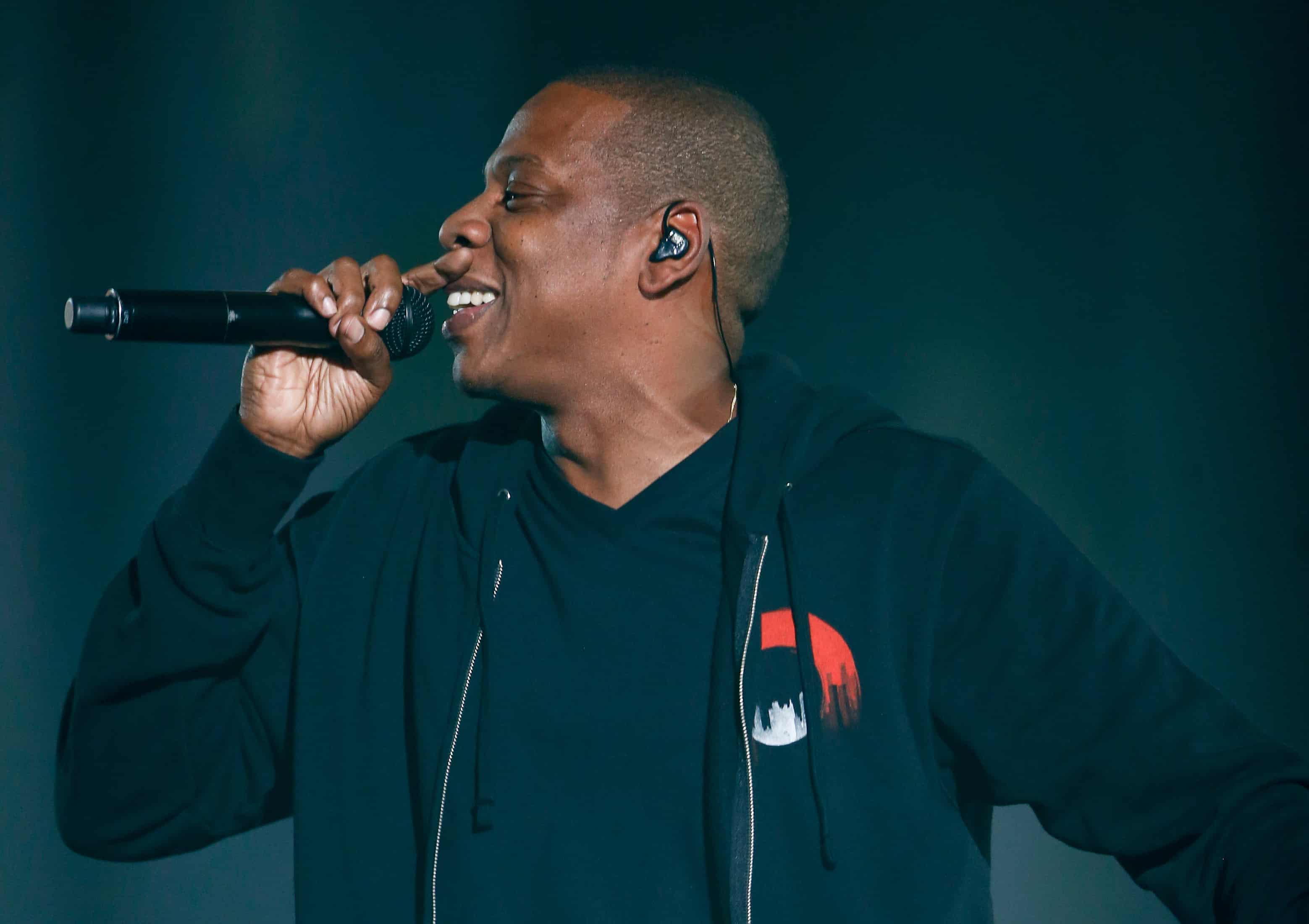