Pratt Institute Honors Francisco Costa! Plus: The Fashion Show You Have To See To Believe 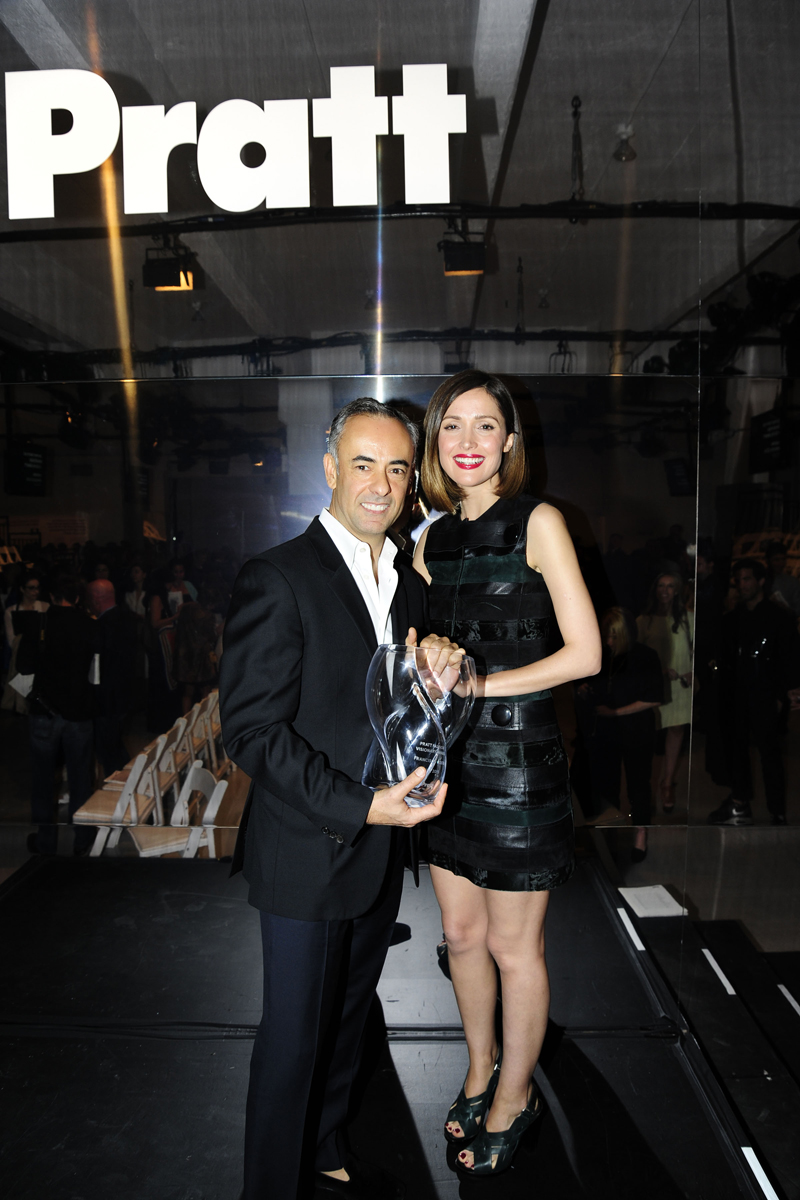 Last night, Pratt Institute held their annual fashion show of graduating seniors at Center548, but first took a few minutes to honor Calvin Klein Collection’s creative director Francisco Costa with their Visionary Award. His pal actress Rose Byrne was on hand to honor the designer, telling the crowd of nearly 400 guests that he dressed her on one of her biggest days in her career. “The first time we met was in 2008 for the Emmy awards, which was my first red carpet. I was incredibly nervous,” she said of Costa, who also dressed her for the Met Ball earlier this week. “He’s kind and he’s gentle. I’ve been fortunate enough to wear Francisco’s designs to many events and get a further understanding of the depths of his talent. The understated elegance of his creations help women feel both feminine and powerful.” Well said. Past honorees of the Visionary Award include Thom Browne, Fern Mallis, Ralph Rucci, and Hamish Bowles, to name a few.

After Costa accepted his honor, he turned the attention to the graduating students who presented a lengthy show of looks that were OUT THERE to put it mildly. (Scroll down to see what we’re talking about. You won’t regret it.) Clearly commercial looks aren’t high on the priority list, but the designs were well tailored and thanks to some top notch models walking, it was evident that creativity is alive and well in the class of 2015. The show also had an impressive front row that included Ariel Foxman, Eric Wilson, David Yurman, Fern Mallis, Stan Herman, Margaret Russell, Jacqueline Terrebonne, and Italo Zucchelli. Serving as a fundraiser for Pratt scholarship funds and the Institute’s Department of Fashion, the event raised nearly $235,000. After the show guests carried on to the Dream Meatpacking District to salute Costa and the graduating class at a cocktail party. Now go peruse the lewks below.