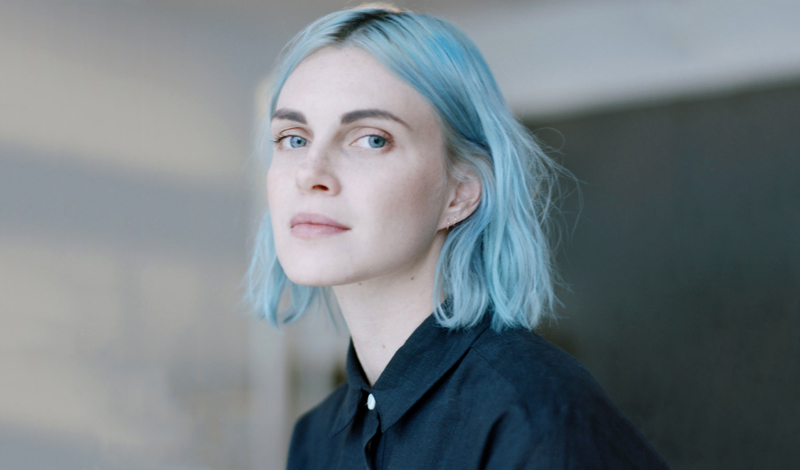 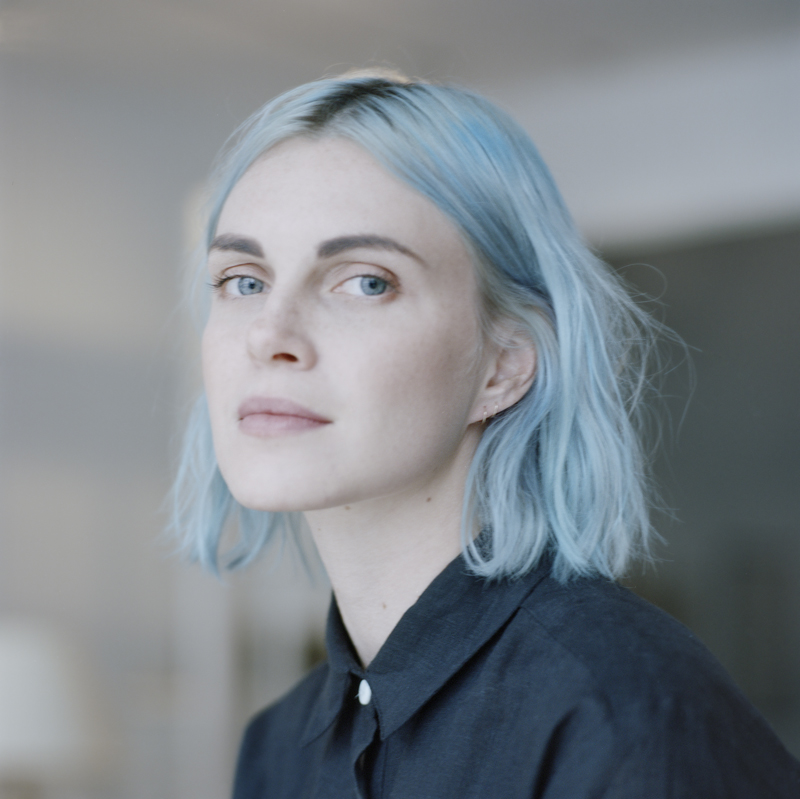 Phoebe Dahl (granddaughter of children’s author Roald Dahl of The BFG and Matilda fame) released her Spring/Summer ’16 collection for Faircloth & Supply, a line of whimsical separates and dresses launched in 2013. It’s won over fans for transforming basic fabrics like linen into chic everyday staples–and for giving back. Faircloth & Supply uses a one-for-one model and partnered with General Welfare Pratisthan and The B Project to supply Nepali girls with the uniforms required to go to school. So far, Dahl’s aid has reached more than 5,000 Nepali girls. She fills us in…

You come from a creative family, but how did you land in fashion?
I grew up in Los Angeles, and went to FIDM San Francisco and then London College of Fashion to study fashion photography. I moved to Amsterdam for three years, where I was working for a designer, who I joined on a work trip to Japan and India. It was my first time to both of those places, so I was super inspired by the street style and the way women wear these beautiful oversized linen pieces. I hadn’t seen anything like it before. India was my first time in a developing country, and there I saw firsthand the gender inequality. It was on the plane ride back that I came up with the idea to combine [fashion and philanthropy]. I went back to Amsterdam and designed my first collection, but I realized that I needed to come back home to really start it, so I moved back to LA.

What was the design process like?
It came pretty naturally to me, honestly. I’ve been sewing since I was a little girl. My grandma lived in Santa Fe and she had an antique furniture and fabric store there, so every time I visited her, she would teach me about the origins of all these different fabrics she had, from silk to old French linens. We would make little berets and outfits for me to wear. In high school, I did a charity fashion show as a school project. It’s what I had been doing for so long. This was re-finding that inspiration.

You’re known for using high-quality linens. Why do you favor the fabric?
I love the lifecycle of the fabric. It just gets better and better with time, which is the complete opposite of what happens with most other things in the fashion industry, especially fast fashion. You get a piece and the longer you have it the worse it gets and eventually you have to throw it away. Linen is the complete opposite. The longer you have it, the better it gets, the softer it gets, and it kind of takes on these other forms. It looks good wrinkly, it looks good starched. You can wear it so many different ways and it’s breathable, comfortable, and incredibly elegant looking.

Who do you design for?
It started off being just for women but a lot of my designs blur the line, so I have a fair amount of male customers, which is awesome. I love that. It’s a socially conscious person, somebody who cares where their clothing comes from, who likes buying mindfully and loves to travel. The pieces are very versatile because they’re loose and oversized, so you can wear them on the airplane, while you’re traveling, and to a nice event or dinner. It’s perfect for the traveling person who doesn’t like to bring a lot with them.

How has Faircloth & Supply grown and evolved since it began?
When we launched in 2013, my collection was 15 dresses, because that’s what I knew how to make…that’s what I had been making since I was a kid, and it was comfortable and familiar. As I’ve become more experienced, my designs have become more detailed. Like, when I first started I couldn’t even imagine making a pair of pants that have a denim button…I wouldn’t like know where to go to have that put on. Now I have more knowledge and confidence. It’s also evolved with my personal style. I always like to design what I would wear…if I wouldn’t wear it then I wouldn’t make it. It’s a lot of separates, tops and bottoms, jackets, and a few dresses. We launched a basics line last fall that’s a lot of T-shirts and sweatshirts, so I wanted to make a linen collection that would be able to pair with that. It’s inspired by utilitarian workwear and it has a lot of intricate stitching details.

You just relaunched the website. What’s different about it?
It’s pretty much a rebrand, which I hadn’t t done yet. As time goes on style changes. When Faircloth first started it was a little more feminine, and the website was still reflecting that style. We want to have a website that is reflective of what Faircloth is now, something that will appeal to our current customers.

Where did the name Faircloth come from?
Faircloth is my father’s last name, but I go by my mother’s last name, which is Dahl. But it’s “fair” and “cloth,” so it’s perfect because that’s literally what I do. I remember toying around with different names, and eventually my mom was just like, What are you doing, you’ve been given the best name…just call it Faircloth.

How did you come up with the idea for a one-for-one model to benefit Nepal?
It didn’t start with Nepal, but with women’s empowerment and educating girls. I wasn’t specific about the country, but wanted to leave it up to fate…you know, whatever country presented itself to me. What was most important to me was being connected to a small grassroots organization where my contribution could make a difference and I could have a close relationship with the founders. I didn’t just want to throw money at a big company and have that be it. I eventually found General Welfare Pratisthan and The B Project, and pitched my idea to the founder about donating a school dress for every dress I sold. He loved the idea, and I booked a flight to Nepal and spent about two weeks with him learning everything about what he was doing. I completely fell in love with the country.

How do the school uniforms help to fight sex trafficking?
Firstly you can’t go to school in Nepal if you don’t have a school uniform. Most times, families can’t afford one. Girls who receive an education are more valuable to their families so they won’t sell them to traffickers or marry them off as child brides. I’ve spoken to a few girls who said that their school uniform acts as a body guard, because when traffickers come into the villages they won’t approach them because it means that they have a future ahead of them, and won’t be as easily persuaded. It all goes back to an education and giving girls a place in the community where she can be of value, have a voice, and be confident. That transcends generations…she’ll educate her daughters and it creates this ripple effect.

Will you take this initiative to other countries, too?
I would like to expand, but remain in Nepal, too. I would like to go into India, and eventually create sewing schools for girls and have some of my production run out of there, giving women jobs in places where they normally wouldn’t be able to and teaching them a craft that they can have for the rest of their life.

Right now you’re online only…will you explore entering a brick and mortar?
I’ll probably start small in LA. It’s important to me to find stores that are going to maintain and appreciate the message, so probably small concept stores.

Your grandmother was actress Patricia Neal, your mother is a screenwriter, your aunt is a writer and actress.. Do you credit the women in your family for creative inspiration?
We’re all supportive of each other, and we come from a family predominantly of women. They’ve all been my inspiration…in our family there is nothing that is too big or too out of sight. My mom raised me telling me that whatever I do or however crazy it is, if I’m passionate about it and I love it, just do it. She’s one of my biggest inspirations. Coming from a creative family, I was surrounded by that energy all the time, which I believe is contagious. And my grandpa as well, even though he passed away when I was 1, hearing all his stories retold. My mom definitely carried on his legacy and raised us in kind of a fantasy world. There were always crazy elaborate stories and adventures that I think that shaped me into who I am today.

And your cousin, Sophie Dahl, was a model for some time.
She was but not so much anymore. She was influential in the fashion industry, and is incredibly supportive of me. When I first started, she bought me a big stack of Vogue magazines and told me to find and research the editors. She had a business mind when it came to the fashion industry.

What’s your favorite Roald Dahl story?
I have a few of them, to be honest. I love The Twist because it’s so mischievous and fun. I also love Matilda just because she’s such a little bookworm and powerful as a young girl. I love that book more now as an adult than I did when I was a kid, looking at the message that it sends to young girls that it’s important to be educated and smart.

The BFG film comes out soon…do you plan on seeing it?
I saw it already! It premiered in Cannes a couple weeks ago and so I went to see it there. It was great!

The designs look very simple and comfortable for the helping girls because they always need the simple look to use for the daily life.