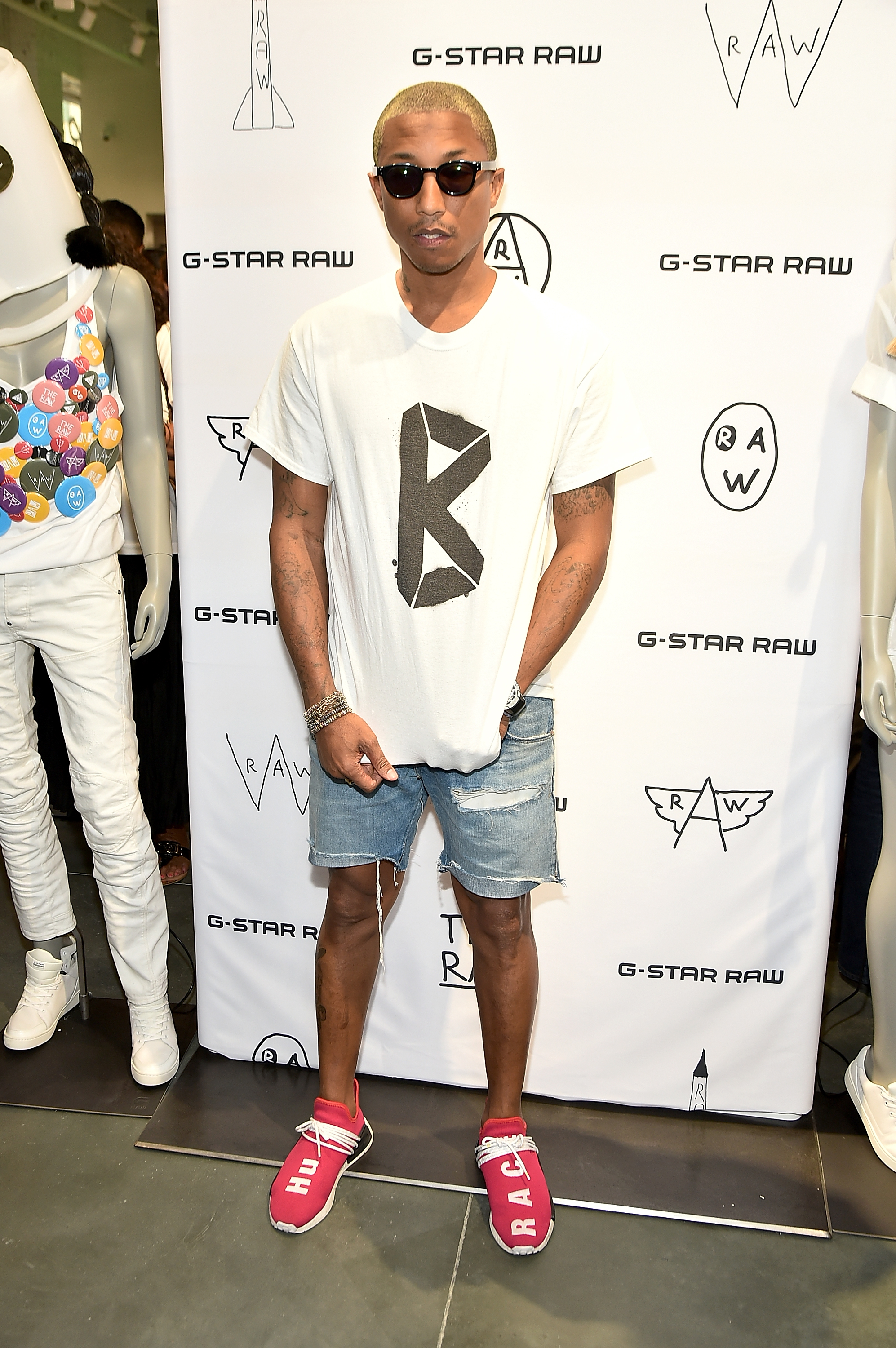 Pharrell Williams brought “happy” vibes to G-Star RAW’s new Fifth Avenue flagship last night, where he hosted a cocktail party in celebration of the store opening. Let’s just say he made quite the grande entrance. Williams biked with professional BMX riders like Nigel Sylvester, Austin Horse, and Anthony DeRosa from Williamsburg to Fifth Avenue, visiting different G-Star stores along the way. Each store joined the celebration by hosting different DJs, like Joey Bada$$ and Kirk Knight, who played in Soho, and Clark Kent at Williamsburg. As the singer approached the new digs, crowds snapped pictures of the adorable singer-turned-designer on their phones as they watched him walk into the store for the very first time. 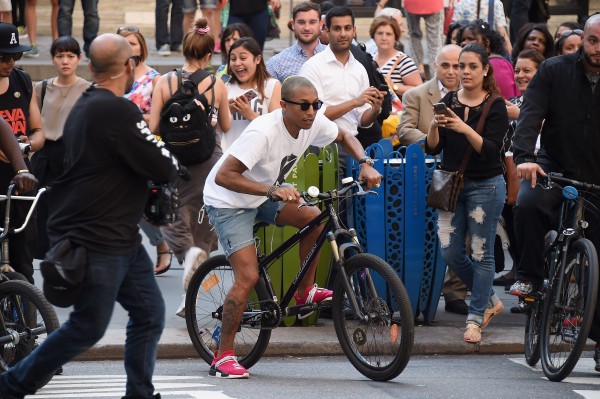 “We were looking for the most enjoyable and eco-friendly way for Pharrell to visit our stores in New York City,” said Thecla Schaeffer, CMO at G-Star RAW. “We realized that a bike tour would allow us to not only travel from store to store efficiently, but also have fun while doing so. ”

Williams’ relationship with the denim brand came to fruition in 2014 when they designed a denim collection made from recycled plastic materials. In February, news broke that Williams would become a co-owner in the company and would oversee the label’s collections, advertising, and business strategy as part of the role. Last night’s celebration took place two months after Pharrell showed international press and friends around his Raw Factory, a.k.a. the Amsterdam headquarters.

“We are now more message-driven,” Williams told us. “It’s a place where people can come and express themselves. If anything, that’s individuality. That’s what we push here. But these aren’t clothes—for us, these are mediums or platforms to express yourself. It’s not done until you take it home and draw or write on it or embroider on it—something to express yourself. That’s what this is—a store full of canvases. Our message is ‘do you.'”

The store features a modern design aesthetic and an open-window concept to hero the product and ensure the interior is visible from the outside. The mezzanine floor displays the denim stock, while the different jean fits are displayed on floating 3-D legs, another element intended to present denim in its purest, rawest form. Williams’ favorite part of opening the store on the corner of 41st street? “It was already in the plans before I got here, but I was particularly excited because it’s right across from the New York Public Library.”

If you’re curious how much his jean collection has expanded since taking on the new role, well…”as one would imagine,” he told us. We can only imagine!

Miranda Hobbes Is Running For Governor, The...