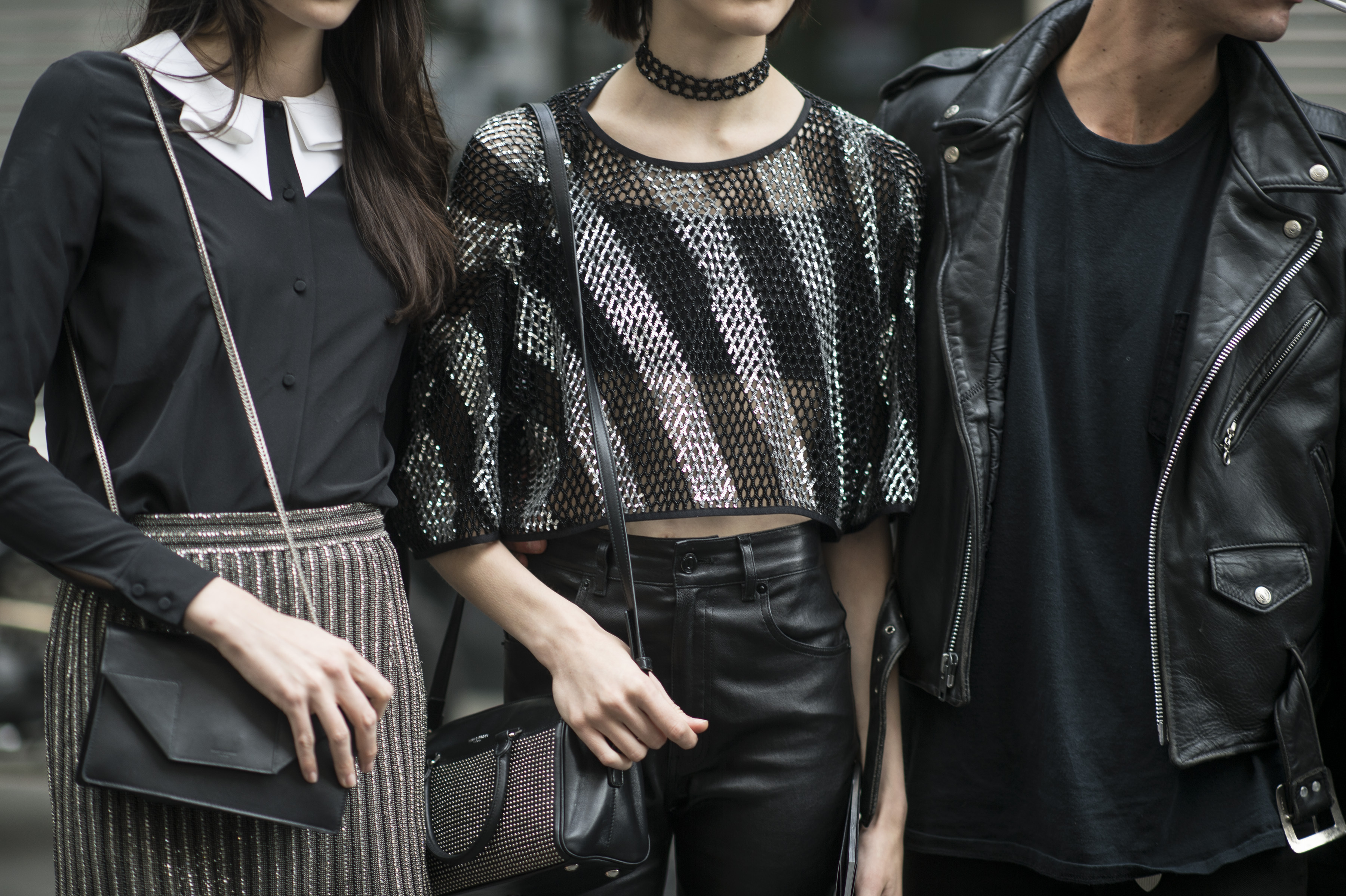 Paris Men’s Fashion Week wound down yesterday with a record 5,623 Joe Jonas appearances and shows by Lanvin, Saint Laurent, and Paul Smith. Lenny Kravitz donned sunglasses front row at Saint Laurent, but the male star power front row was minimal this season. Karl Lagerfeld was spotted at Dior Homme chatting with Bernard Arnault, while Candice Swanepoel, Kid Cudi, and Ansel Elgort also braved a few raindrops to sit front row. Once again, there was no lack of photographers outside of venues there to capture the street style looks rocking the sidewalks. Billy Farrell Agency’s Julien Boudet was there to capture it all for you and we’ve put together a collection of his best finds. Look out for Carine Roitfeld, Emmanuelle Alt, and a bunch of dapper Frenchies turning it out. We’re not out of Paris for long, since Haute Couture kicks off on Sunday, July 6th. Don’t miss our recent interview with an anonymous Couture front regular, who dished with us on what’s really happening at the shows. It’s a goodie.

Balmain’s Olivier Rousteing Goes For All Out...