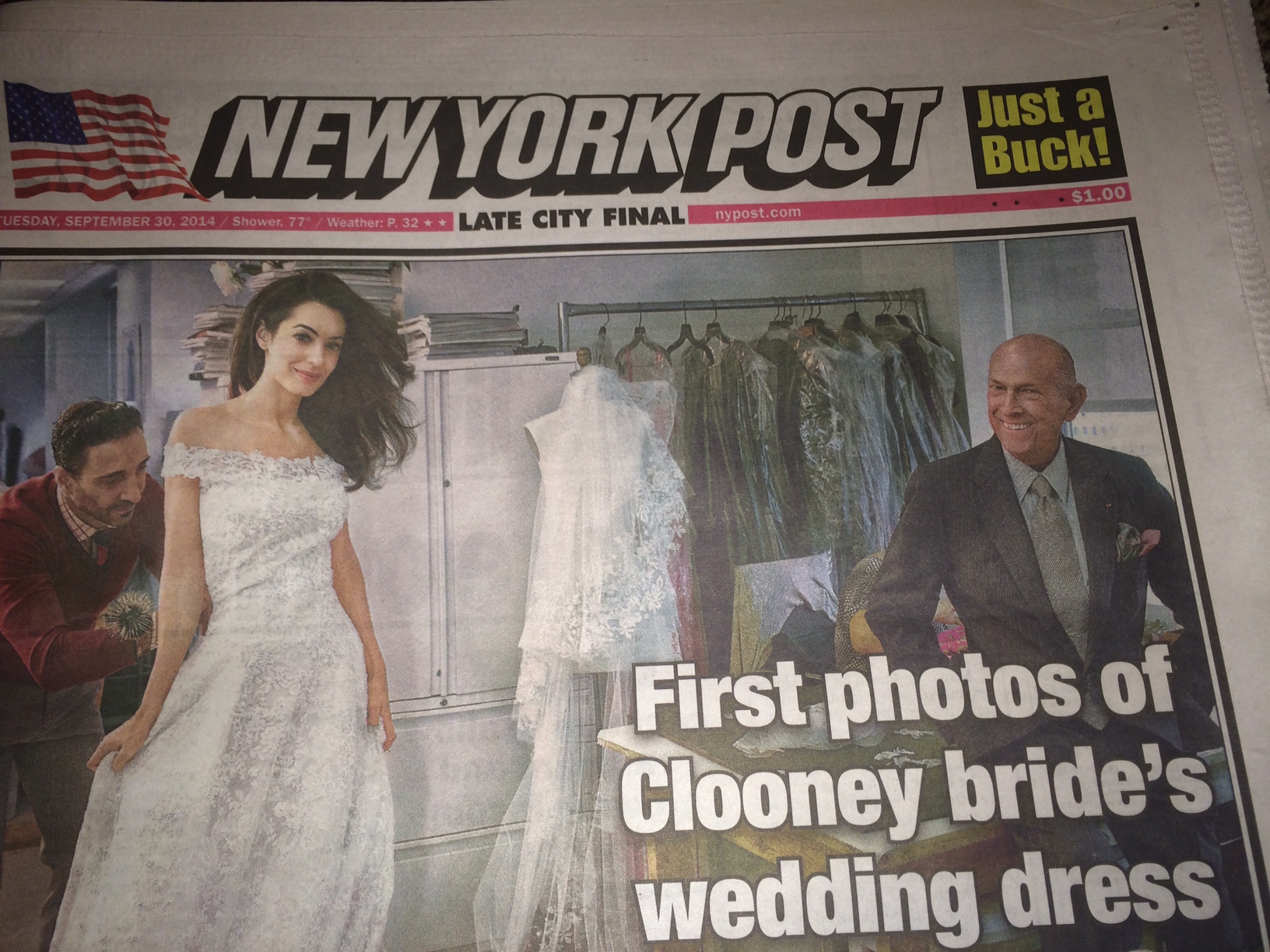 It’s not every day that an American designer takes a Clinton or Mayor de Blasio off the cover of The New York Post, but today Oscar de la Renta gets cover honors in a scandal-free story. He’s joined by George Clooney’s new bride, Amal Alamuddin, in the first shot of the wedding gown he created for her, which was shot by Annie Leibovitz for October’s Vogue. Obviously. The shot was taken two months ago at a fitting and the gown gets praise inside by the Post‘s fashion editor Serena French, who writes it will set the new standard for the new Hollywood royalty. “Class over crass.” Inside the paper (just a buck!) take a look at Mrs. Clooney as a style icon, appearing over the weekend in dresses by Dolce & Gabbana, Alexander McQueen, another Oscar, and our personal favorite, a Stella McCartney bespoke look for her civil ceremony yesterday. All eyes are now permanently on Amal Alamuddin. No pressure, love. 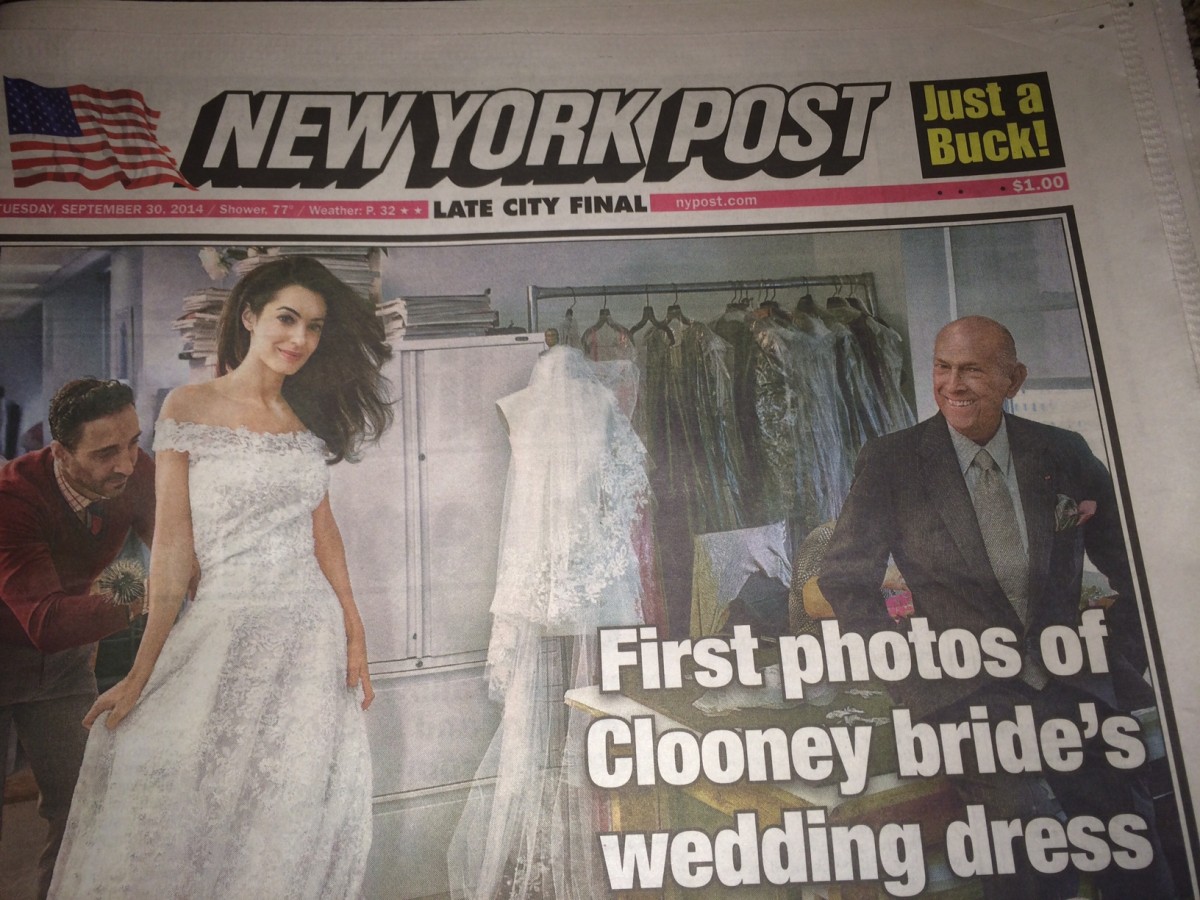 The Daily Davis, Vol. 2: Which Editor Just Got Engaged In Paris?