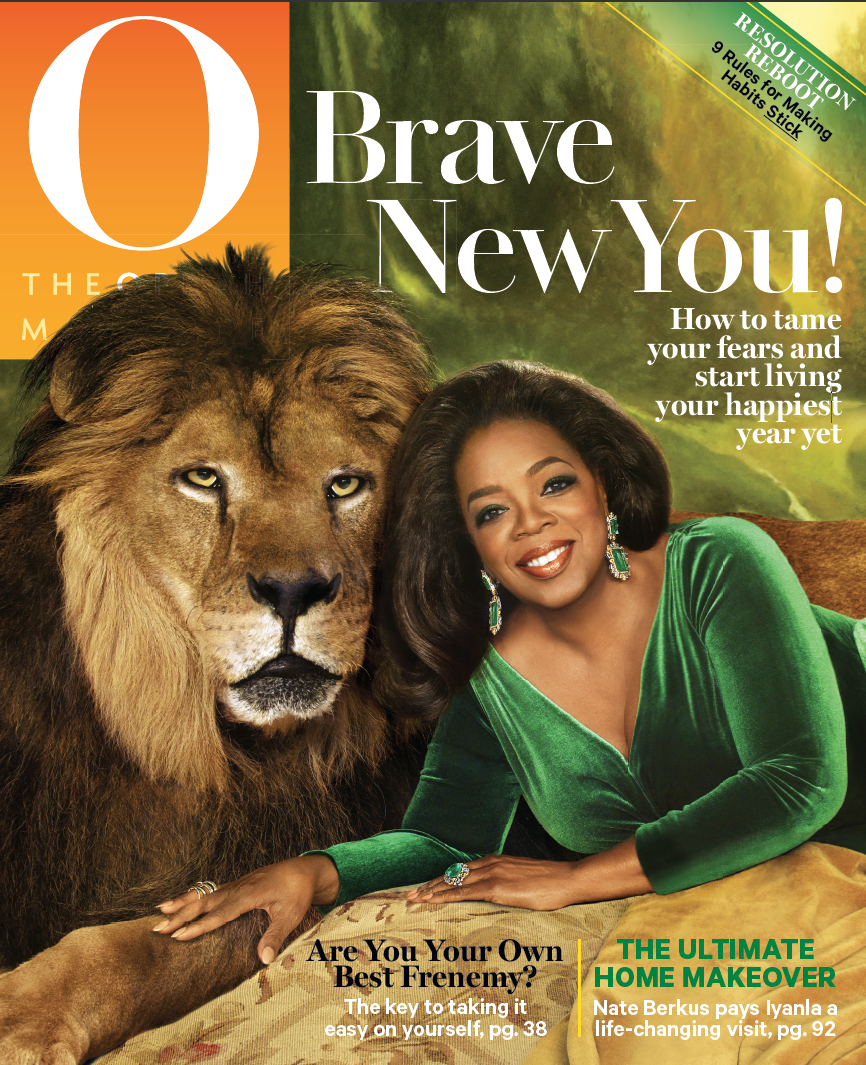 The folks over at O: The Oprah Magazine have the challenge every month of keeping their covers fresh with typically one subject month after month, but for January they gave Oprah Winfrey a little pal to ring in the new year. Beast, a 10-year-old African lion joins Oprah on the cover for the first time for their “Brave New You” issue, which hits stands on December 9th. Though it appears Oprah is snuggling up to Beast, she wasn’t that brave and never met the lion who was photographed the previous day by Ruven Afanador. Nobody puts Oprah in danger, mmkay? Her actual co-star for the shoot was a gigantic lion stuffed animal and Photoshop did the rest. As for the other VIP’s who have shared the cover with Winfrey over the years? The list includes Michelle Obama, Ellen DeGeneres, Rosie O’Donnell, and Dr. Oz. Oprah donned an emerald Marc Bouwer gown on her lion visit. Of her dress Oprah said, “This gown is like a glam version of Scarlett O’Hara’s curtain dress.” 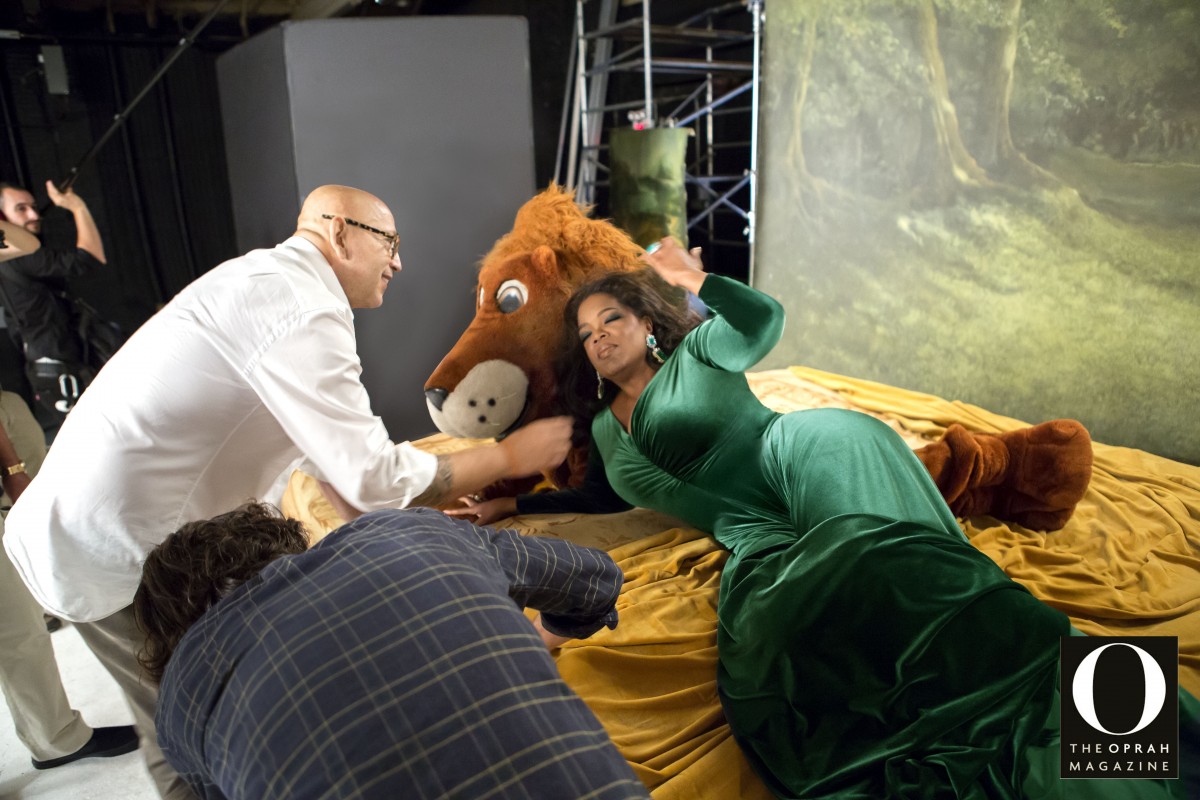 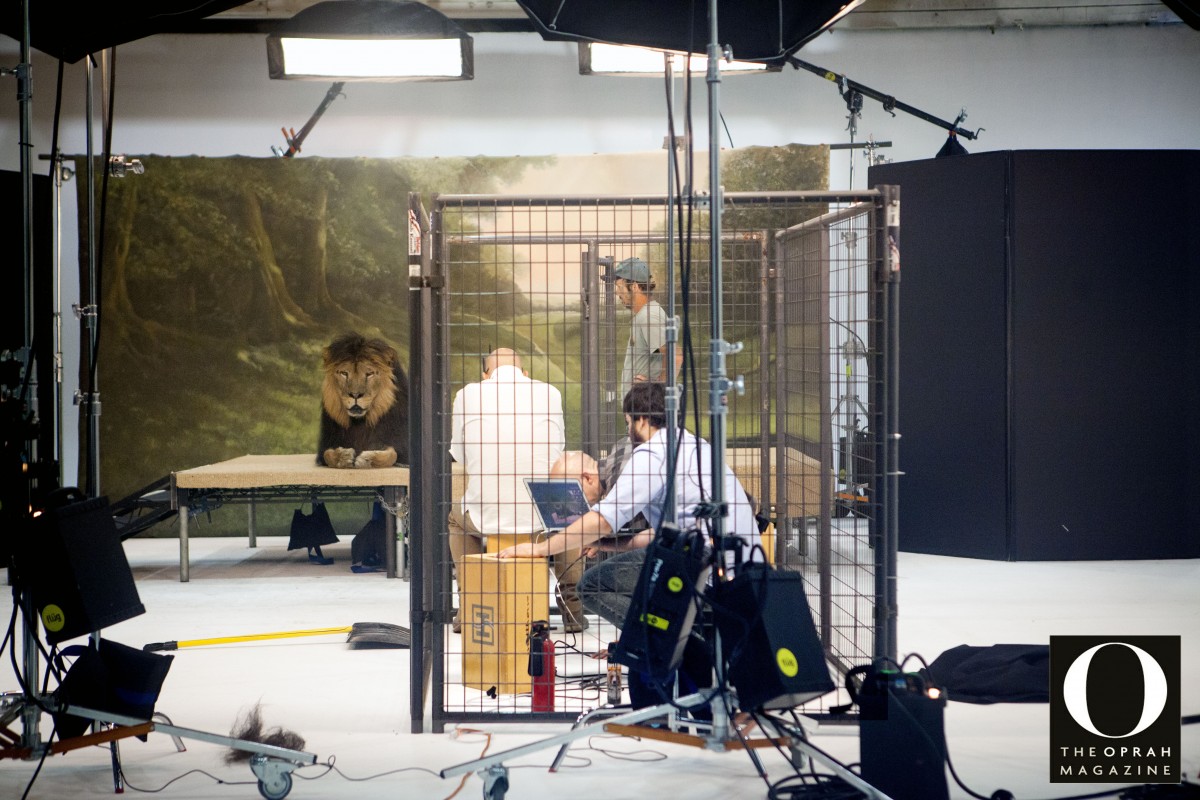 Look Of The Daily: Linda Fargo In Naeem Khan