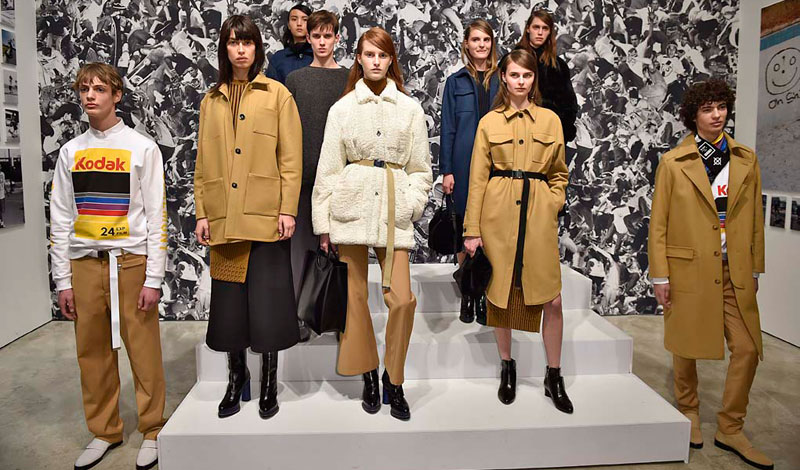 A Kodak moment: The Opening Ceremony Fall 2015 collection harkened back to a (quite literal) time where loose shapes were de rigueur, and tangible film ruled supreme. Several looks were even emblazoned with the Kodak logo and a color palette that felt like a late ‘80s homage to a simpler time. If it wasn’t clear from the garments themselves, the pared-down presentation itself pointed toward a more restrained and tactful approach. A small series photos, lensed by Spike Jonze, served as a backdrop to the handful of Opening Ceremony looks. The usual OC suspects made their appearances, like Rosario Dawson, though this season’s showing felt spectacularly more subdued comparison to last season’s one-act play extravaganza, directed by Jonze and Jonah Hill, that took over the back of house at the Metropolitan Opera. And who could forget the season prior where classic cars were set on fire just for effect? This time around, it was a subtler, but still very chic, affair.

Inside Today’s Issue Of The Daily: Heidi, Karl, Anja, And More!