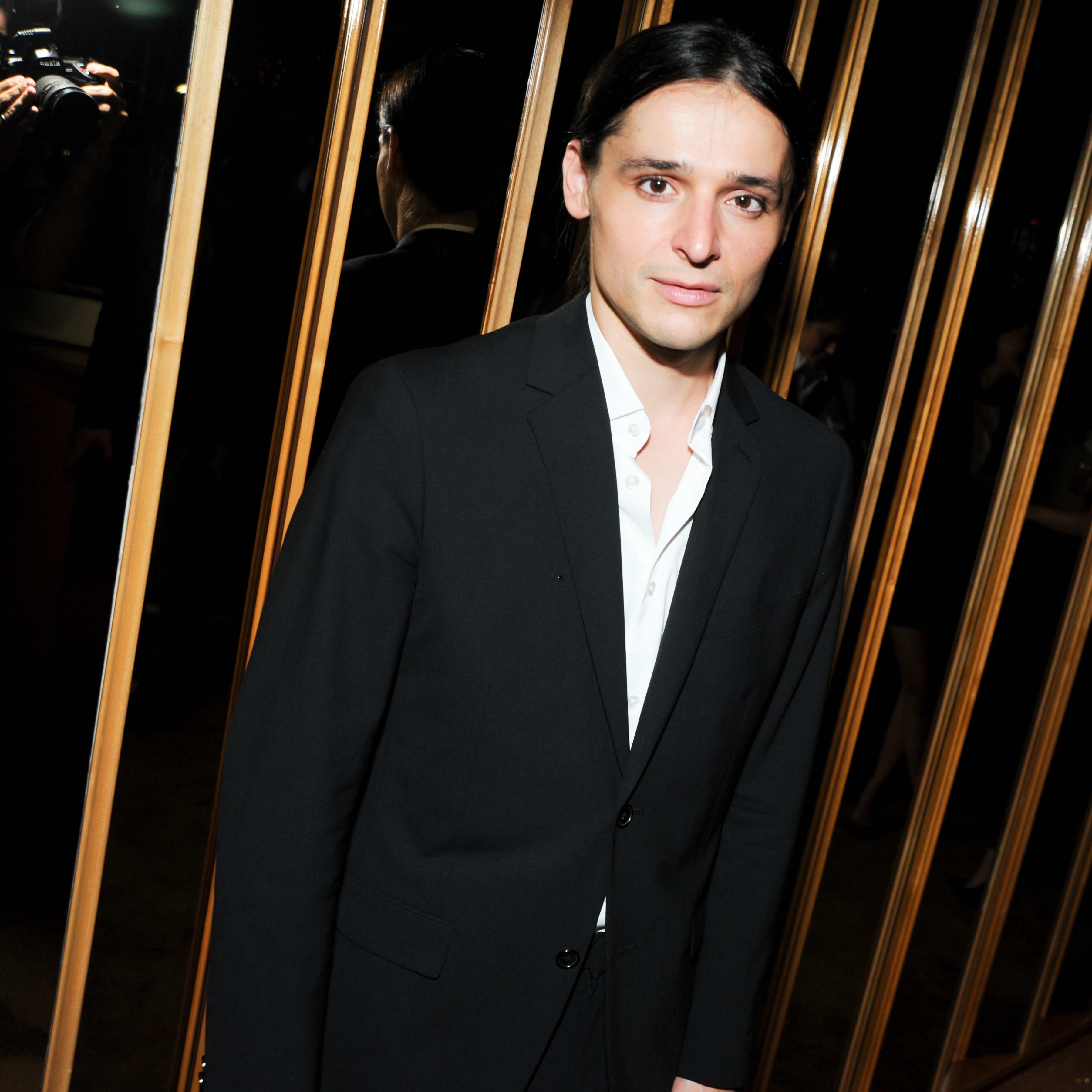 It’s official: After four years at Theory, Olivier Theyskens has departed from his position as artistic director. Theyskens joined Theory in 2010, when the designer was selected by CEO Andrew Rosen to give the contemporary label a new spin. And that’s exactly what he did. Under the name Theyskens’ Theory, the designer created a high-end collection of pieces in fine fabrics sold at higher price points than Theory proper. But while Theyskens’ Theory garnered great reviews from press had plenty of editorial cameos, sales didn’t meet expectations. The last Theyskens’ Theory collection was for Pre-Fall 2014, but the artistic director remained on board, putting his creative talents to use on the main Theory line.

Theyskens spent two years at the École Nationale Supérieure des Arts Visuels de la Cambre in Brussels before dropping out to begin his namesake label in 1997. Due to a lack of financial support, it shuttered in less than a year. He then moved on to costume design at Théâtre de la Monnaie and had his big break when Madonna donned one of his designs to the Academy Awards in 1998. In 2002, Theyskens was named creative director at Rochas. When the label was shuttered by Procter & Gamble, he moved on to become artistic director at Nina Ricci in 2006.

Your Daily touched base with some industry insiders to get their take on Theyskens’ adieu. First up: InStyle‘s fashion news director, Eric Wilson, who penned a rave review of the first Theyskens’ Theory collection in 2010 when he was at The New York Times. “Olivier’s appointment at Theory in 2010 was by all accounts a fashion shocker, pairing a daring runway designer with a contemporary sportswear label known for everyday career clothes. But to most everyone’s surprise, it worked, and extremely well in some regards,” he told The Daily. But perhaps it wasn’t working just as well as everyone assumed. Wilson continued: “Olivier told me several times how engaging he found the challenge of creating clothes that were both creative and commercial. At the same time, I don’t think anyone thought this would be a long-term marriage in an industry that thrives on change.”

Theyskens’ last collection chez Theory will be Resort 2015. While the designer’s next move remains unknown, he’s got fans aplenty in the biz rooting for him. “Olivier is a phenomenal talent and while his work at Theory was exciting, I hope to see him return to his high-fashion roots and the creative vision that he explored while at Rochas and Nina Ricci—I am so glad I still have pieces in my closet from those days!” Marie Claire‘s creative director, Nina Garcia.

Rumors are swirling already that the designer is being considered to take over the design reigns for Oscar de la Renta. De la Renta has battled cancer in the past, and ever since John Galliano briefly contributed to the designer’s Fall 2013 collection, the industry has speculated on whether or not he is looking for a successor. Theyskens would certainly be a logical fit at Oscar de la Renta, having built his early career on luxurious evening wear. In the meantime, we’ll have to wait and see where Theyskens lands as the industry’s top designers continue to play musical chairs.

Gardens, Cocktails, And Greenery At Much Ado About Madoo