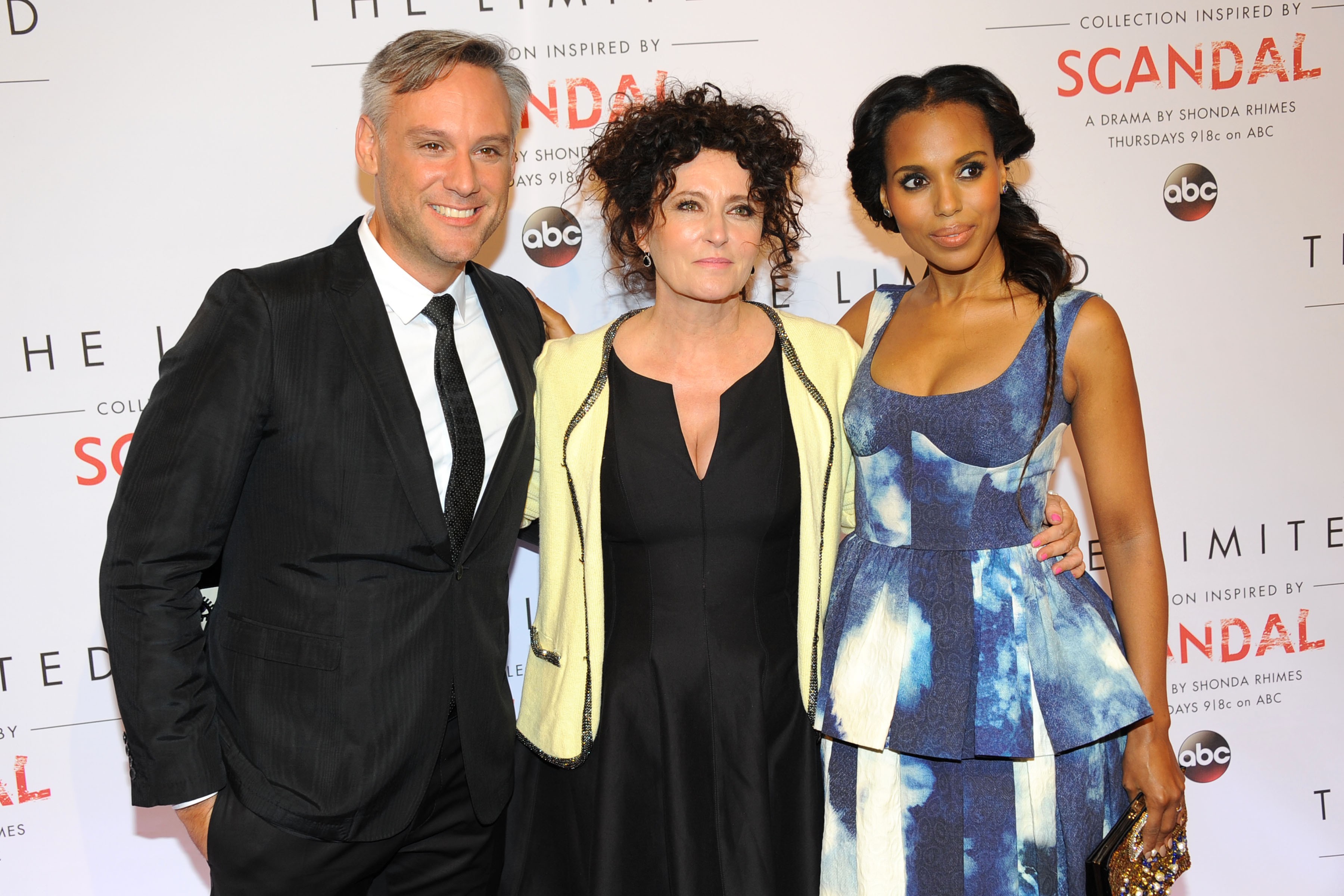 Olivia Pope left D.C. for Gotham last night when The Limited’s collection inspired by ABC’s Scandal was toasted at at the IAC Building in Chelsea. Kerry Washington, aka Olivia Pope, costume designer Lyn Paolo, and The Limited’s head designer Elliot Staples were on hand to show off the affordable collection of women’s apparel, with prices starting at $49. It’s the first design collab for the actress and costume designer, and they’ve included Olivia Pope’s signature “gladiators in suits” concept in the looks. The Limited is boasting that this is not only their first Hollywood collaboration, but the first time a national retailer, a network TV show, its costume designer, and leading lady have all joined forces. (However, it’s certainly not the first collection inspired by a TV show, thanks to the successful pairing of Banana Republic and Mad Men costume designer Janie Bryant…and who can forget American Idol’s ‘Authentic Icon Collection’ for Kohl’s? Good times!) The collection goes on sale today at The Limited and (clever, clever, clever) it’s only out for a limited time. Scandal returns to ABC on Thursday night for its fourth season.

Cara Delevingne Gets Deep With Allure