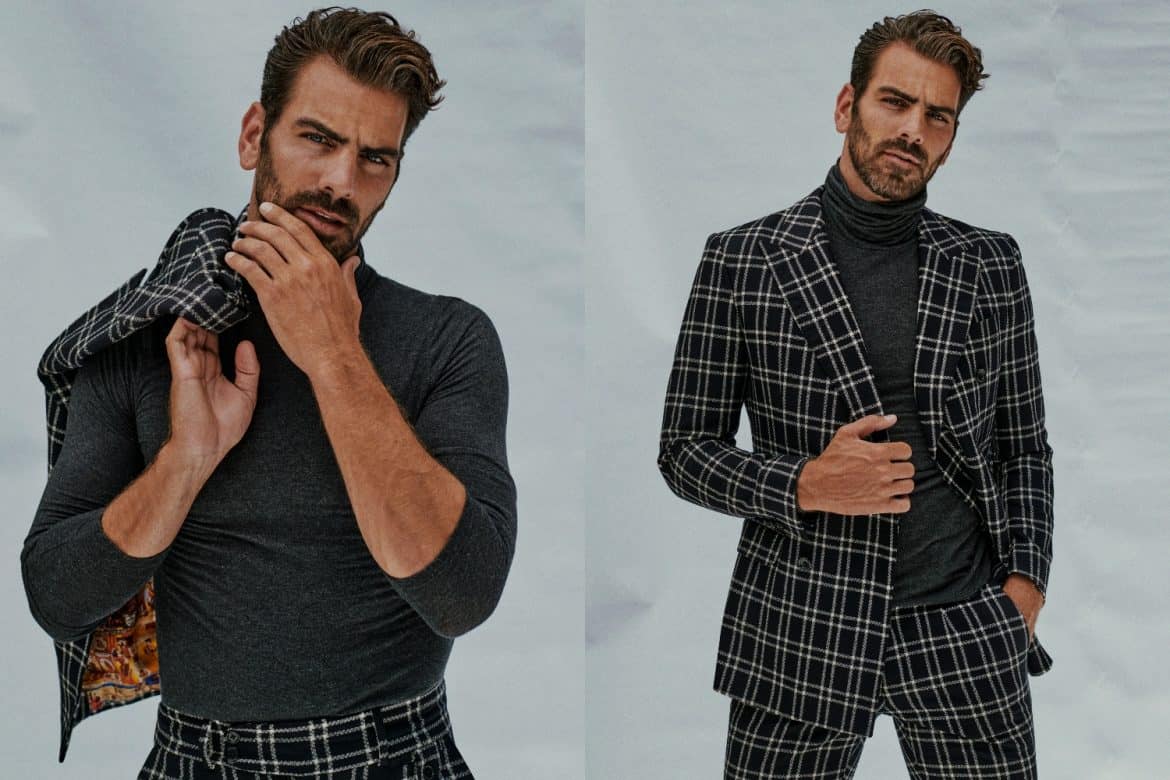 After becoming the first Deaf person to win Dancing with the Stars and America’s Next Top Model, Nyle DiMarco has made it a habit of changing people’s perceptions through television. Now he’s putting his producer hat on for the new Netflix doc, DEAF U, which comes out on Friday and features a group of Deaf college students as they pave their way through life. The impossibly handsome DiMarco tells us how the show came about and what he hopes viewers take away from it.

What’s the concept behind DEAF U?
DEAF U is a coming of age documentary series that follows a tight-knit group of Deaf students at Gallaudet University, a renowned private college for the Deaf and hard of hearing, in Washington D.C. The show captures the highs, lows, and hookups of college as they navigate life together. Their stories offer a never before seen, unfiltered, and unexpected look inside the Deaf community. No matter what your background or life experience is, I think everyone will be able to relate to the struggle of growing up and figuring out your place in the world.

How did you come up with the idea that this would work as a reality show?
I am a Gallaudet graduate and back in my college days, my friends and I always used to say that Gallaudet really needed a reality TV show because we knew it would be a hit. Every time we would go on spring break or venture out to bars or clubs surrounding the campus, hearing people were so fascinated with us. They would want to hang with us and they were obsessed with our language and how we communicated. So it was clear that there was a real interest in our culture. People outside our community really don’t understand the Deaf world, maybe they’ve never even met someone who is Deaf, so there’s a unique level of fascination. We have so much diversity and so much beauty within our community. We are not a monolith, we have complicated layers. Gallaudet is the perfect entry point for people to see the variety, depth, and breadth of who we are. When there was an opportunity with the Hot Snakes Media team to pitch the series idea, I knew I had to be involved and we found the perfect home for the show at Netflix.

What were your responsibilities as executive producer?
I have a wide range of responsibilities as an executive producer, from casting to developing and exploring the cast members’ storylines to overseeing the overall production schedule including pre and post productions. This was the first project where I have been able to really be hands-on from concept to premiere, and I couldn’t have asked for a better series to do that on. It opened my eyes to how much I really enjoy the entire creative process and fueled my passion to keep producing and developing content.

From the looks of the trailer, the show appears to portray Deaf people as sexual beings just like everyone else. Do you think the Deaf community has been ignored when it comes to being looked at that way? Why was including their love lives important in the DNA of the show?
Most, if not all, Deaf characters in media are portrayed as one dimensional, limiting them to an overused trope in Hollywood—their Deaf struggle. I wanted to veer away from that, and I wanted people to forget that they were watching a Deaf show. Love is universal and extremely relatable, so using their romance as a primary lens to see through is a hook to show people part of the Deaf experience without being preachy. So many people will be able to see themselves, their friends, or family members in one of the students on screen, whether they’re Deaf or not.

What was the casting process like for the show? What were you looking for when casting?
The casting process was a mix of open applications, people we discovered on Instagram or were recommended to us, and some were through my connections within the Deaf community. The degrees of separation are only two degrees—it’s very connected in that way. The group of friends that we see in DEAF U is just a tiny slice of Gallaudet. During the making of this show, I was adamant that we incorporate a diverse array of talent from our community. Not just about race, sexual orientation, and gender, but educational background and language usage as well. A great example of that is our cast member Daequan, who went to a hearing school and was reliant on his ability to speak for such a long time. When we first spoke to him he told us, “I’m not Deaf enough for this TV show.” And Tessa, who is culturally Deaf and comes from a “Big D” background, meaning she comes from Deaf genealogy and went to a Deaf school, was nervous about participating in the show for different reasons. It took a lot of communication and understanding between us and the cast because we had to show them that they were part of the representation that we needed to see, that viewers need to see on TV. This has never been done before so there was some hesitation at first, but I’m so proud of them all for being vulnerable and helping us put together a genuine and authentic show.

What would this show have meant to you as a kid and what do you hope people take away from it?
Growing up I never really had a moment where I identified or saw myself represented on TV. That built a narrative in my head that maybe Deaf people had no place in the entertaining stories that were coming out of Hollywood. There weren’t Deaf neighbors, teachers, business owners, etc. in the shows and films I saw. Nothing that showed all the people that make up our daily lives, let alone leading characters who were driving storylines. So, it was like my community wasn’t really part of the larger society that was constantly shown. That’s a dangerous frame of mind, to feel othered. I hope that viewers take a lot away from the series. Maybe that’s being less afraid to approach a Deaf person and start a dialogue. It could be realizing a sense of kinship, in that on some level we all have a lot in common. Mostly I want people to realize that we have an amazingly rich culture and that there is more to us than just being Deaf. This could be the start of a lot of Deaf stories on TV and in film, and hopefully the next generation has many opportunities to see someone like themselves on screen. 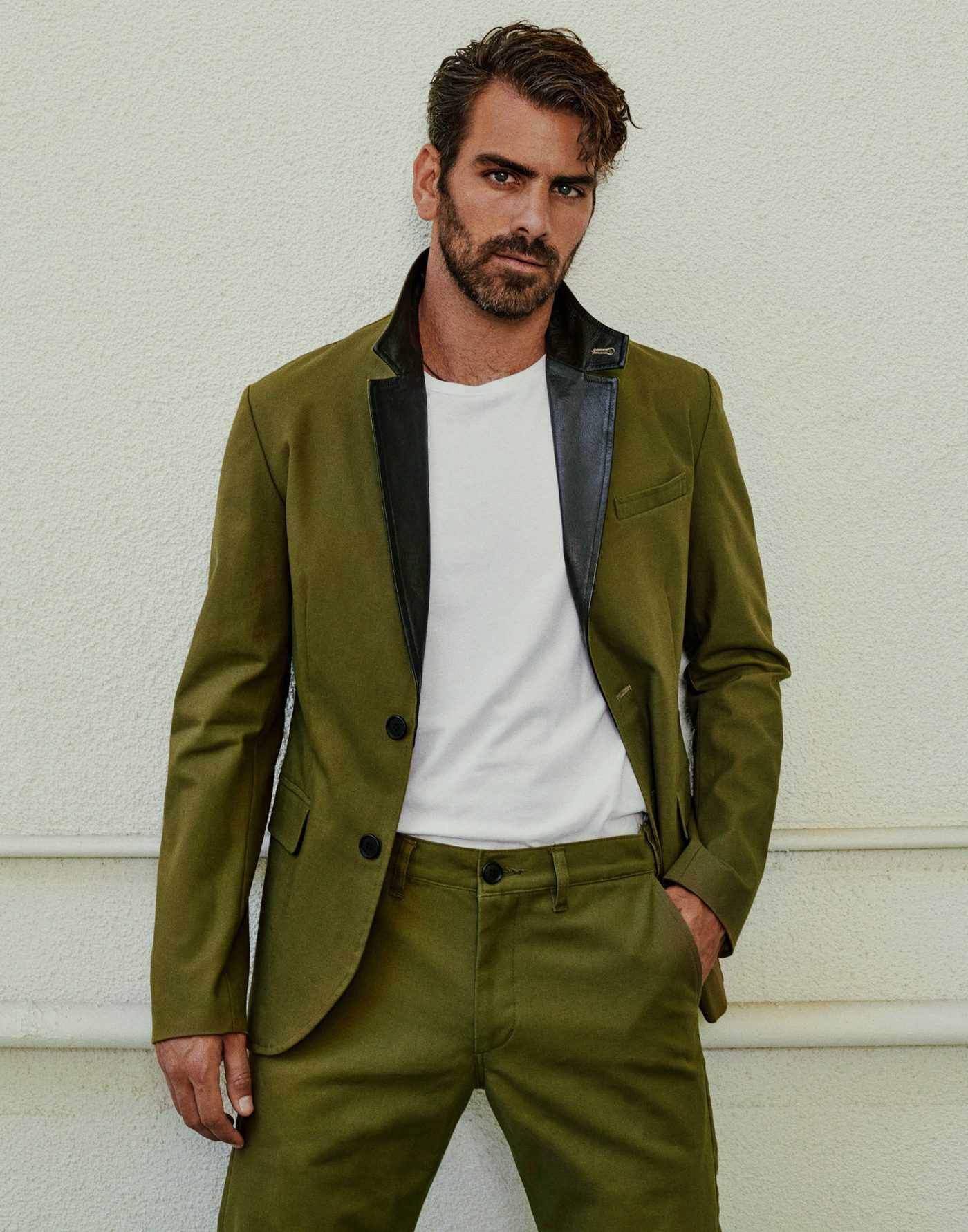 What other projects do have coming up?
I have several projects in the pipeline that will continue putting the Deaf community in the limelight. I’m producing another project with Netflix which is an immersive film, documenting the journey of high school athlete Amaree McKenstry-Hall at my alma mater, Maryland School for the Deaf. I’m developing a scripted comedy, which is loosely based on my life, with Daniel Dae Kim’s production company 3AD and Spectrum. I’ll be starring in that as well and am really looking forward to getting back in front of the camera. I’m also working with Jonathan King at Concordia Studio to develop a narrative feature, based on the real events of the “Deaf President Now” movement. The film is set during the week of protests at Gallaudet in 1988 after the University’s board of trustees selected a hearing candidate for president of the school over several equally-qualified deaf candidates. After eight days of rallies, boycotts, and protests, known as “The Week of DPN,” the selected hearing president resigned and Dr. I. King Jordan was named the university’s first Deaf president. There’s a lot happening and I’m grateful to be able to share stories that aren’t being told. The world is a diverse place and there’s room to share so many different experiences through entertainment.

This has been a crazy year for all of us. How have you been coping?
I’ve been coping well! I am enjoying this more streamlined life and do hope it will continue after the pandemic. Learning to occasionally unplug, slow down, and not be so worried about “being busy” is good. We need to take care of ourselves! I’ve reconnected with my passion for cycling and LA is the perfect city for it, with numerous scenic routes through the canyons and along the coast. I’ve been doing a lot of that the past few months and have been prepping for the world to see our new series. I’m so glad it’s finally coming out!

Well, What Would YOU Wear If You...