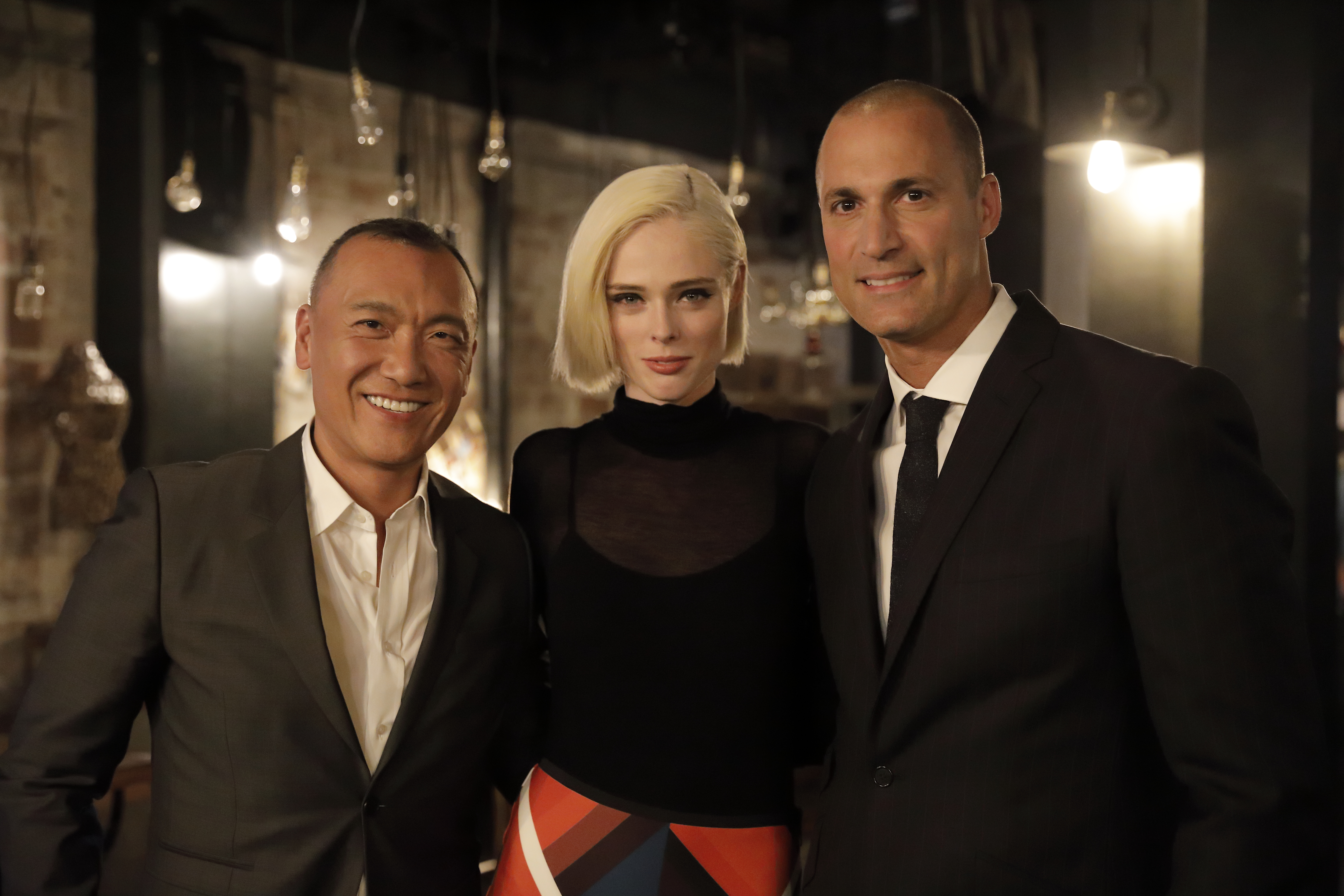 Former veteran America’s Next Top Model judge Nigel Barker is on the hunt for something else these days. That is, the next “Top Photographer,” which is the name of his new 5-episode online reality series presented by Adorama, premiering on YouTube on November 1. We were invited to talk to Barker during the filming of the finale along with one of his guest judges Joe Zee, who breaks down what the show’s all about…

Nigel, why do you think people are interested in finding the next top photographer?
Many years ago on Top Model, the number one thing I was told is that people always loved the photo shoots, the behind the scenes and the ‘making-of’ aspect of that show. I always wanted to make a show that broke down what it means to be a photographer in that part of the business. I waited and waited, but everyone was mostly really interested in fashion and modeling; the glitz and the glamour. It was really fortuitous that social media, in many respects, turned all of that on its head and gave everyone a camera. Here we are now where there isn’t really almost anyone on the planet who doesn’t have a camera one way or the other and isn’t taking pictures. A whole new wave of photographers arose in a matter of years—not just insignificant, but people who are brilliant at taking pictures and who have made a living out of Instagram, Snapchat, and Facebook and have hundreds of thousands, if not millions, of followers. It made me realize that obviously the world had changed, and there was this huge interest in photography that’s never been there before, so to create a show that put people from all different styles of photography against one another, the time was right. And to put a show like this on a YouTube channel versus conventional TV was another step in the right direction.

What makes a top photographer?
It’s that ability to edit yourself, to be able to apply who you are and what you are with your brand and your style to that job.We had tens of thousands of submissions into the competition.We got our final 1,000 to enter a video to show who they are and what they are. They gave us a two minute monologue, and then from that we selected down to the final 20. From there I looked deep into their portfolios; certain people popped out to me as having the personality as well as the craft. You have to have some sort of signature to your style. Otherwise, you could be charming, but you could also just be another wedding photographer that no one knows. But it’s been a lot of fun. I’ve really enjoyed the process in a way that I hadn’t for years, and I loved that we’re able to get experts to come in and allow our contestants to be educated and mentored.

Who’s your mentor in the business?
Obviously at my age, it’s hard to have anyone who’s alive doing it. [laughs] But Richard Avedon is someone who I always thought was amazing. I absolutely adore him—he’s one of my biggest inspirations as a photographer. His career is something spectacular and I actually lectured on Avedon for the Avedon Society all around the country. And again, he was a portrait photographer who became a fashion photographer, which is what I am, a portrait photographer who shoots fashion.

What’s the best career advice you’ve been given?
To not say ‘no’ to yourself. There are enough people out there that will say, ‘You can’t do it,’ so don’t be the person who says ‘you can’t do it’ to yourself. You only live once, so go for it, and hopefully once will be enough.

Joe Zee and Coco Rocha are the guest judges for the final episode. Why did you choose them?
I’ve worked with both Joe and Coco over the years multiple times. Obviously, Coco and I are great friends. I’ve photographed her as well as worked side by side with her as judges on The Face and she had been on America’s Next Top Model with me. She’s someone who has a great eye and a love for photography. And she has a terrific Instagram account—she’s really one of the first models who took advantage of social media and understood it before we had the Kendall Jenner’s and Gigi Hadid’s. Someone like Joe is an editor. He sees pictures all the time; they go across his desk nonstop. He knows when a picture is going to make money, and when it’s not. So, to have these people who are not just industry experts, but are also comfortable on television and know how to speak and deliver, I thought I couldn’t be surrounded by two better people who I know have got a lot to say, a lot to offer, and a lot to give.

PLUS! A Moment with Joe Zee…

The last time we saw you [at Fashion Week] you were walking around with your GoPro. Where is it?!
I know! I was just talking about it. That did really well—I was filming with a GoPro sitting in the front row of all these different fashion shows, and people who sat next to me would be like, ‘Joe, what is that?’ and I was like, ‘It’s a GoPro! It’s not like I’m taking out a vintage camera from the ’50s.’ I think people are just so accustomed to imagery and video from the phone that anything outside of the phone and a real camera has become such a foreign thing.

What’s your go-to way of capturing an image?
It depends on my mood…images have always been about my emotion. Sometimes I’m like ‘Oh, I hate food pictures,” and sometimes I take a picture of an empty plate. In my fashion editor life, I probably worked on thousands or tens of thousands of images. I’ve worked with some of the best and most amazing photographers in the entire world, from fine art photographers to A-list fashion photographers to up and coming photographers. I loved seeing how everyone saw things in a different way.

How do you know Nigel?
I guest judged when he was on The Face with Coco. It’s like a reunion. Nigel and I both did separate things with Tyra [Banks]—I did FABLife, he did Top Model—and then we guest judged this past summer at Miss USA in Vegas. I’ve just known him around, and he asked me to do this and I was like ‘Oh my gosh,’ because I love stuff like this. I love encouraging talent and seeing talent. I love seeing what’s new and how people create their best results under pressure.

Are you a tough judge?
Am I Simon Cowell? I think I’m honest, but I’m very encouraging and that’s sort of who I am. I’ve always been encouraging of people who work for me and people who come to see me, so I think I’m probably the same way with those contestants.