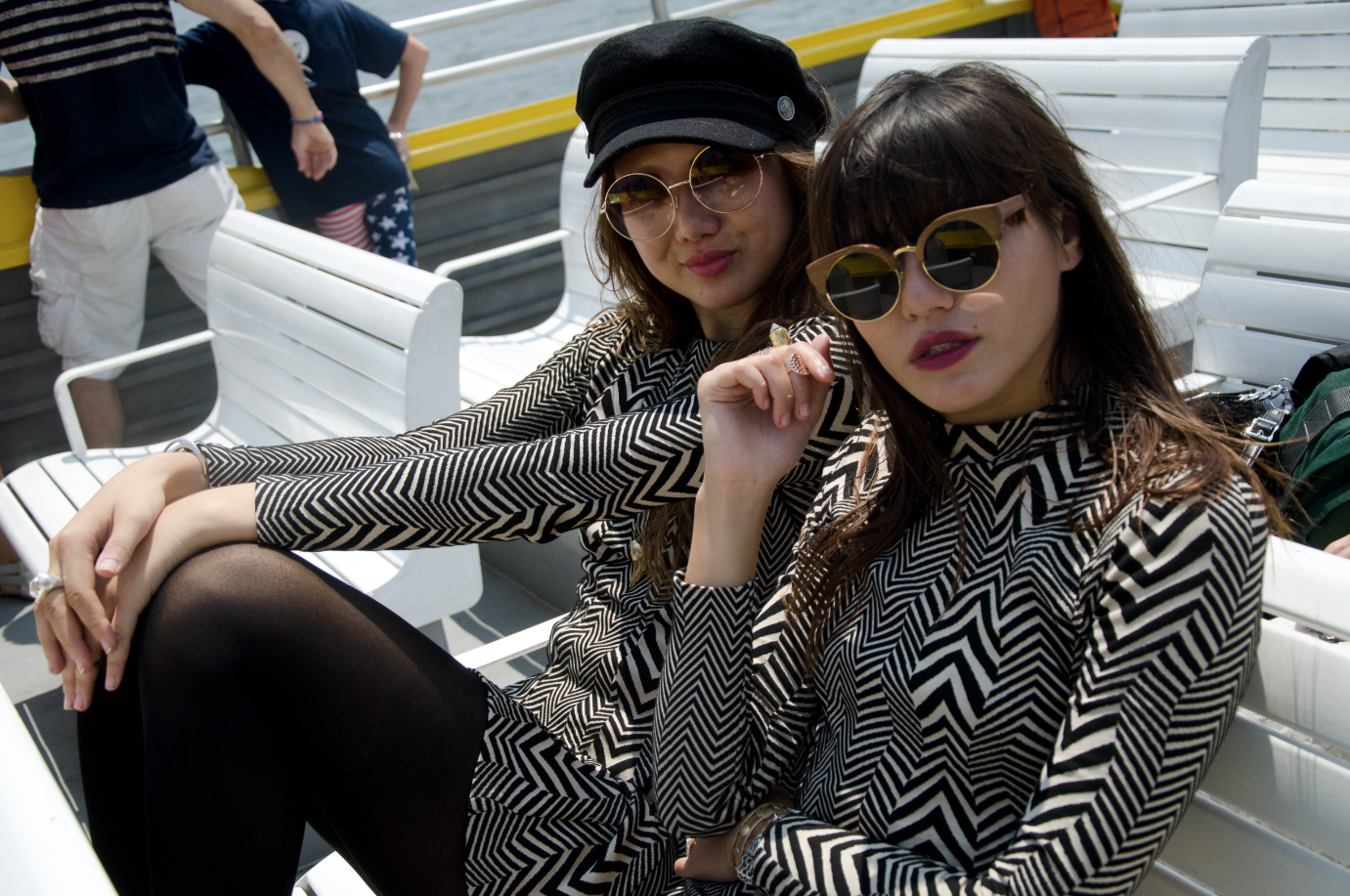 It’s raining bloggers! Nicole Miller tapped into the style blogger pool of PYT’s to show off her Fall 2014 collection in a three part video series on “Female Warriors” (#NMWarrior) with blogettes including Liz Cherkasova of Late Afternoon, sister duo Natalie Suarez of Natalie Off Duty and Dylana Suarez of Color Me Nana, and Christina Caradona of Trop Rouge. First up was Cherkasova, filmed by J. Ryan Ulsh in her hometown of California. Cherkaskova is seen all over town from West Hollywood to the Santa Monica pier in a mix of feminine, but edgy pieces from the brand to go with her ever so slightly pink hair. “The best part of fashion is the adrenaline rush,” Cherkasova says sometime after the opening scene, which features her on a roller coaster ride. “It’s about the confidence of being a woman. You don’t have to wear a suit to feel strong.”

Part two of the series, which was just released today, features the Suarez sisters on a Manhattan ferry, zooming around in a convertible, and splashing around in a in Connecticut. This time the girls shot themselves with their very own Go Pro camera and served up warrior wisdom like, “Being a New York woman you have to be that warrior woman everyday. It’s important to be daring and live life on the edge because you never know where it’s going to take you.” In one scene, the girls are featured in a matching black and white zig zag pattern with one in a dress and another in a skin tight crop top and pencil skirt. Can you tell them apart?

The third film will be released next Wednesday and will feature Caradona with her own warrior vision. Hers will reportedly be the most fast-paced of the three and will feature her on a helicopter ride over NYC, biking the streets, subway riding, and climbing a rooftop. If these fun, fierce vids don’t inspire you to go shopping, they’ll at least inspire you to get out of the house come Fall!