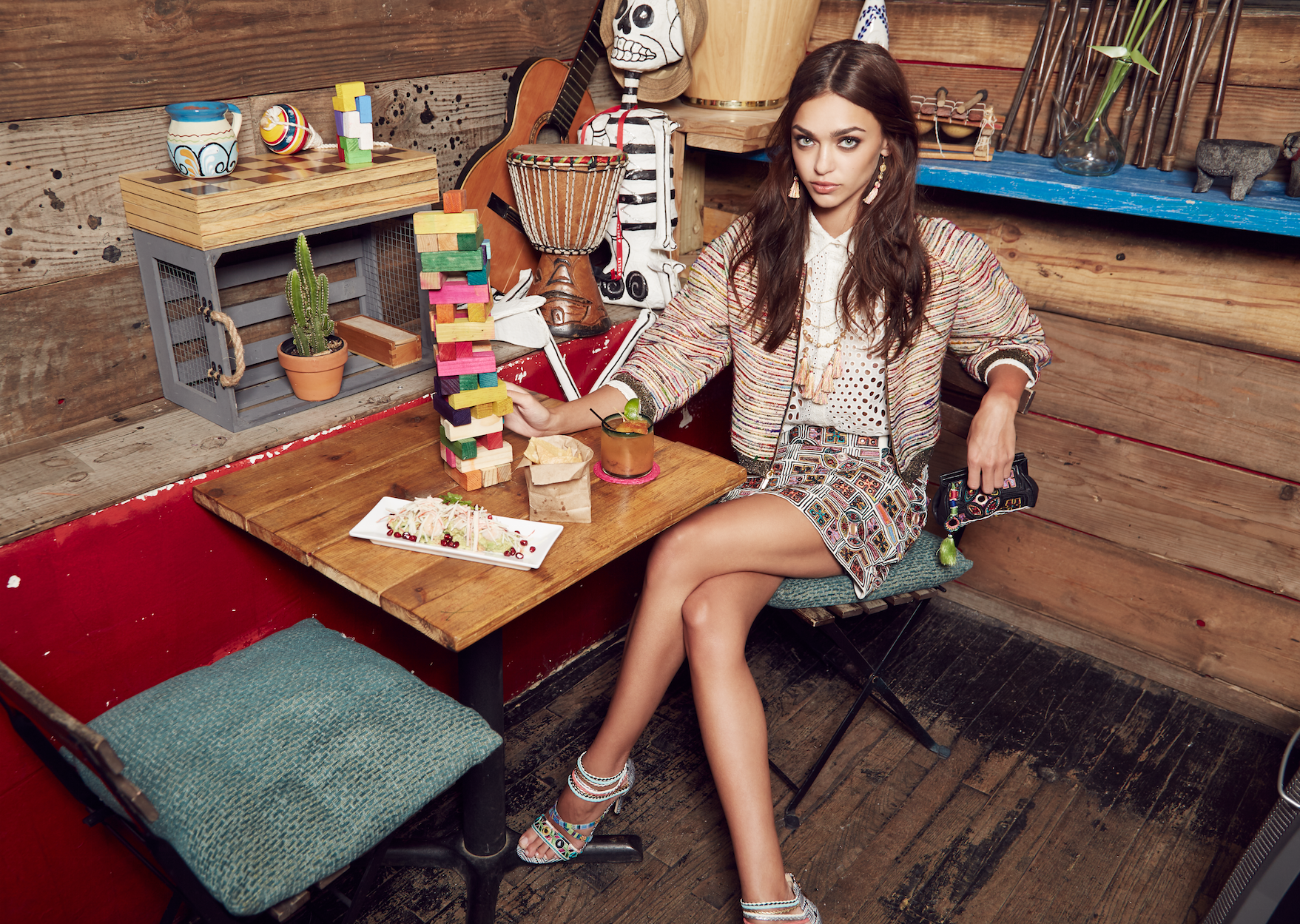 Nicole Miller looked to vintage Panamanian craftsmanship as well as contemporary NYC influences for her Spring/Summer 2017 collection and ad campaign. Mod Zhenya Katava stars in the campaign, which was lensed by Brad Triffitt on location at El Kallejon, a restaurant in Spanish Harlem. J. Errico was the stylist for the shoot, and Michelle Coursey was on both hair and makeup. The location was particularly important for the Nicole Miller team, who scoured New York for the parfait campaign backdrop, including street scenes, garden spaces, and even bodegas, but ultimately felt that the charming and authentic resto embodied the theme of the collection—a match made in heaven!

On the clothing front, you’ll find a “cultural mix” of patterns (keep your eyes out for the ‘Mola’ pattern, in particular) incorporated throughout the designer’s cutting-edge silhouettes, showcasing the fun, colorful, and rather edgy characteristics of the NYC-based brand. As always, Miller puts an emphasis on the strong and independent woman, and this campaign honors that.

Correspondence We Actually Received: “NYFW Quick & Easy Bites That Won’t Weigh You Down”