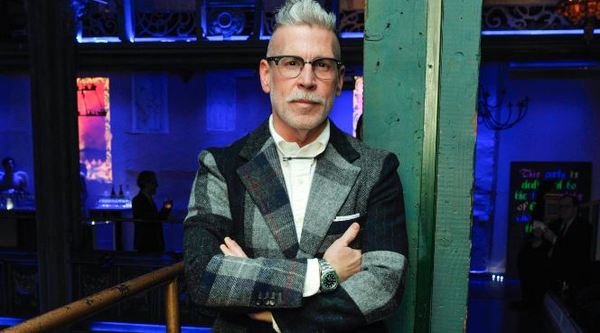 (NEW YORK) Retail vet Nick Wooster is tightening his ties to Lardini, the family-run Italian suiting label that he’s been consulting for this year. In an effort to enhance Lardini’s presence in the U.S., the former men’s fashion director of Bergdorf’s and Neiman Marcus will be creating a 12- to 15-look capsule collection that will draw upon the label’s tailoring focus. The street style star will be infusing the line with his a messier touch; the buttoned-up looks will be combined with more casual, sportswear-inflected details. Lardini was started in 1978 by creative director Luigi Lardini, along with his siblings Andrea Lardini, Lorena Lardini, and Annarita Lardini. The family outfit produced tailored menswear for the likes of Dolce & Gabbana, Valentino, and Salvatore Ferragamo. In 1993, the Lardinis started producing collections for their eponymous label.

And this isn’t the first partnership for Wooster; in September 2013 he bought a partnership share in Atrium from Sam Ben-Avraham, the owner of the New York-based retailer. Three months after the joint venture was solidified, the two business partners abruptly parted ways. Wooster served as Neiman Marcus’ men’s fashion director for a year and a half, followed by a run as JCPenney’s SVP of brand, trend, and design, a gig Wooster held until June 2013. Wooster has also been a buyer for Barneys and Bergdorf’s, in addition to serving as design director at Polo Ralph Lauren for a year in 1995. His experience also includes stints at John Bartlett, Splendid/Ella Moss, Calvin Klein, Rozae Nichols, and Gilt Groupe. His LinkedIn title is currently “Free Agent.” “By no means do I think I’m a designer like Rick Owens or Thom Browne, but I’m a retailer and somewhat of an editor,” Wooster told WWD. His Lardini collection will debut at either Pitti Uomo in Florence or Milan men’s fashion week this June.

LeSportsac Rings In Their 40th Anniversary With A Sweet Bash