Nick Gruber: All He Ever Wanted Was A Hamburger 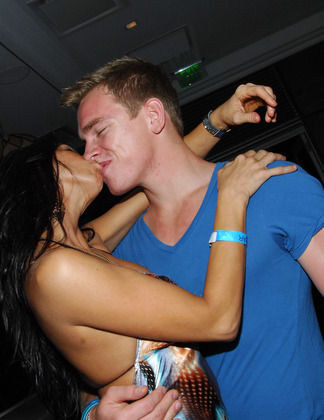 Heterosexual Nick Gruber is in the naughty chair again. Page Six is reporting that on Tuesday night the former flame of Calvin Klein got into an altercation at the Chateau Marmont in West Hollywood. Apparently he showed up at the hotel at 1:30 a.m. in search of a hamburger, but was told the kitchen was closed. Oh, hell no. The troubled 23-year-old got annoyed and allegedly got into a fight with hotel security, leaving his hand bruised. Gruber is claiming to sue the hotel and was heard complaining that André Balazs should hire a nicer staff. (Ironic, since the hotel is legendary for their divine service, but if the boy toy says so…) Last week TMZ revealed that Gruber has “pulled out” of writing a tell-all about his relationship with CK. A nation mourns.