Who Are New York’s Most Powerful Women In Fashion? 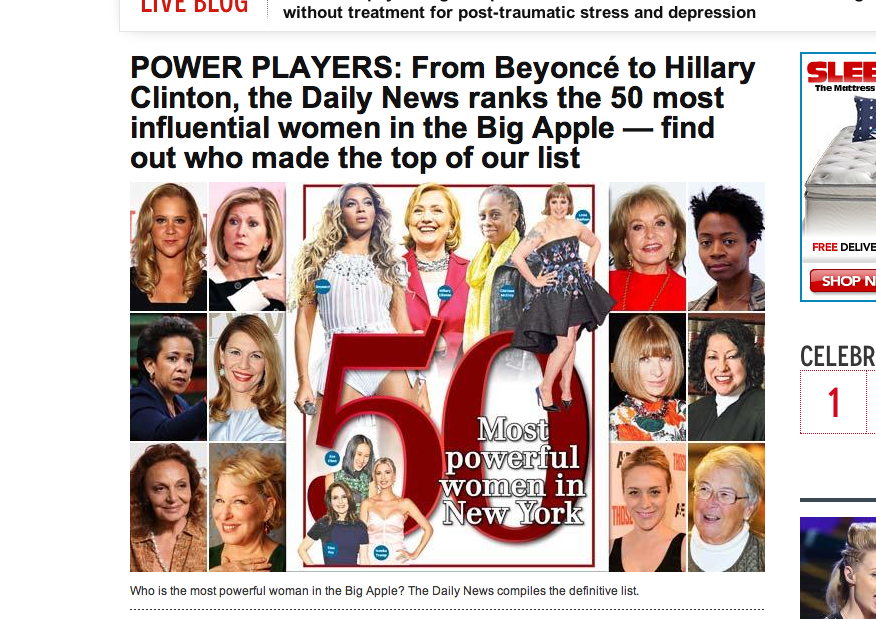 The Daily News has put together their list of the “50 Most powerful women in New York”, and a few familiar faces from the fashion world are included in the lineup. Making the cut this year were some obvious choices, like Anna Wintour, Diane von Furstenberg, and J. Crew’s Jenna Lyons, with some fresh faces making the list such as DKNY’s Aliza Licht, KCD’s Rachna Shah, and Lucky’s Eva Chen. Licht took to Instagram this morning to take a photo of her picture in the News and humbly wrote: “Incredibly honored. Thank you @nydailynews! But I am legitimately shocked. Like dead. Dead on the floor.” Justin Rocket Silverman is credited with putting the list together, which also includes Beyoncé (“who runs the world,” obviously) coming in at number one, followed by First Lady of New York Chirlane McCray, Hillary Clinton, and Kirsten Gillibrand. One name we didn’t expect to see, but we’re delighted they included? Chloe Sevigny, who comes in at 23. Now, who in your opinion from the fashion world should have been included?