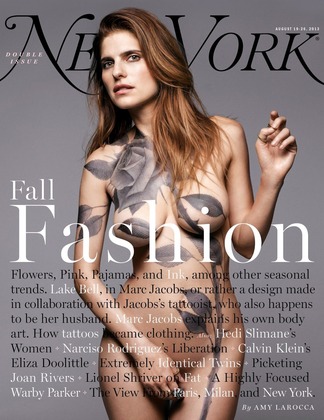 Lake Bell covers New York’s Fall Fashion issue (always a must read!) and she’s all inked up…but it’s fake, y’all. The double issue features Marc Jacobs talking about his own ink, a feature on Nick Gruber (hey, wait a second!), and a feature on Bell, who’s hitched to tattoo artist Scott Campbell. We learn that Campbell got Bell’s name tattooed on his back just NINE days after their first date. Now that New York has officially given tattoos their day, does this mean the ink fad will fade away a little or is it permanent?

Correspondence We Actually Received: Skedouche For The Holidays

Who Hit The Town To Celebrate Middle Child's Day?