New Barneys Flagship To Open In Chelsea In The Original Space 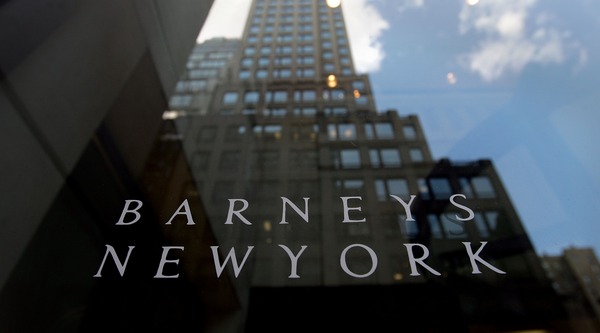 (NEW YORK) Barneys is going back to its roots. After shuttering its Barneys Co-Op in Chelsea this February, Barneys is returning to the neighborhood, but this time they’ll be opening a brand new flagship in the same building where Barney Pressman first opened shop in 1923. In 2017, the retailer plans to open the 57,000-square-foot space on 7th avenue and 16th street. In its new iteration, the store will be about half the size of what the original store was in its heyday as a 120,000-square-foot space. The new flagship will feature both men’s and womenswear, shoes, accessories, and beauty products plus, a Freds restuarant on the top floor.

Barney Pressman pawned his wife’s engagement ring to first open shop in 1923 with just $500. In its early days, Barney’s (then with the apostrophe) was solely a menswear store that sold discount clothing that Pressman found at sample sales, closeouts, and auctions. His son, Fred Pressman, eventually stocked the store with European designers. Womenswear was first introduced in 1976, and a full-fledged women’s store opened a decade later. While the Madison Avenue flagship opened in 1993 and remains in operation, the original flagship in Chelsea closed in 1997.

Barneys has closed 16 of its stores in the last three years and was in $590 million worth of debt in 2012 when Richard Perry bought the company. Perry’s hedgefund, Perry Capital converted the debt into equity, which gave Perry a mjority stake in the company and wiped out the long-term debt. Last year when Perry took over, the company had a record year for revenue. This year the company is projecting overall revenues of $1 billion.

Anthony Vaccarello To Design For Versus Versace