Net-A-Porter Brings Beauty On Board 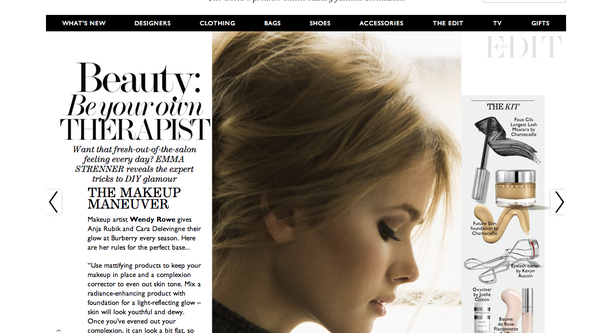 (NEW YORK) Rapidly expanding luxury e-tailer Net-A-Porter is branching out by adding beauty to their repertoire. The site had been toying with beauty editorially with content in The Edit, but not until now will shoppers be able to purchase what’s featured. Under a new channel on the site, called The Quintessential Edit, brands like Aesop, Joya Ames Soeurs, Le Métier de Beauté, Natura Bissé and Chantecaille will be sold on the site starting March 20th.

The new venture developed via a panel of 10,000 “superusers” giving feedback on their shopping preferences, which often focused overwhelmingly beauty. Expect prices to be just as high-end as the site’s roster of clothing and accessories. How much will it cost to beautify the Net-a-Porter way? Chantecaille lipstick retails for $35 a pop, solid stick perfume from Joya Ames Soeur will go for $500, and Philip B’s Luxe Russian Amber Imperial Shampoo will cost your mane $140 a bottle.

And that’s not all: The site has been so popular in certain countries, the digital luxury destination is launching Mandarin, French, and German versions next week. Just yesterday, a third distribution center opened in Hong Kong to expedite delivery times by one day to countries like Hong Kong, China, Japan, Singapore, Malaysia, India, New Zealand, and Australia, to name a few. And as luxury brands continue to expand in the East, it seems unlikely customers in those areas will bat an eye at the thoroughly luxe prices. Clearly, tout le monde wants a piece of the Net-A-Porter pie…
PAIGE REDDINGER

Alison Brod Gets Into The Burger Business

Stock Talk! How Tibi Got Into Neiman...