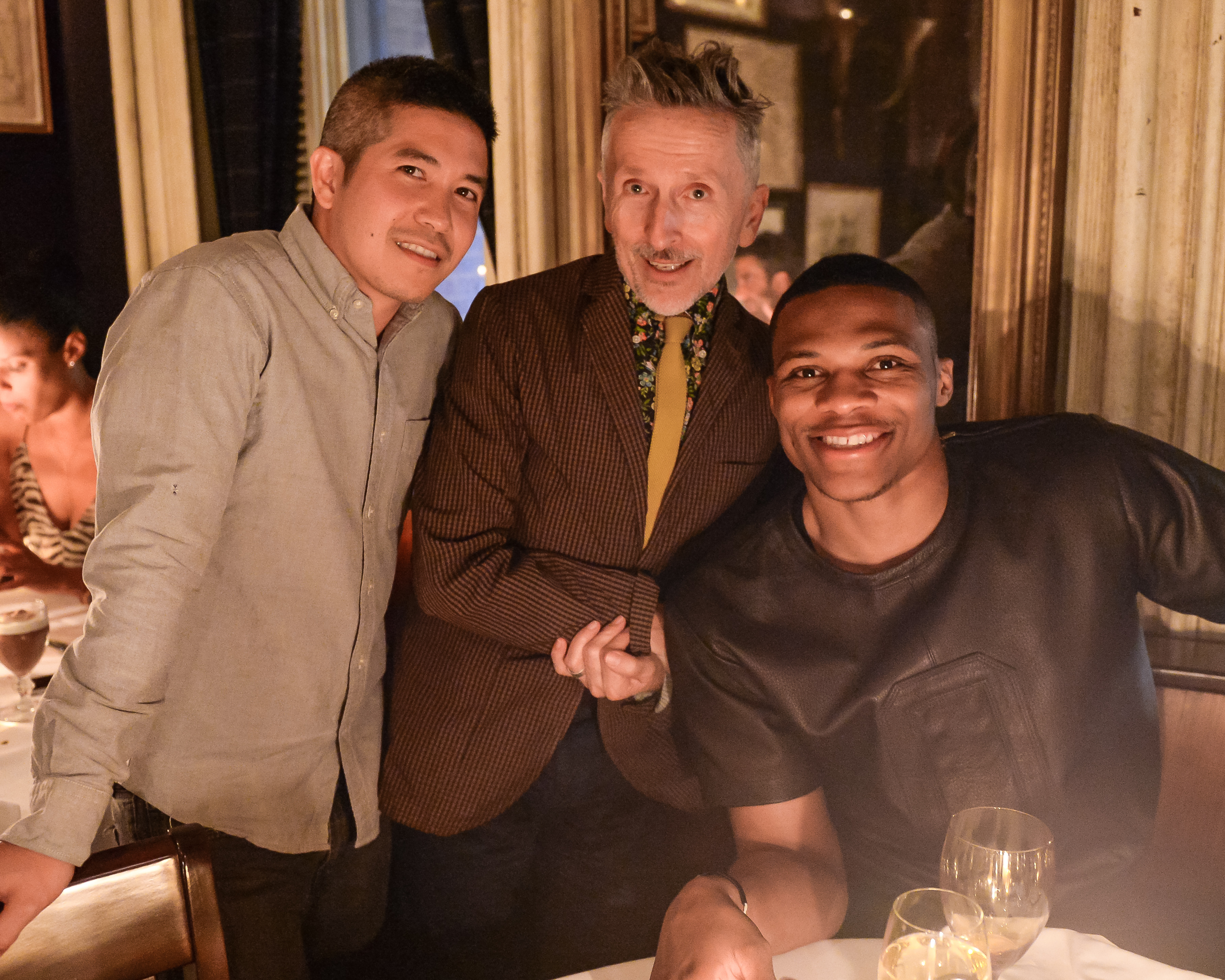 Last night, Barneys was filled with a heap of lurching and shouting fans, on hand for Russell Westbrook‘s debut collection, Westbrook XO Barneys. One step off the elevator and a blinding of flashing cameras left no doubt the evening was all about the Oklahoma City Thunder point guard, who has turned into a rising star in the fashion design realm. A bevy of labels, including Naked & Famous, Want Les Essentiels de la Vie, Selima Optique, Del Toro, Marcelo Burlon County of Milan, and Globe-Trotter make this partnership quite impressive. Westbrook’s teammate, Kevin Durant, even popped in for a few photo ops while the rest of the room got the best selfies their Instagram feeds have seen to date. DJ M.O.S kept the spirits high as attendees drank brews from Westbrook-branded cans, and just as the room began to settle, we were able to pass a few questions to Russell himself…
BY DREW HARRINGTON

You’re one of basketballs biggest off-court style stars right now. Did you have this same flair for clothing growing up?
Growing up I obviously wanted a lot more, but I wasn’t able to afford everything. I did love fashion, and was always looking for things that interested me.

How do you balance your life on the court and your life as a designer now?
The Barneys people and my team did a great job of making it easy for me. Playing basketball and getting my own line is time consuming, but at the same time it’s something that I love to do.

So it’s the result of a great team right?
Yes, that’s very important.

Any thoughts on bringing the line to the runway in the future?
Hopefully! That’s the ultimate plan. But right now, I’m just trying to take it one step at a time and see where it goes.

Matt Rice Promoted To Publisher At Style.com And NowManifest