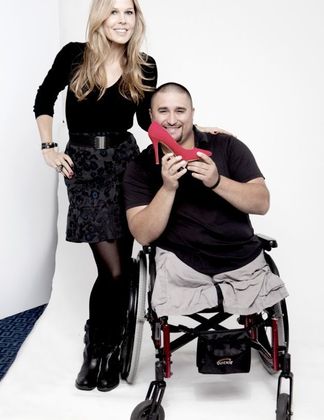 (PARIS) Philanthropist and super Natalia Vodianova is set to run the Paris Half Marathon on March 6, in support of her charity, the Naked Heart Foundation. Founded in 2005 by Vodianova, the Naked Heart Foundation aims to create safe outdoor play facilities for urban children in cities across Russia. To date, the charity has created over forty play parks in over 30 cities, attracting sponsorship partnerships with brands like Louis Vuitton and De Beers. Vodianova and the Naked Heart Foundation created the Love Ball in Russia in 2008, staging the event again in London in 2010, attracting a flock of Vodianova’s fashion friends, such as Alice Dellal, Diane von Furstenberg, Liz Hurley, Mario Testino, and Matthew Williamson.

p>Vodianova ran the Paris Half Marathon for the first time in March 2010, raising over £40,000. She and artist Dinos Chapman finished the race in 2 hours and 19 minutes. Spaces for this year’s marathon are already sold out, but supporters can contribute to Natalia’s fundraising efforts by visiting http://www.justgiving.com/Natalia-Vodianova. Natalia will also be in Paris on Monday, January 24th, for the Spring Summer 2011 presentation of her next collection with French retailer Etam. The show will take place at the Grand Palais and will be diffused live at www.etam.com as well as on the brand’s Facebook page.
D’ARCY FLUECK

Chanel Sets A Date For Its Cruise...