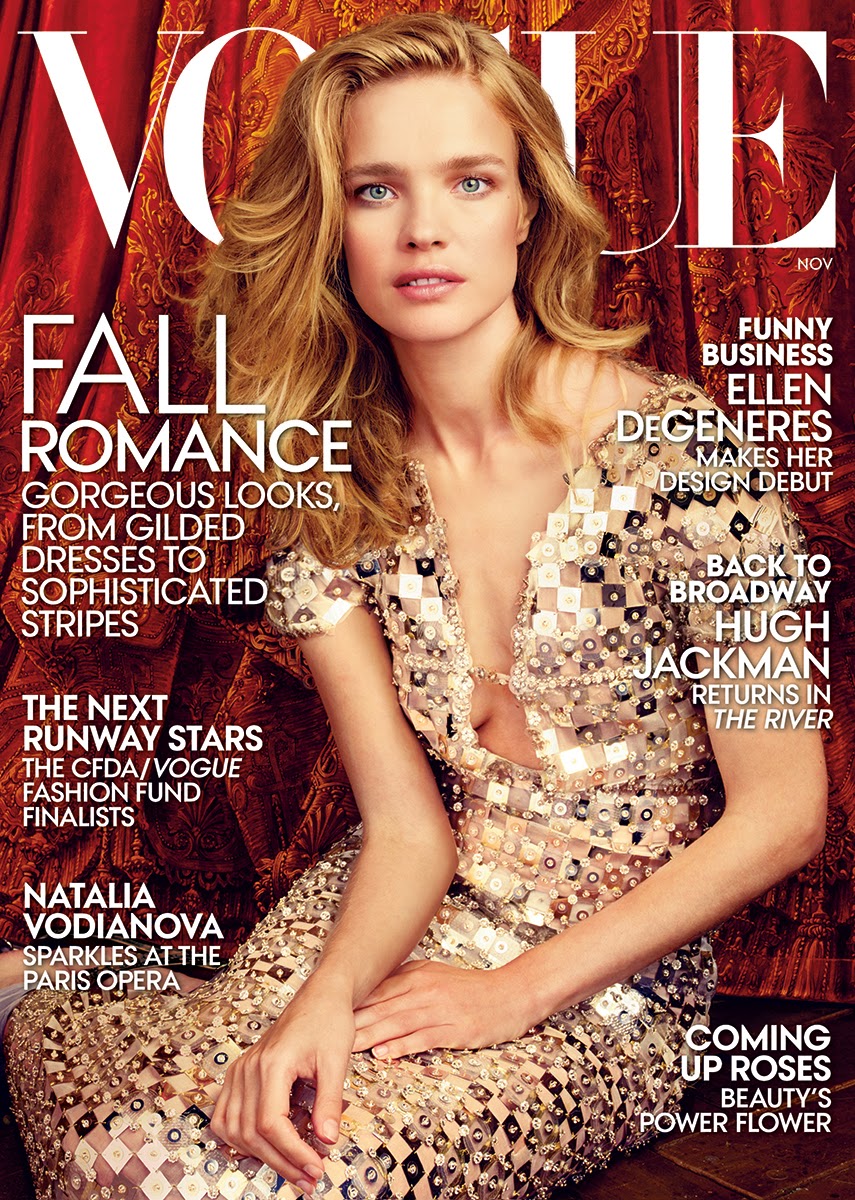 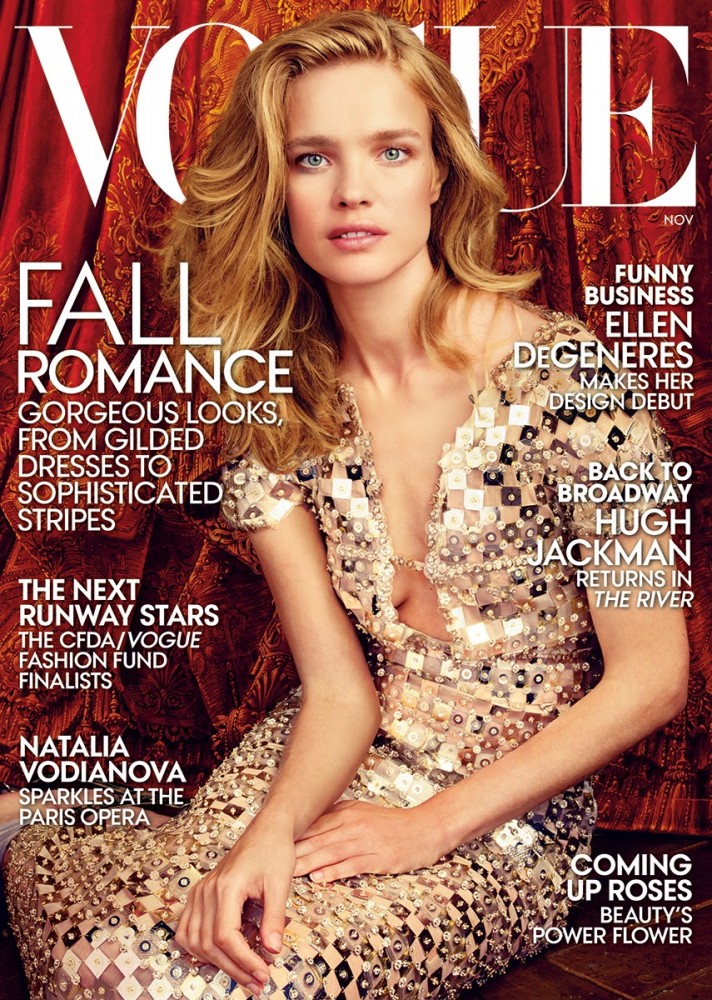 We almost didn’t recognize Natalia Vodianova on the cover of Vogue’s November issue in a shot by Annie Leibovitz. The Russian mod, who appeared on the cover of Vanity Fair’s September issue with her very own profile, stars in a spread shot at the Paris Opera Ballet with their new hunky director Benjamin Millepied. Vodianova appears in designs by Carolina Herrera, Dolce & Gabbana, Valentino Haute Couture, J. Mendel, Donna Karan, and Oscar de la Renta. Props to Anna and the gang for running another cover with a bona fide model. We told you this was a good idea ages ago! The rest of the issue includes a piece on Ellen DeGeneres‘ design debut and Hugh Jackman‘s return to Broadway, so entertainment buffs will still have plenty to read about while the usual Julia, Reese, and Blake mugs take the month off. What do you think of the cover? Comment away! 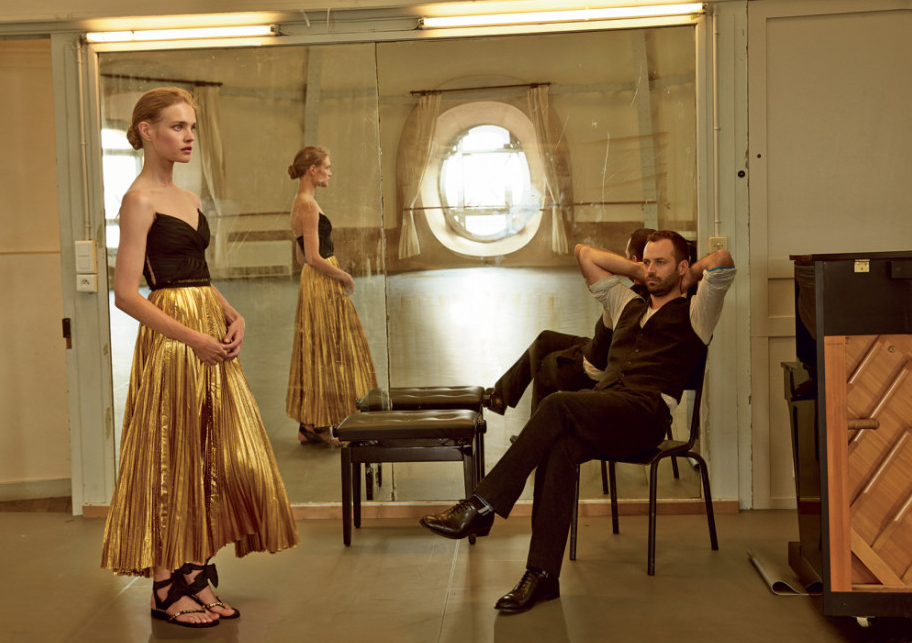 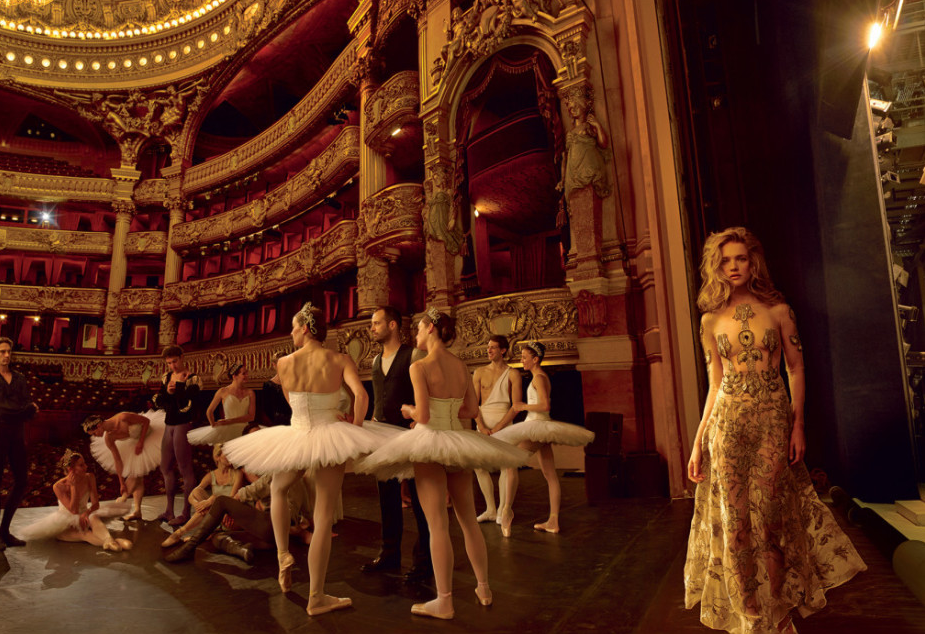