Nary Manivong Goes Solo (Again) With Some Kickstarter Help 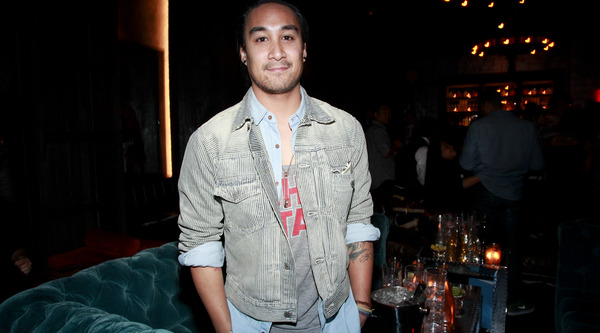 (NEW YORK) Wondering what’s become of the non-Hilfiger half of NAHM? Nary Manivong kicked off his first Kickstarter campaign with a soirée at the Dana Dramov Showroom in the Flatiron loft last night. Manivong held his first fashion show in 2005, and put his solo line on hold when he decided to partner up with Ally Hilfiger to launch NAHM. After they parted ways in December, Manivong decided it was time to get back in the game. His plan? To get enough love (of the monetary variety) to reach his $25,000 goal through donations on crowd-fundraising site Kickstarter.

“I was a little bit hesitant to use Kickstarter at first, because I wasn’t sure if it was cheesy or not, but with all of the changes in social media I figured this is really a new platform to build an image and tell my story,” Manivong told The Daily. “Why not give it a chance? Maybe it can create new opportunities for other designers.”

And nary a soul isn’t moved by designer Manivong’s rags-to-riches story, which was documented in the 2011 film Dressed. You’d never guess from talking to the mild-mannered designer that he was abandoned by his parents at age 14, fell prey to the streets and got entangled with the Crips. But Manivong had perseverance to spare, apparently: With $200 in his pocket, he moved to New York and managed to secure backers to help him fund his first line.

The campaign, which just launched today has already raised $655 thus far, with 35 more days to go. Manivong is no stranger to starting from scratch so hopefully his latest endeavor will follow suit.
PAIGE REDDINGER

Look of The Daily: The Sisters Mara!