Naomi Watts: Punk On The Outside, Lady On The Inside 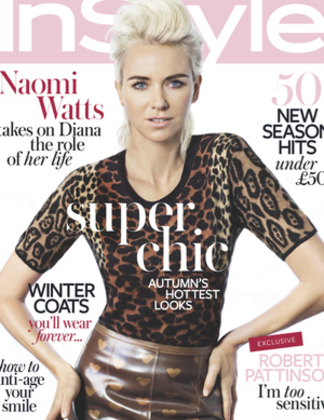 While she might have a punky ‘do on the cover of InStyle UK, Naomi Watts, she exercised some lady-like tendencies within the pages. The Aussie actress expressed trepidation before signing on for the part of Princess Di in the forthcoming biopic on her life. Admitting that “there were weeks of deciding, and then I thought, ‘God, I don’t like the idea of anyone else playing that role,'” Watts has considered fleeing the country once the film comes out. Regardless of how the film is received by critics, the general public can agree that she was gutsy for taking on the challenge!

A Taste Of The Hamptons With Sam Edelman