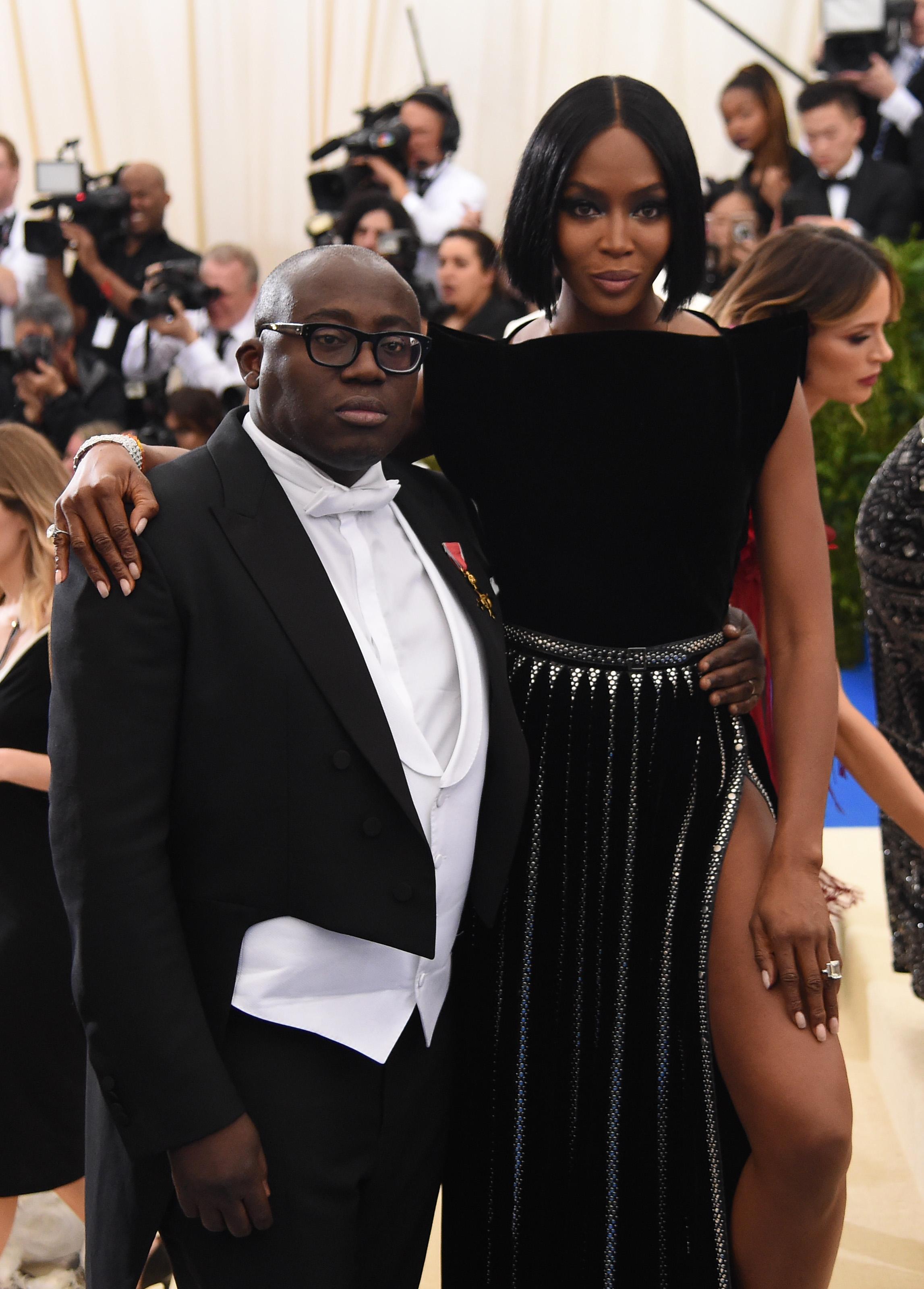 It looks like Edward Enninful is already giving British Vogue the supermodel treatment. The newly appointed editor has tapped two of the industry’s most beautiful faces as contributing editors of the publication: supermods Naomi Campbell (who’s also Enninful’s long-time bestie) and Kate Moss, along with Steve McQueen. While Moss has served as a contributing fashion editor at the book since 2013, the role seems to be more official with the additions of Campbell and McQueen on the masthead. Also poached by Enninful? Grace Coddington, who will come onboard as a contributor. The move marks a renewal of sorts for Coddington, who worked at the title for 19 years prior to moving to NYC and working at American Vogue. “I am thrilled that Kate, Naomi, Steve and Grace are going to work with us in these new roles,” Enninful said in a statement. “As two of the biggest international style influencers and supermodels, the impact Naomi and Kate have in today’s culture is enormous. Being an acclaimed filmmaker and Turner Prize-winning artist, Steve will bring an increased depth to the arts within the magazine.”

Enninful will officially start his role on August 1. He has already announced the appointment of Venetia Scott as fashion director, which she’ll begin on July 10.