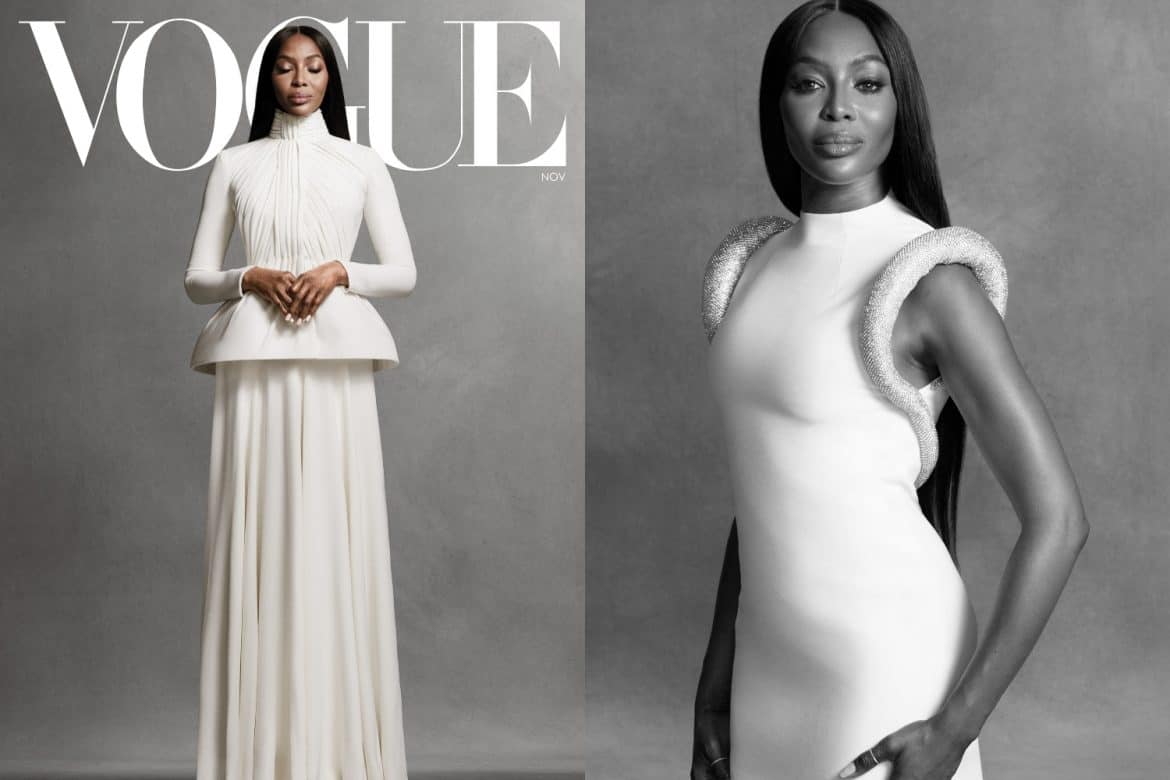 The feature interview was conducted by black British writer and broadcaster Afua Hirsch. In the pages, Campbell appears alongside models she has mentored in the industry, including Ugbad Abdi, Alton Mason, Anok Yai, and Kaia Gerber.

“She is the blueprint,” says Ugbad Abdi. While Gerber adds, “Naomi has always championed authentic relationships with designers, editors, photographers, et cetera, and has always encouraged me to do the same.”

In the extensive article, Campbell talks about racism, the new Supermodels documentary, and teases that she will eventually write a memoir.

Of her experiences of racism during her extensive career she says, “I’d rather have racism be right in front of my face and know what I’m dealing with, than to have it suppressed. No disrespect to the country I was born in, but we need to dig it up and bring it up and deal with it. No more chucking it down the sides. Nothing has changed. Only that I know that I will have the support of my culture now when I speak.”