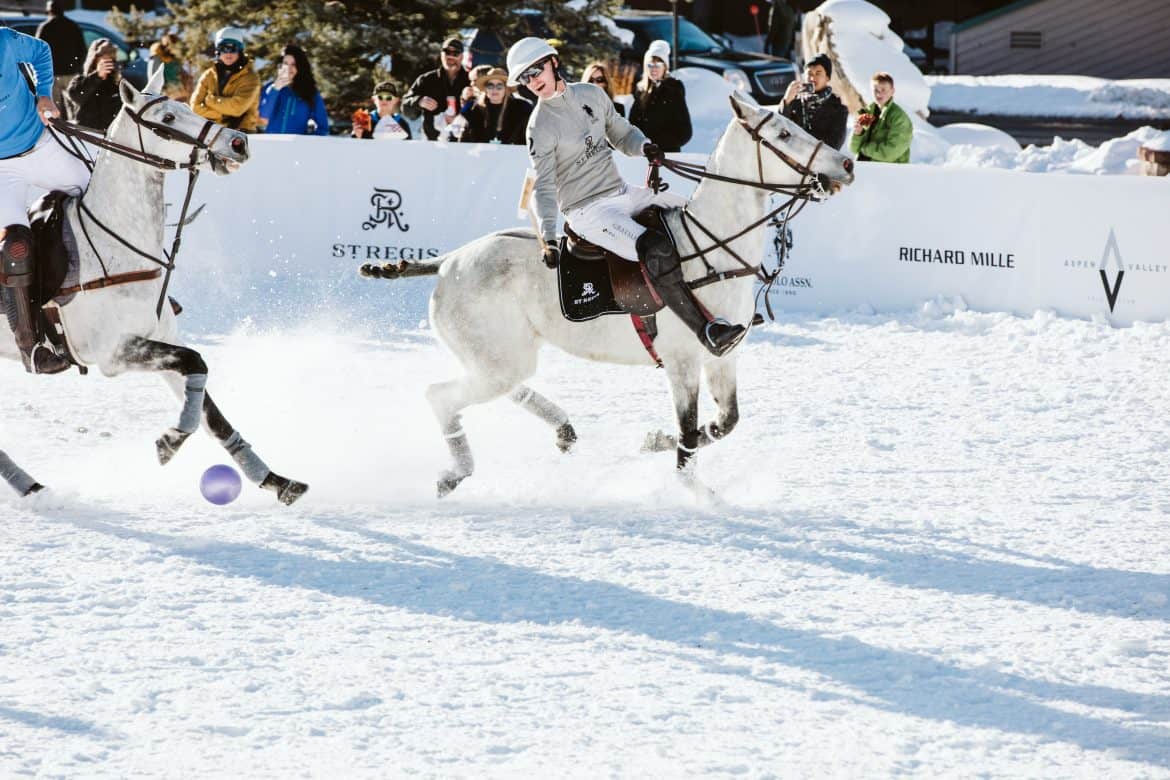 The St. Regis has long been associated with the world of polo since the hotel’s founding family, the Astor’s, were prominent fixtures at the matches on Governor’s Island in Manhattan. Today the sport is synonymous with Figueras who served as the St. Regis team captain in the match and is also a connoisseur for the luxury hotel. We sat down with the Argentinian superstar to find out more about this somewhat new way to play polo and why he’s a regular figure in the St. Regis world.

Let’s talk about snow polo! People don’t really know what snow polo is.
1985 was the first time snow polo was played [in St. Moritz, Switzerland.] It was an idea from a few guys who said they should do something spectacular with polo and the snow in an amazing environment. That’s how it started and it’s been played in Aspen for over 15 years now. Seven or so years ago we wanted to take this event to the next level, which is when we engaged with St. Regis. That was really the key element in making this what it is today.

Is it harder to play in the snow or in a field?
It’s different. In the snow because we are all a little packed and because the field is smaller, there’s more contact, it’s a little more aggressive. In a bigger field, the game is much more open. This is much more like ice hockey and the real polo field is so much bigger. I don’t know if it’s harder or easier, it’s just different. 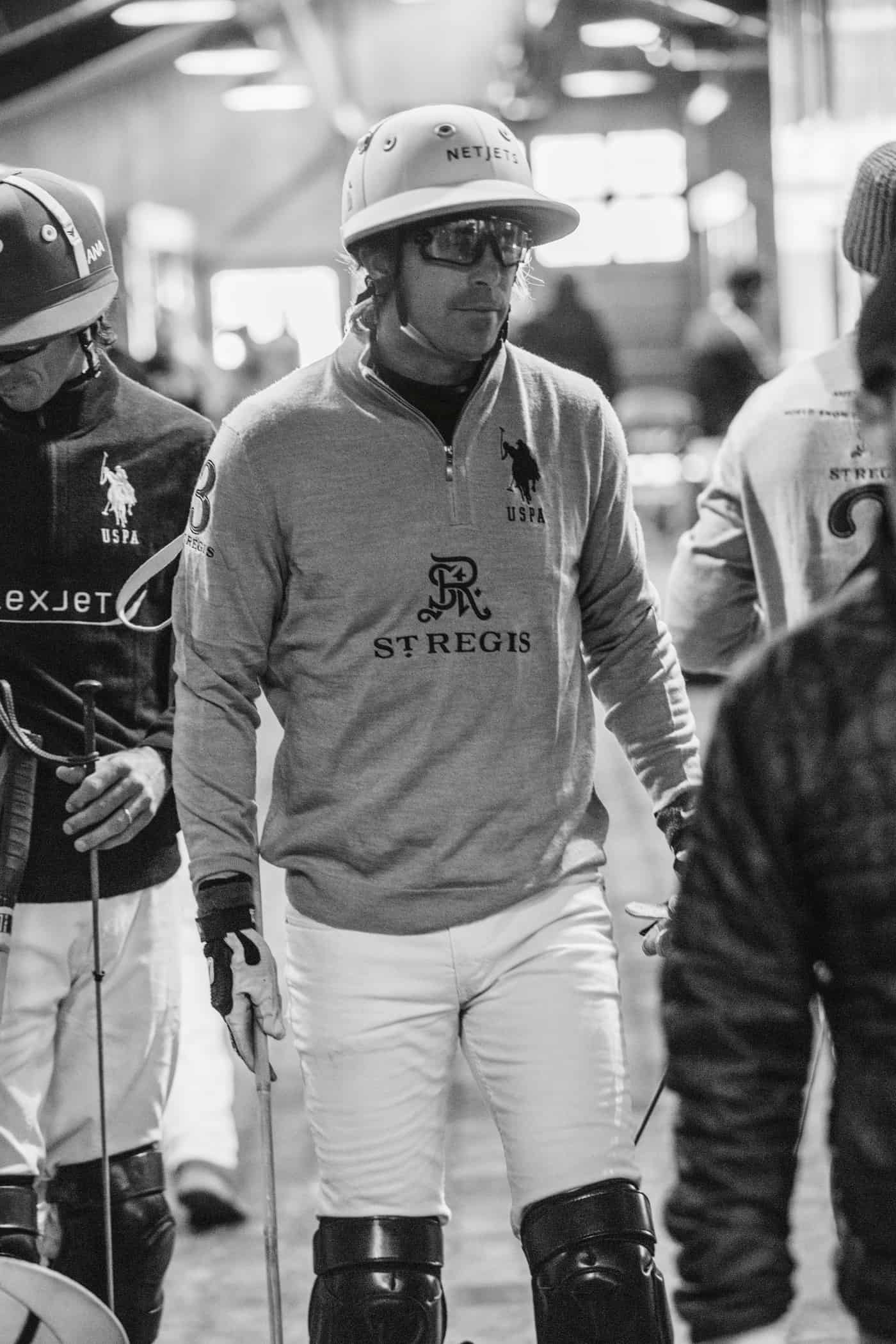 How does it work with the horses?
In each chukka [the unit of time a polo match is divided into, like a quarter or a period] we play a different horse. When you see me, I’m gonna play on four different horses. When we play in Florida or on the grass we play six chukkas. The horses that were playing here don’t belong to the players. They belong to the Aspen Valley Polo Club and they have a pool of horses that we all get to ride. I have my own horses here in the U.S. They’re now in Palm Beach getting ready for the season.

What was your first snow polo event like?
The first one was in a park a little bit further towards the Aspen airport. It didn’t look too great, but was a great start. We had sausages and cold pasta. But it was fun. For us players, once were in the field we play polo. The horses were from some cowboy here. It was good because it’s the reason we’re all here today. The level now of preparation of the field, the location of the field, the horses, and what happens outside of the polo field, as an event with the St. Regis’ involvement — there’s excellence! The high bar of the St. Regis brings it’s to a whole different experience.

You’re a connoisseur for St. Regis. What’s your role with the brand?
It’s a perfect partnership. We have created all different kinds of polo experiences all over the world and for me it has been a joy because I get to do what I love which is playing polo with the St. Regis excellence and support behind. When they do something there’s no detail left to luck. Everything is thought about, there’s a great team behind it so we organize games all over the world. There’s a very big [game] that we do every year, the Sentebale Cup, which is this charity that I’m also an ambassador for, which is also Prince Harry’s charity. The St. Regis has been a sponsor of that for quite a while now. That, for me, is incredible because it’s a charity that is very close to my heart and they’ve been very supportive. 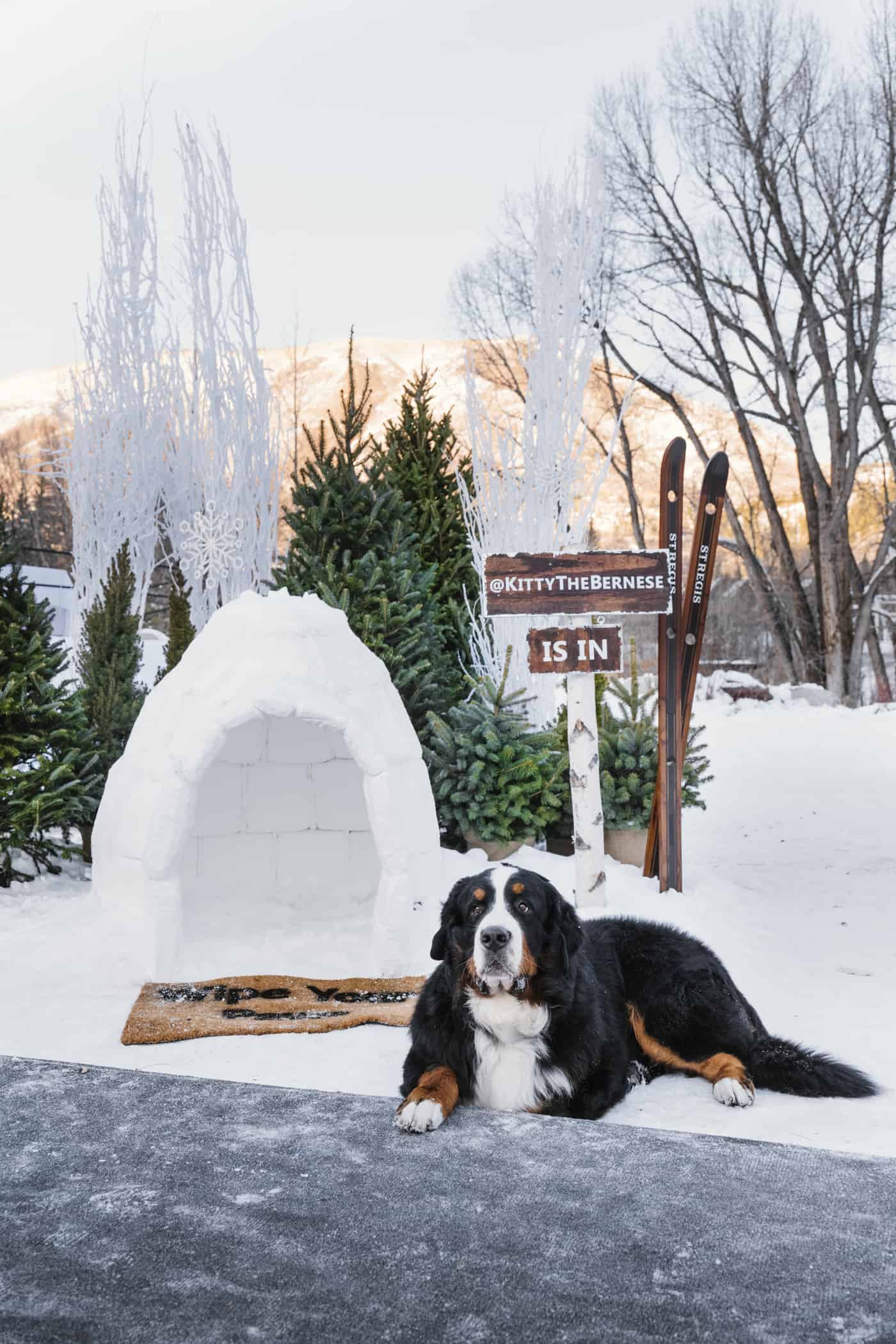 I like to believe that the reason why they are involved is because of my connection, so I feel blessed that we were able to bring all of the things together to support an incredible cause. [The events raise money for Sentebale, supporting the mental health and well being of vulnerable children and young people affected by HIV in southern Africa.] I also get this amazing opportunity to stay at these amazing properties all over the world which is a treat. You get very spoiled.

No kidding!
The problem is that you get used to it, right? Then you get home and you say “What the hell is going on?” and your pillows are not the same. You get very spoiled! [Laughs] It’s a problem.

Tell me about this particular Aspen property. Do you have a favorite nook or cranny?
This property has so many amazing things. First of all, Aspen has to be one of the coolest towns in the world. These properties, if you look at St. Regis’ around the world, are the best addresses. A St. Regis is not open in a city if it’s not in a very special location. That’s a must. The location is incredible. They do so many amazing things for kids here. They pick you up in the airport with a dog  and the kids love that. They have all kinds of activities here before Christmas like gingerbread man making. You can use the outdoor pool in the winter. My kids run around, they go all the way and then they do snow angels and then they jump in the pool. This place is also amazing in the summer.

You just launched your fragrance line, The Ignacio Figueras Collection. Is that something you’ve always wanted to do?
No, I wouldn’t say I always wanted it. I didn’t grow up saying “Oh, my dream one day is to launch my fragrances but from my 20-year relationship with Ralph [Lauren]. Being the face of so many fragrances for such a long time, I learned a lot about the business. When my relationship with Ralph was over (because we all decided it was time), I, along with my family, said let’s start working on certain things that we like with three very important pillars. One is family and the importance of family, which to me is everything. 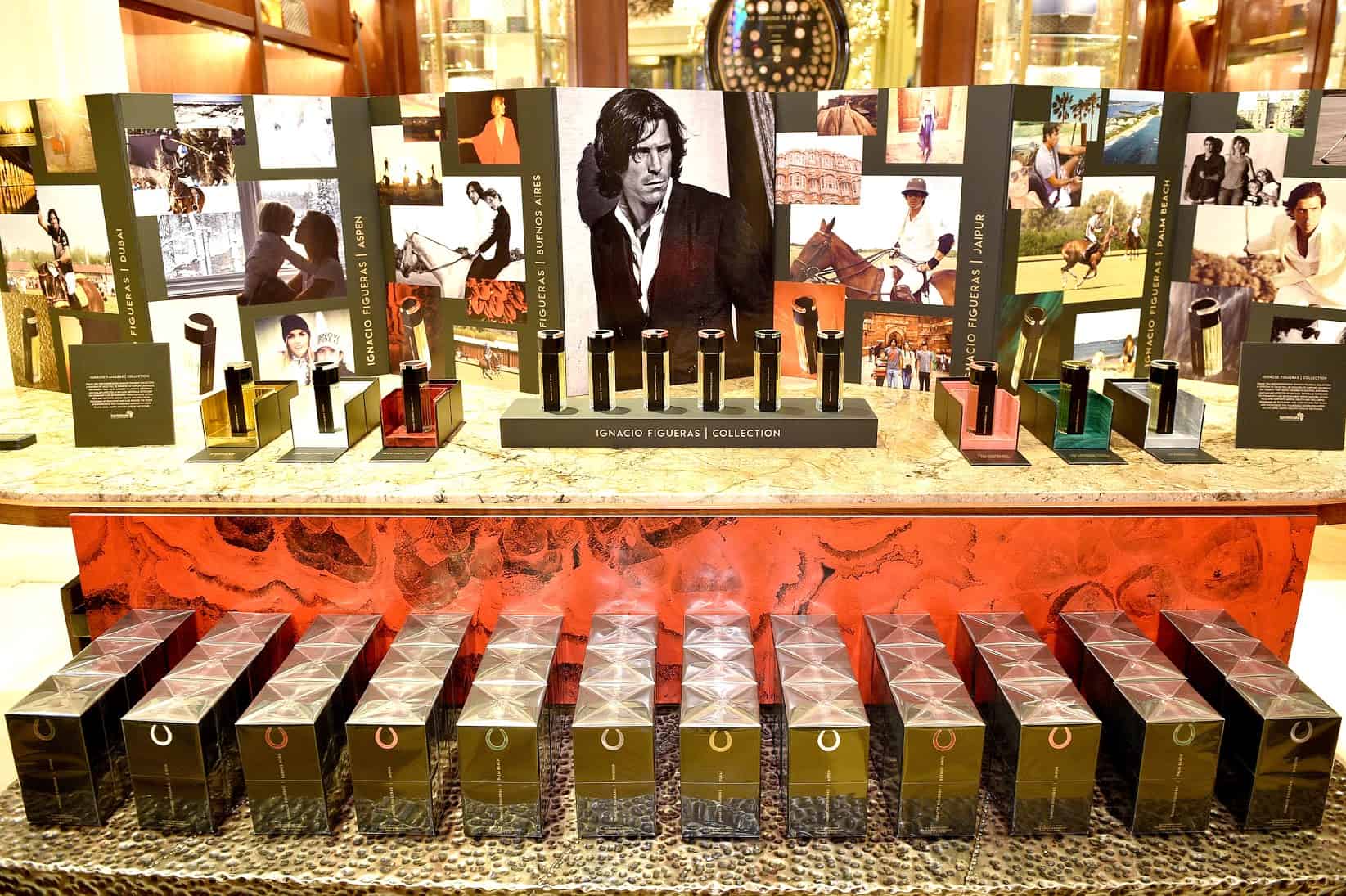 The second one is the love for horses and horse breeding. And that all ends up in my polo career and my son’s career. The third one is philanthropy. Everything that we do is conceived with the concept of giving back and not just creating another product for the hell of creating another product. I don’t think the world needs another fragrance but I think, “You know what, I’m gonna create a fragrance that is good and gives back.” I do it also because I really believe that it’s important to teach and show my children that we have to really be more responsible. I think about “Okay, how is this going to make the world a better place?” It was a nonnegotiable clause when I sat with a group of people that we decided to do this — this has to be for charity and give back.

That’s awesome!
Harry goes to these things in the world to create awareness. I asked for his blessing. I said, “May I do something and may I have Sentebale as a benefactor to it?” It’s a good thing. It’s a good feeling. And I love that my children were involved in the whole process and the whole conversation in the house. My daughter was very involved in the scents and everything about it. So it was a good process and a great thing for my children to follow from the very beginning.

Why did you do so many? Why didn’t you just launch one?
In the world of fragrances the collection is important. I think it’s great, then you can appeal to all. One is fruity, one is citrus, one is floral, one is musk. I love it. There are more coming out! 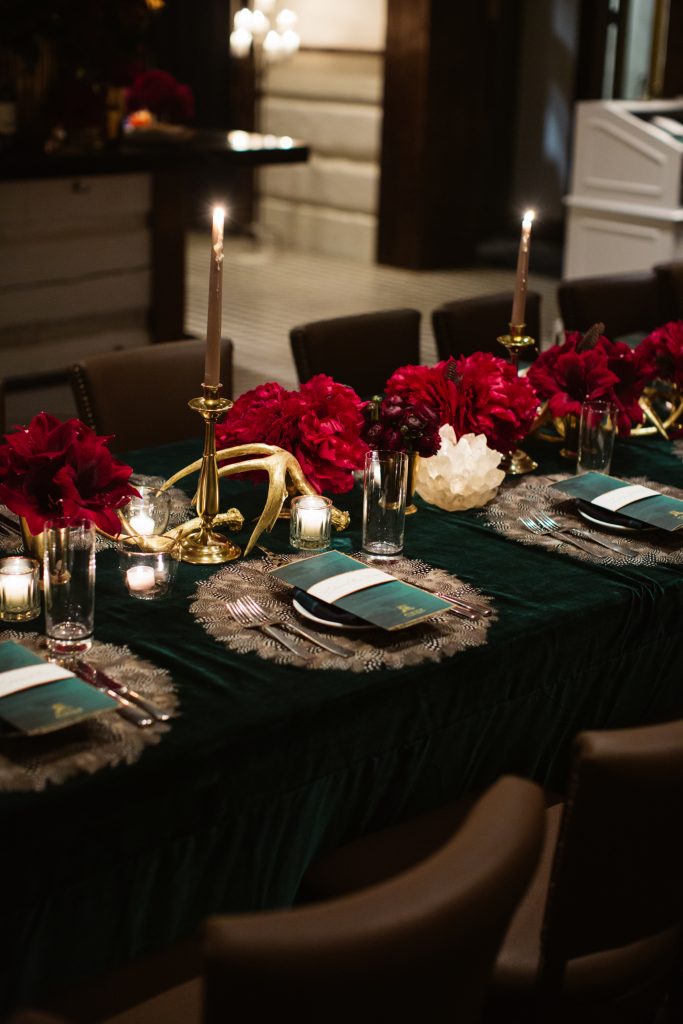 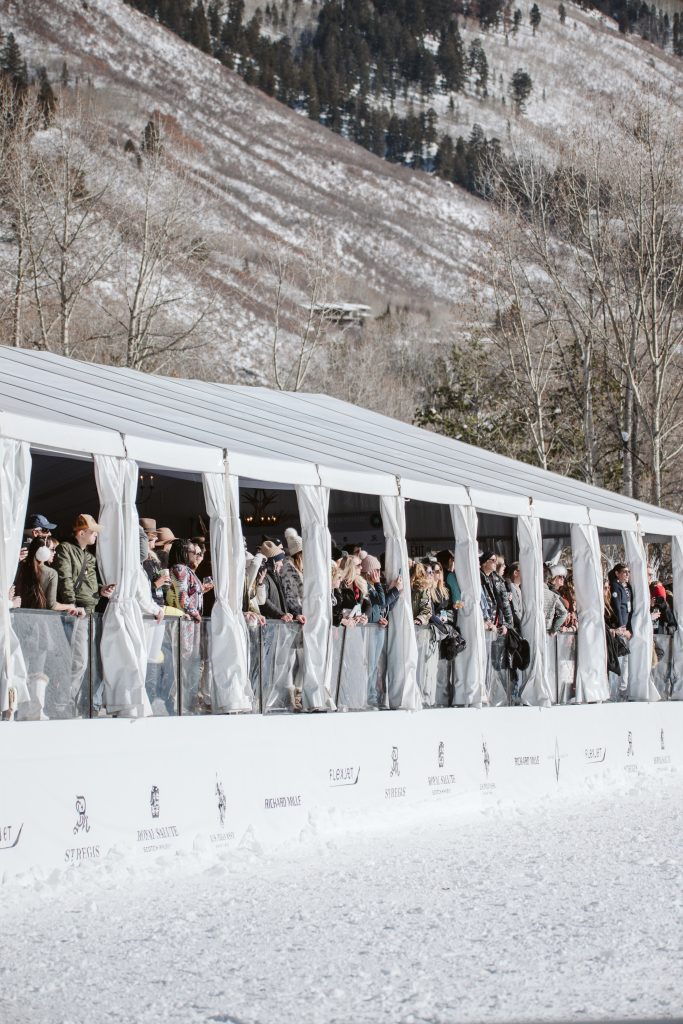 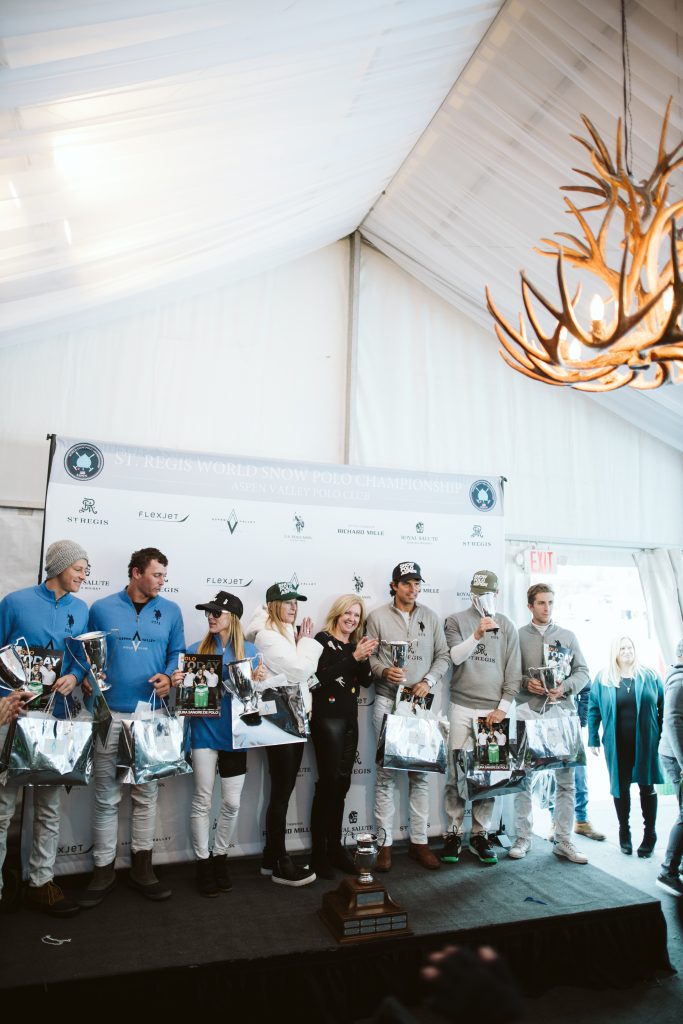 Some of the Players (Gregory Woodman) 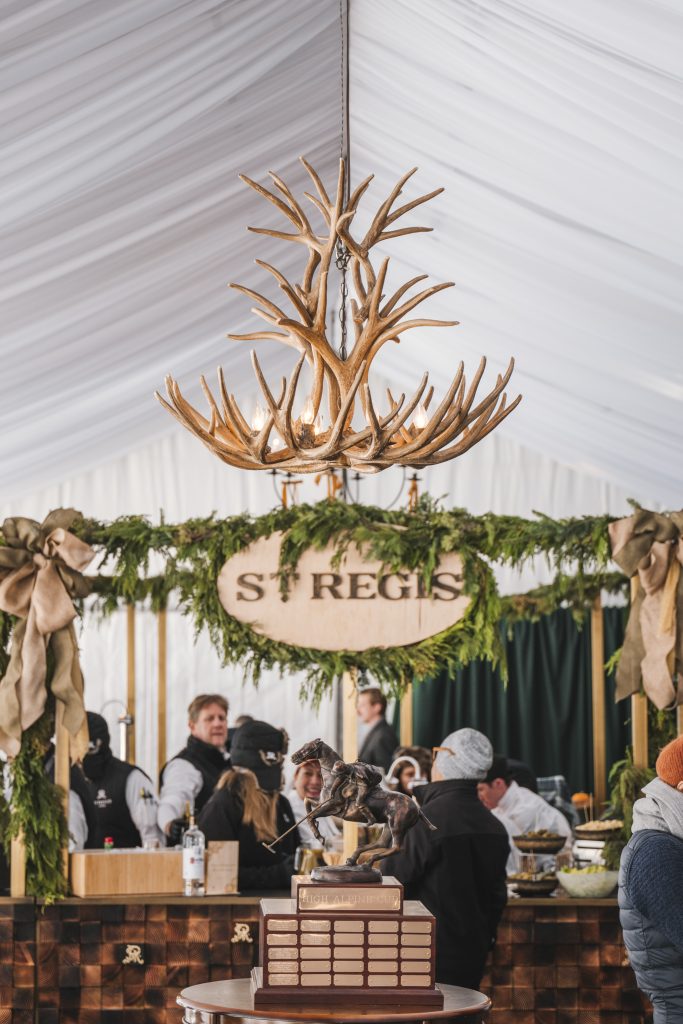 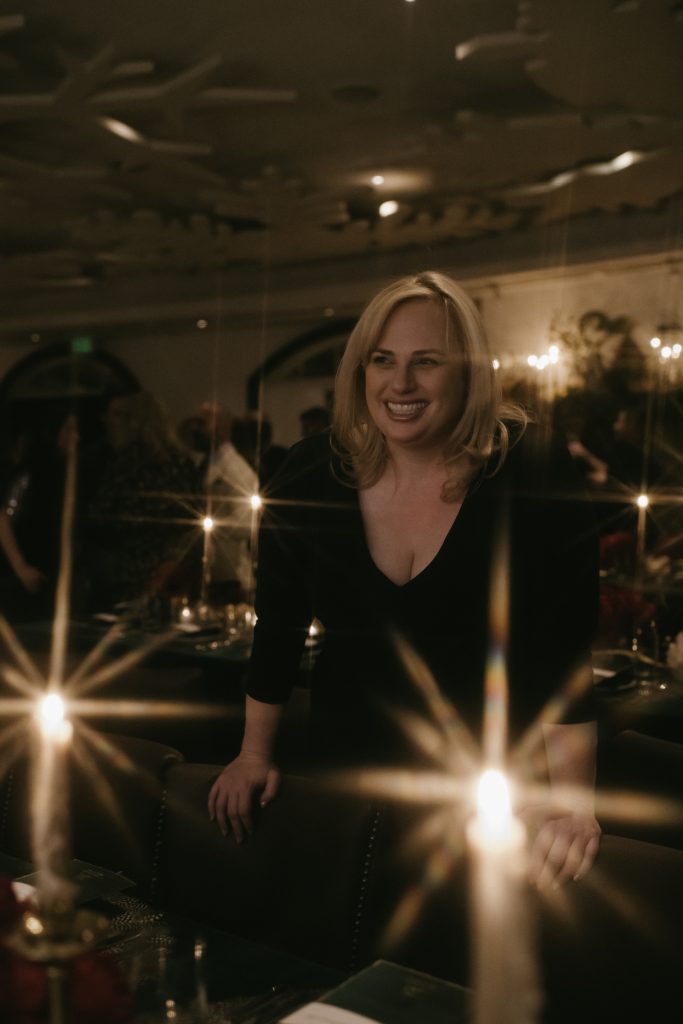 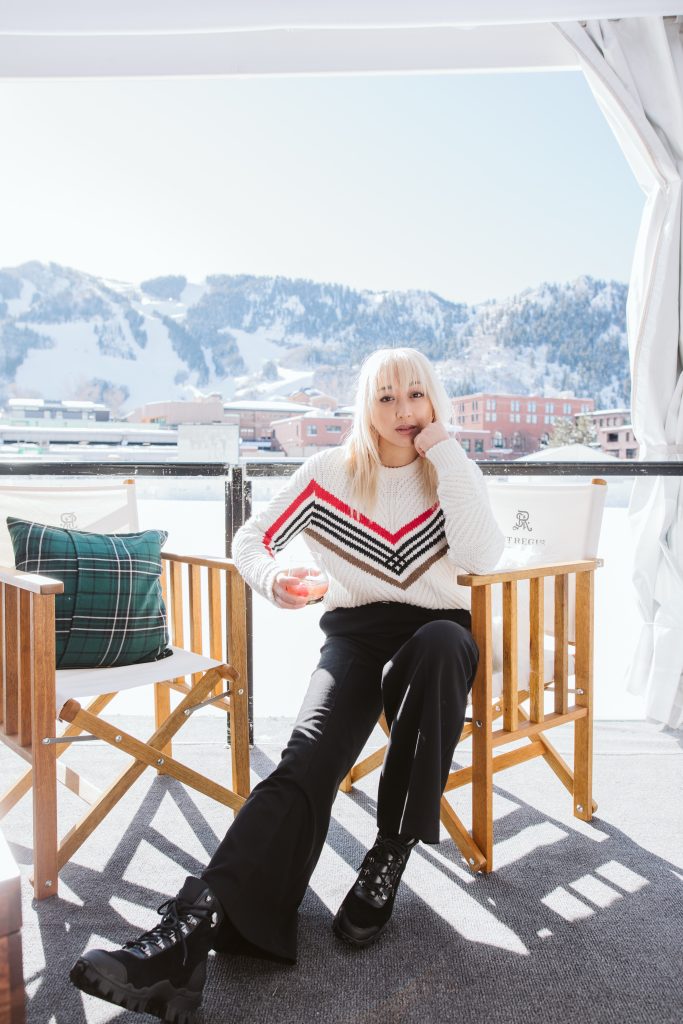 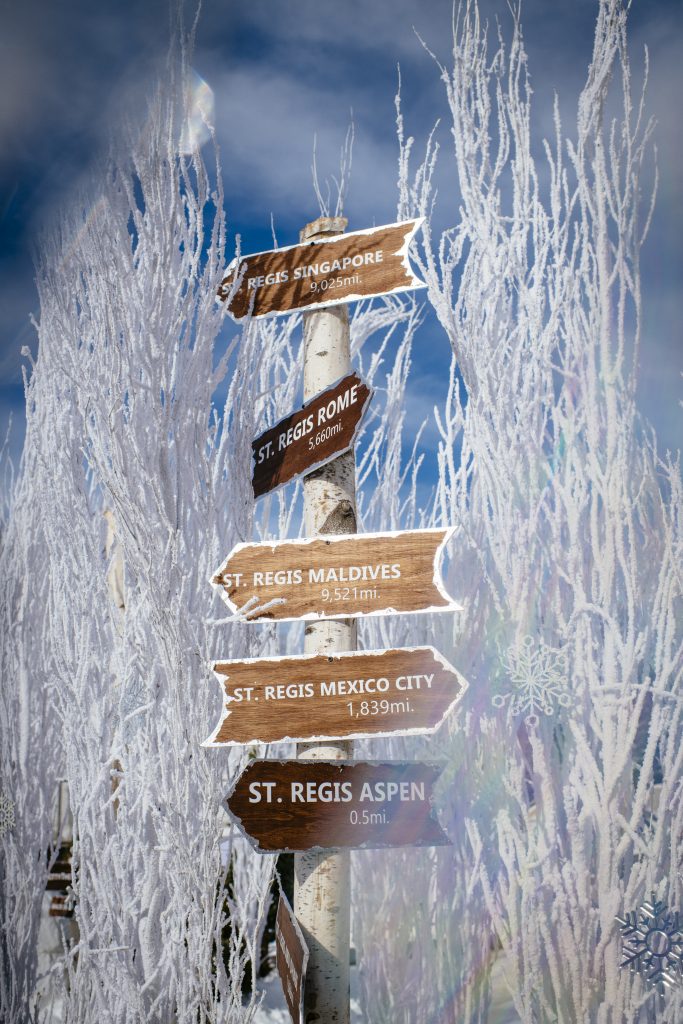