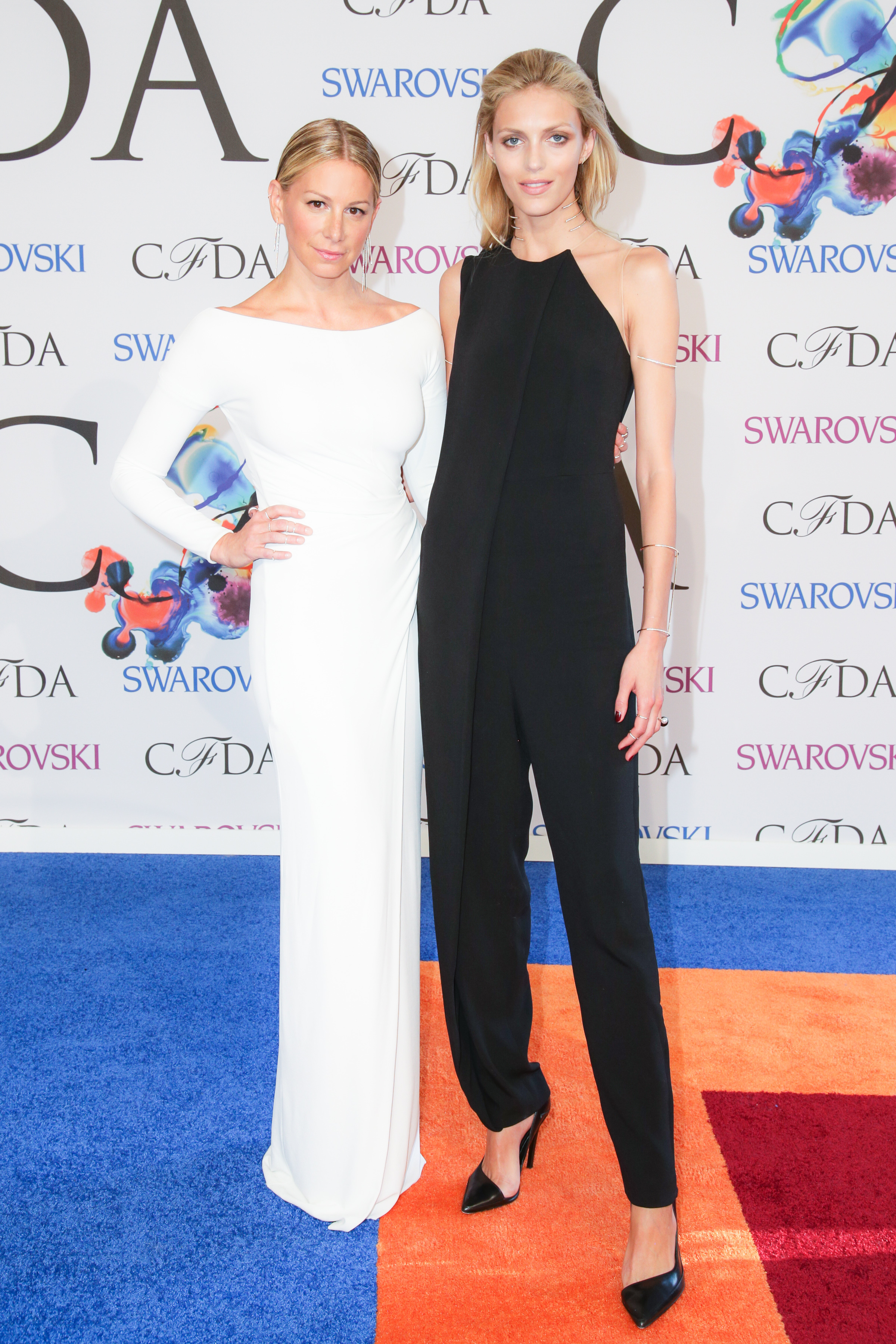 By the time the scores of designers, models, and well-heeled types made their way into Alice Tully Hall for last night’s CFDA Awards, they certainly deserved the blast of AC that greeted them. Just prior to that, the chic set was going through the step and repeat on the tapis rouge, complete with photogs looking to get the shot and plenty of inquisitive reporters (your Daily included!). Joe Zee and Brad Goreski were in the trenches, too, albeit  dressed a bit more dapper than anyone else holding a recorder. Goreski, who donned an intricate Thom Browne suit and Louboutin shoes, was the CFDA online correspondent, while Zee rocked a navy suit to take on his reporter duties at E! News.

The haute topic of the night (aside from Rihanna’s glittering gown, but more on that later) was Instagram, of course! As for Diane von Furstenberg’s thoughts on the app? “I looove Instagram,” she said. However, Dennis Basso doesn’t quite share the gushing sentiment: “You know, I’m not so Instagram-y. But I appreciate the people who can make a real career out of it!”

When it comes to dates, there were quite a few good-looking pairs. Take Wes Gordon, who had nothing but nice words to say about his date, Liya Kebede: “She’s so elegant and cool, plus she’s incredibly sweet and smart. And the work she’s done with her [Liya Kebede] Foundation is amazing.” Then there was Basso and his gal Whitney Port, who wasn’t, surprisingly, wearing any of the designer’s signature furs. But why? “There was no fur involved, at least not on an 85-degree day like today!” Anja Rubik bragged, “[Jennifer Fisher] and I are coordinated in every way.” Indeed! The designer and her mod date were both dripping in diamonds. Many of the winners walked the carpet with their entourage in tow, like Alexander Wang, who was accompanied by Mango (aka Chris Kattan) and Anna Ewers. Also rolling deep? Rosie Assoulin, who chummed it up with Keri Russell (donning Assoulin) plus pals like Leandra Medine, Claire Distenfeld, and Eva Chen. As for Thom Browne, the nominee who hit the carpet solo, in shorts, of course: “I didn’t have to decide between pants and shorts; I knew it was just shorts for tonight!”

And since winning was another big topic du jour, we decided to see just how lucky a few of the red carpet attendees are. Chanel Iman is a mod to beat, apparently. “I win all the time because I’m competitive. Whether it’s kid’s games or video games.” On the topic of lucky charms, Zac Posen cited his date for the eve, Greta Gerwig.  “Anything that sparkles,” Nadja  Swarovski answered regarding lucky stuff, moments before catching sight of Di Mondo in a glittering face mask. “Wow,” she remarked. “Those are all Swarovski crystals, I can tell!”And then there was Cynthia Rowley, who was worried about a wrinkly situation. “My pants were getting so wrinkled in the car that I rode down here with no pants on. And I put my pants on right out there,” she told us, pointing at the front of the carpet.

Just as the arrivals started slowing down to a steady trickle, loud screams could be heard from the entrance of the carpet. “Is it Justin Bieber?” one reporter asked. Nope, it was just Rihanna, stunning the crowd in her sheer Swarovski-encrusted Adam Selman gown, replete with a sparkling do-rag and a pink Pologeorgis fur stole. And just like that, as soon as the photogs got their last shot of the newly minted Fashion Icon of the Year, the CFDA red carpet was fini.
DENA SILVER

(RED) Rounds Up The Chic Foodie Set At Eataly