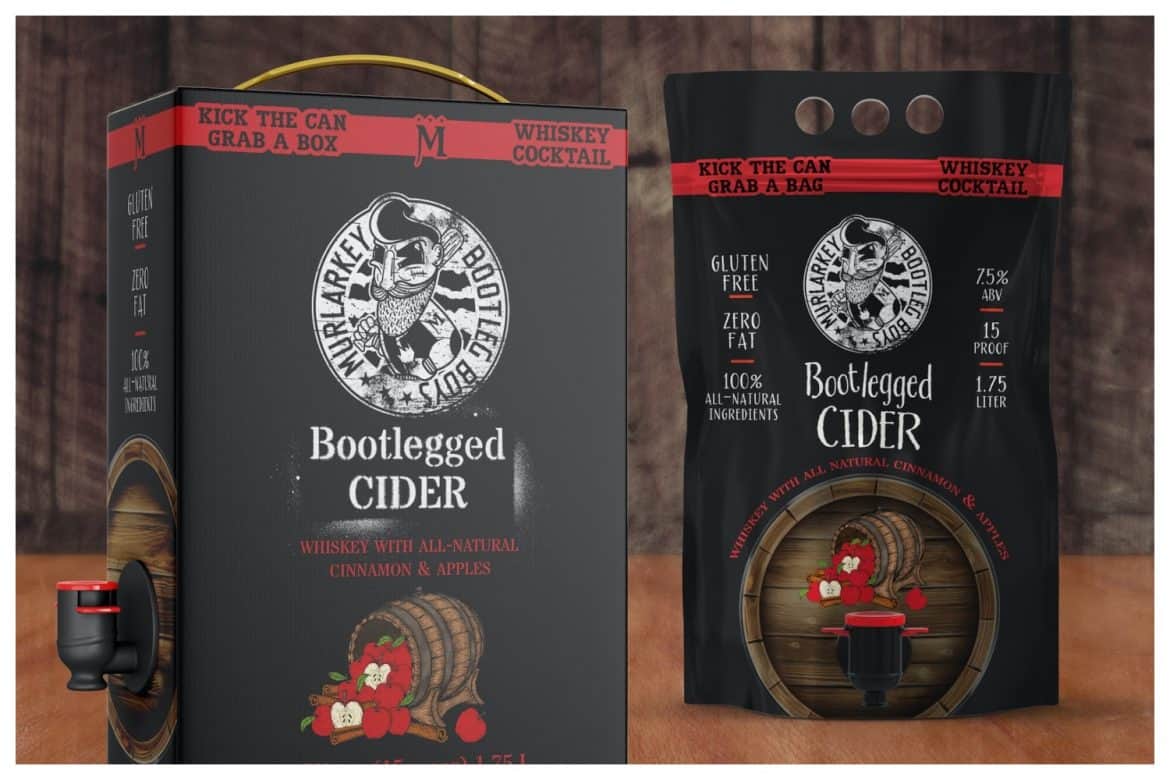 MurLarkey Distilled Spirits, LLC a craft distillery with international acclaim for its premium spirits, creativity, and excellence, continues to innovate and delight fans. The family-owned and operated distillery based in Bristow, Virginia is having quite a year. Following an exciting gold medal win for their Divine Clarity Vodka at San Francisco World Spirits competition in 2018, the MurLarkey team secured two more major international golds and a “best of category,” this year. This time, the unique Smokehouse Whiskey took gold at San Francisco World Spirits Competition (SFWSC), while the ImaGINation Botanical Gin took home gold at New York International Spirits Competition (NYISC). Rounding out the trifecta, is the Coffee Whiskey, which was named “best in category” by the American Distilling Institute (ADI). The accolades don’t end there, with MurLarkey’s infused whiskey line also being internationally awarded.

In late 2019, the creative distillers at MurLarkey began their work to formulate a line of ready to drink (RTD) canned cocktails—packaging some of the most popular cocktails from their tasting room into a convenient, grab-n-go, craft cocktail six pack. The first to roll-out was the Bootlegged Lemonade. Made with MurLarkey’s popular all-natural Lemon Whiskey, it boasts incredible flavor and craft uniqueness, while coming in at a surprisingly low sugar content, of just 5 grams. The non-carbonated—meaning, no bloating—beverage is just 120 calories, giving craft cocktail lovers a real alternative to sugary, fizzy seltzers. The second in line is their Bootlegged Cider, made with award-winning Cinnamon Whiskey and all-natural apple—again, lean and delicious! Spring of 2021 will see their Bootlegged Tea arrive, which is made with Three Tea Whiskey and all-natural lemon.

In the third quarter of 2020, the distillery produced its first small batch of the highly anticipated Bootlegged Lemonade for market introduction. Because Virginia allows its craft distilleries to sell direct to consumers and to licensees (mixed beverage licensed restaurants), the distillery’s intent was to self-distribute a small portion of the first batch by offering it onsite, direct to consumers and interested accounts in an effort to “seed” the market. It planned on sending the rest of the batch to distributors, but that never happened because it was sold out in less than 3 weeks! “We were blown away by the amazing reception,” says Tom Murray, MurLarkey’s CEO. “We thought we’d sell 50 cases or so to our patrons and a few of our loyal accounts just to get the ball rolling, never did we expect to blow through the whole batch without involving distributors. That’s when we knew we had a big hit on our hands.”

2020 has forced businesses and individuals alike to adapt and evolve, as both expected and unexpected impacts of COVID presented obstacle after obstacle. MurLarkey’s Bootlegged cocktail line proved no exception. The worldwide can shortage, which resulted due to draught beer regulations coupled with the closure of large venues and stadiums, impacted both MurLarkey’s associates in the craft beer space, and their own line of canned cocktails. “Lucky for us, our cocktails are non-carbonated—they don’t have to be canned,” notes Murray, adding “we have a creative team, and we decided that instead of fighting or stalling, we’d innovate.” With local patrons clamoring for more Bootleg Boys cocktails, the MurLarkey team arrived quickly at a solution. They’re currently contemplating packaging their Bootlegged line into 1.75 liter bag-in-box (think boxed wine) alternative, or pouches with pour valves. According to Murray, he and his cousin (Jim Larkin, COO MurLarkey) discovered this packaging while attending Bar Convent in Germany, in 2018. “My cousin and I saw this packaging being used for wine and cider and when the can shortage hit I thought, why wouldn’t this work for our Bootleg Boys line?” Both the bag-in-box and pouch options are environmentally friendly, recyclable, and incredibly convenient—they’re easy to carry, and store or refrigerate. If dispensed into reusable cups, the solution helps meet the environmental protection mandate of reducing—which is even more beneficial than recycling. MurLarkey has had a multi-year partnership with a local environmental protective foundation focused on the health of the Chesapeake Bay, so it’s no surprise that the team would jump at the opportunity to innovate while being environmentally conscious. “Kick the can and grab a box is the idea,” says Murray.

“The patrons we’ve shared our design with love the idea. They are easy to use at any get-together—from pools and beaches, to BBQs—but they are also simple to decant into pitchers for batched cocktails in more elegant settings such as holiday parties,” notes Murray. Keep an eye out for MurLarkey’s latest innovation! Coming soon.

Proenza Schouler’s SS ’21 Collection Was Worth The Wait