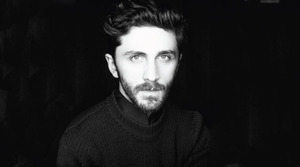 (NEW YORK) Mugler has a fresh, young talent taking the design lead: David Koma is the label’s new artistic director of women’s ready-to-wear. Based in London, the Georgian designer is 28 years old and has been designing his eponymous label for the past four years, which Koma launched shortly after graduating from Central Saint Martins. Koma’s designs for his namesake label have traipsed down the tapis rouge on the likes of Miranda Kerr, Jennifer Lawrence, Amy Adams, Karolina Kurkova, and Miley Cyrus.

“I am deeply honored to take up the role of Artistic Director at Mugler – a House for which I
have the utmost admiration and respect,” Koma says. “For me, Mugler is the most
extraordinary fashion house with an undeniably audacious heritage.”

“For me, Mugler is the most extraordinary fashion house with an undeniably audacious heritage,” Koma said in a statement.

Koma succeeds Nicola Formichetti, who joined Mugler in 2010 and spent two and a half heading up Mugler’s aesthetic before leaving this past April. Thierry Mugler turned out his first collection in 1973, and opened his debut boutique five years later; in 1992, the label forayed into fragrance with Thierry Mugler Angel.

Look out for Koma’s debut Mugler pieces for the brand’s Resort collection, rolling out in June. His first waltz down the Mugler runway will follow, with a September showing in Paris.

Kate Moss is a Calendar Girl For Hear The World Foundation