Mover of the Week: David Yi, Founder and EIC of Very Good Light 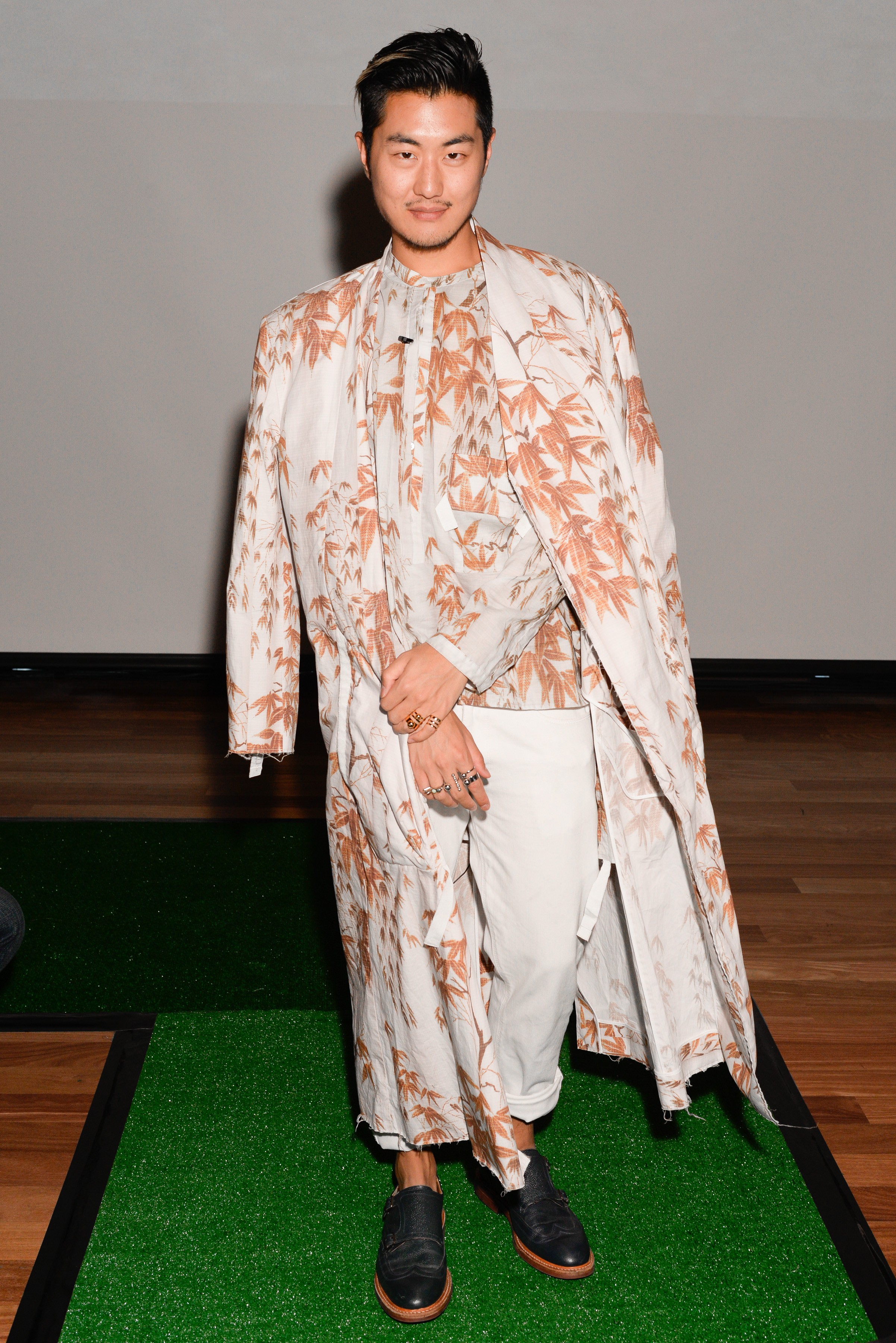 You might know David Yi as the guy who launched fashion at Mashable, or recognize his byline from the likes of GQ, Esquire, Harper’s Bazaar, and Refinery29. Allow us to re-introduce him as founder and editor-in-chief of Very Good Light, his next act that has its sights set on creating a grooming space for guys in a new group—move over millennials, make way for Gen Z. Over chicken fingers and truffle fries at NYC’s Le Cou Cou, Yi gave us the scoop on his social-first venture.

David, remind us where your media journey began…
My first job was at People StyleWatch, when Susan Kaufman was the editor. I was working on the dot-com side when dot-com was still the ugly redheaded stepchild. Then I went to the Daily News and became fashion editor there. Our managing editor departed, and then the fashion editor went to The Today Show. They said to 23-year-old me, ‘You look like you like fashion—you’re going to do this now.’ I was like, ‘Me? I don’t know anything about fashion, but OK.’ After two years, I began freelancing. That’s when I did styling for Capital Records and Virgin. Simultaneously I was freelance writing for The Wall Street Journal and Esquire and GQ. Then WWD came calling, and I started working in their men’s department. Then I went to Mashable to launch fashion, which I did for the last year and half. It’s been a wild ride.

Why did you decide to hang out your shingle and launch Very Good Light?
All this time, I felt no one was covering grooming or men’s grooming in a progressive way, and that men’s publications were stuck in 2014, still talking about beard oils, when we know that beards aren’t even in anymore! There’s this very heteronormative model that I wanted to get outside of. I selfishly wanted to see a website that was catered to someone like me who was interested in grooming or beauty, but from a male’s vantage point. There’s so many great YouTube channels and social handles for women, but nothing is catered toward guys. What if you wanted to get fleeky eyebrows? What if you want to contour your face? What if you want to fill in your facial hair? Why isn’t there a digital experience or a website catering toward men? That’s what solidified this idea. I had the idea a year ago, put things in place in May, and asked my mentors like Aliza Licht if they thought it would work.

Why are you targeting Gen Z and not millennials?
I’m sick of hearing about millennials! If marketers still don’t know how to market to millennials, you are so behind and you’ll never know. Just forget it! The new consumers are Gen Z—this is who we need to pay attention to. They use social media in a completely different way. They want to be heard, but right now, no media outlet is really catering to them. No brand really resonates with them. Gen Z is so much more progressive than millennials. They are like Jayden Smith and Young Thug. Young Thug outright said that 90 percent of his closet is filled with women’s clothing—he only readily wears like Louis Vuitton women’s blouses. This would not have happened even a year ago. Jayden Smith always wears skirts, always wears dresses. And both of them are the poster kids for that generation. It’s so apparent that there’s been a cultural shift, that it’s OK to be genderless, it’s OK to be sexually fluid, it’s OK to express yourself without the fear of retribution. That’s the target that I wanted to write for. They needed a voice.

How are you planning on doing that?
We’re asking them on a daily basis, what’s cool, what do you want, what do you need? And we’re creating content based on that. The website will be grooming and beauty tips in GIF and video form, in very quirky writing that’s fun and straightforward. It’s also going to document the Gen Z experience through personal essays. We have a section called Groom Raider where we go into the grooming closets of influencers. We launched with Nicola Formichetti and what he uses, and talked to him about his formative years. We have another series called Get Ready with Me, and we talk to different guys who love makeup and grooming about how they get ready in the morning. We also have culture-pushing stories—we’re doing a story on Sikh-American men and turban culture. That shoot is styled by Carine Roitfeld’s old assistant, Christopher Kim, and an all-star cast of groomers and hairstylists. It’s going to be a lot of cultural stories, tongue-in-cheek stories, funny at times, outrageous at times, but at the end of the day I hope it resonates with young people, and that they feel like they belong.

Will you follow an editorial calendar?
Every day is going to be a specific focus. Mondays will be product reviews, Tuesdays will be weird, wild questions, Wednesdays will be essays, Thursdays will be how-tos, and Fridays are Groom Raider and interviews with celebrities. We launched with an essay about what Very Good Light means, a video with different influencers, an essay about why being called feminine is empowering, and three how-tos: how to hide a hickey, why BB cream is your new bb, and how to properly put on concealer.

How do you find your models and subjects?
I find a lot of them through social media. I don’t really want to go to modeling agencies. It doesn’t feel authentic to me. I want real guys who are relatable.

Where did you come up with the name?
We’re always looking for that very good light for our selfies…let’s not kid ourselves. And I felt, what if you didn’t need a filter to take a good photo, because you had that very good light from within? You would never take a bad picture again because you have that self-esteem and confidence.  To make this world a less dark place, you need to shine. Once that happens, you’re able to inspire others, they’re able to shine a light as well, and it’s a brighter world. It sounds really cheesy, but I really think that’s true.

What’s your next move?
I’m going to start living bicoastal, and I’m going to live in LA from January to April. The health and beauty and celeb culture is out there, and it will be good to evangelize the brand.

And the long-term plan for VGL?
It’s to hold off on [sponsorships] for as long as possible. I don’t need it yet since it’s a very lean operation. I want to start hiring people full time. Mostly it’s my friends throwing me favors, and everyone believing that they can change the world. That’s been humbling, to know that when I was in need, people came through. Right now, the freedom is everything. Not having to answer to anyone…it’s pure luxury. But it’s a hustle!