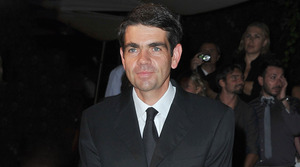 (NEW YORK) Today, Compagnie Financière Richemont announced the new chief executive of the luxury writing instrument, jewelry, and watchmaking company, Montblanc. Jérôme Lambert, who was formerly in a similar role at luxury watch brand Jaeger-LeCoultre, will be taking over at Montblanc. Lambert replaces Lutz Bethge, who has been with the company since 1990. Initially, Bethge started at Montblanc as the director of finance controlling and legal; 17 years after joining the company, Bethge became the chief executive in 2007. He will step down on June 30th, and will continue his involvement at Montblanc as a non-executive chairman and head of the company’s supervisory board.

As for Lambert’s successor at Jaeger-LeCoultre, the company’s industrial director, Daniel Riedo, will now take on the role of chief executive. Lambert will begin his new role at Montblanc on June 1st and will continue to serve on the group management committee at Richemont.