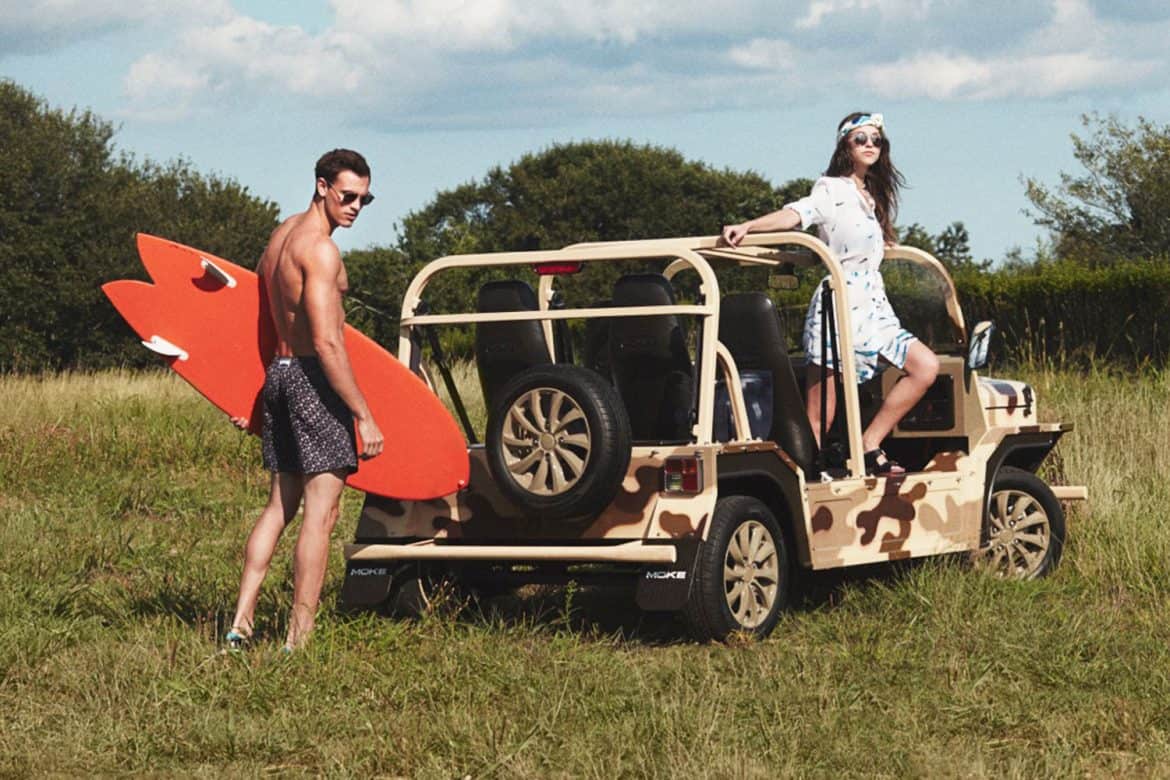 When Todd Rome and a handful of his closest childhood friends founded Moke America, their goal was to bring the ultimate beach car to the US as a street-legal, low-speed, electric vehicle, perfect for zipping around your hood.  Three years and more than 1,500 happy customers later, Moke America is preparing to open their first pop-up dealership in Water Mill, New York and stake their claim as the official car of the Hamptons and of summer.

These cars are so cute! They almost look like toys.
The Moke was originally a British military vehicle, actually. Then it became a kind of cult classic in Australia in the surf community, before making its way to the Caribbean, where it was a popular rent-a-car on a lot of different islands, but it kind of stalled there, so we took on the project of redesigning and reengineering it and bringing it to America. 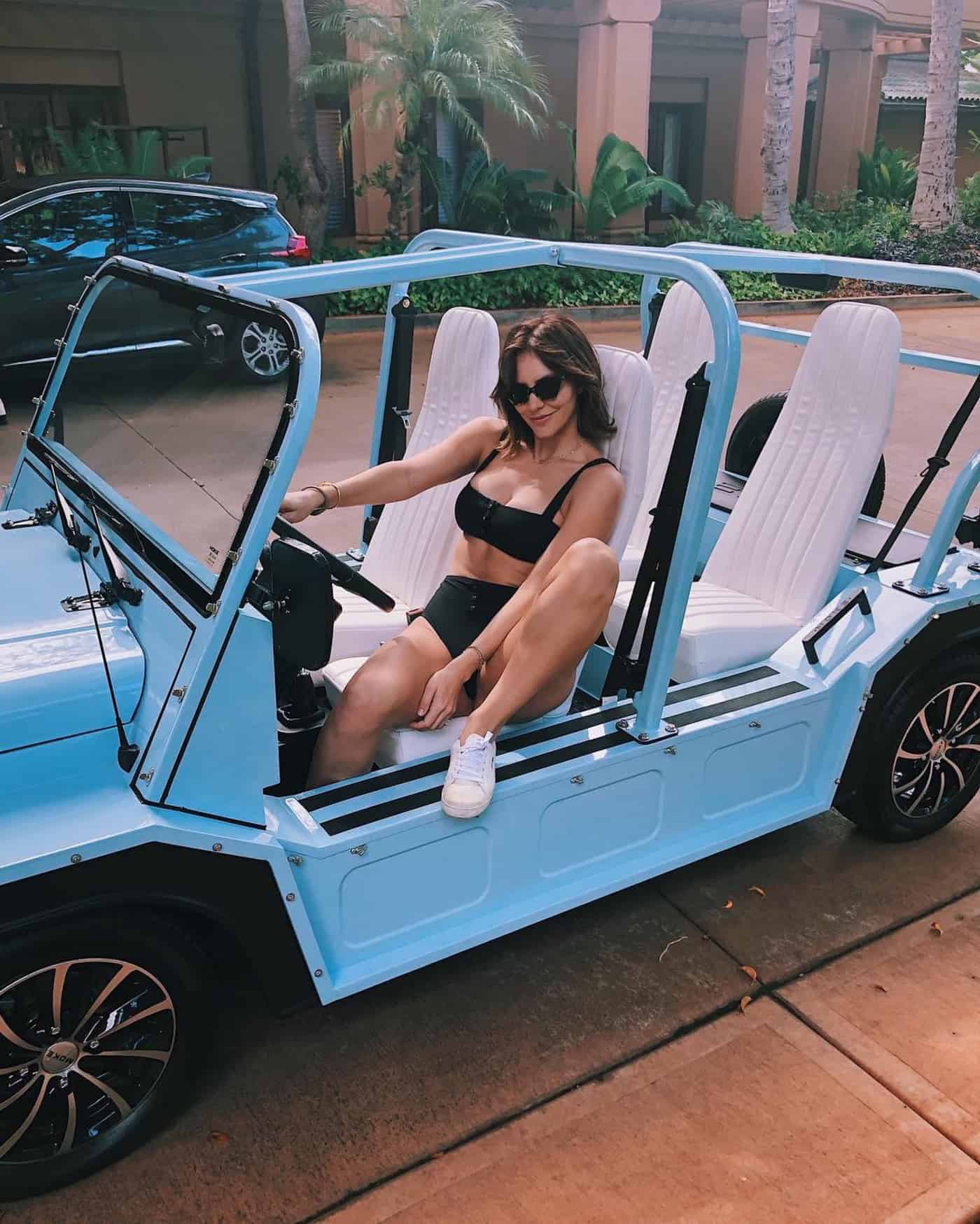 Katharine McPhee in her Moke

What kind of changes did you make?
We made them bigger and wider and street-legal in the US. We added three-point seatbelts, which the Moke never had before, and most importantly, we made them electric. They can be charged by plugging them into any 110 outlet, which is really any basic household outlet, so you don’t need any special charging equipment. They’re also totally silent, which people love.

How long does it take to charge?
About six to eight hours. It can go about forty miles on a full charge. The battery on this car is everything. We use AGM maintenance-free batteries and we buy them here in America to ensure quality. The cars can go up to 25 miles per hour, so they can be driven anywhere with a speed limit of 35 miles per hour or less.

Sounds like just the thing for getting around the Hamptons.
It’s the ultimate beach car. Everyone loves them. Our clients are always sending us videos and photos of themselves with their Mokes. They’re fully customizable, so you can really do a lot to personalize them. 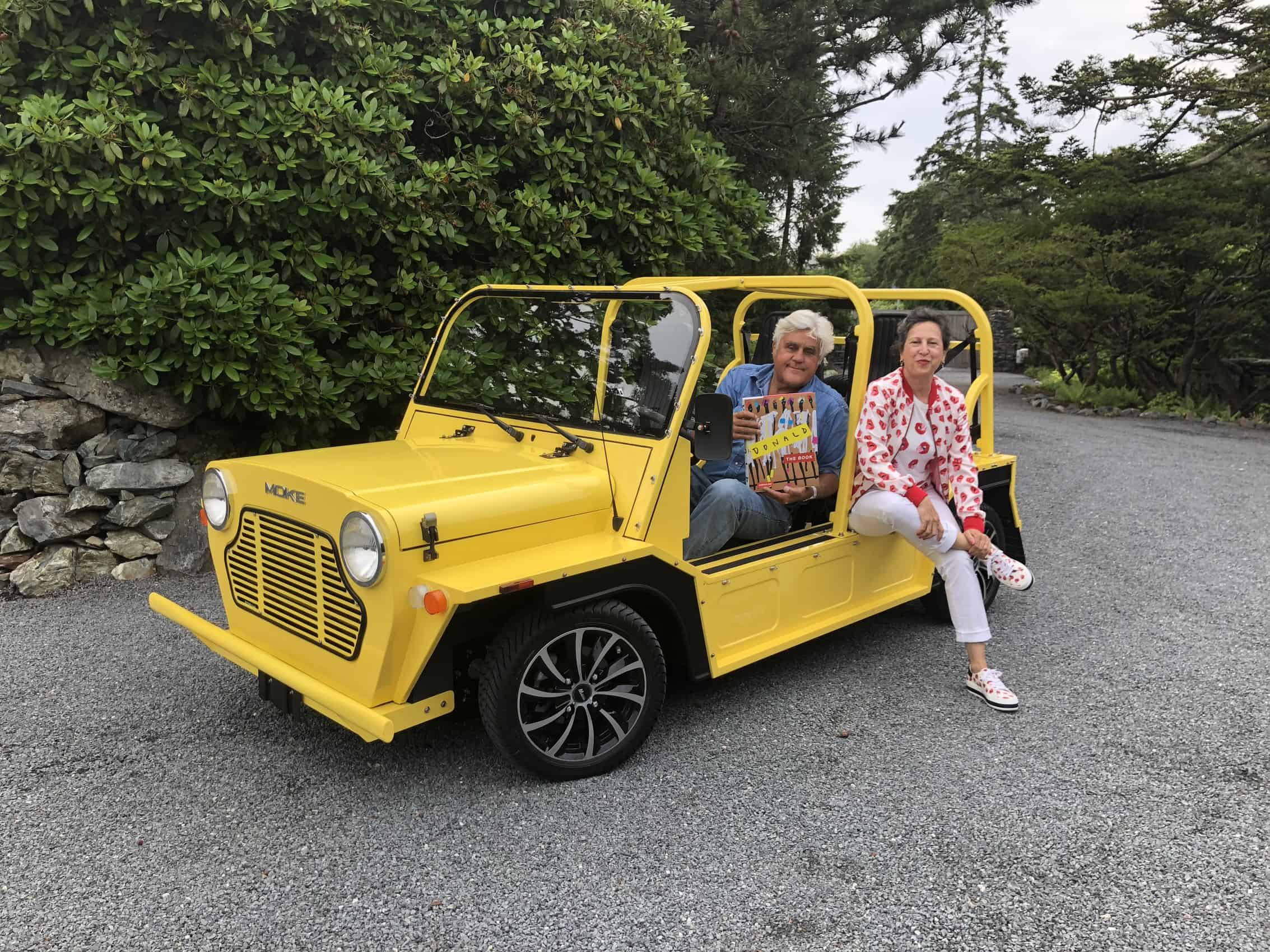 Like what?
There are all sorts of color options. You can make the body of the car one color and the rollbar, bumper, and grill another. We have a black wheel kit and an option for a wooden steering wheel. If you provide the fabric, we can even make you a custom top. The earlier versions had hard seats, but for 2019 we made a big modification to the car by soft seats, as well as backup cameras, but the cars are still totally water-friendly. They have drain plugs, so you can just hose them down to clean them.

We’ve created a lot of custom cars for different companies like Barry’s Bootcamp and Fred Segal. We did a special wrap with Louis Vuitton. A lot of cool stuff. 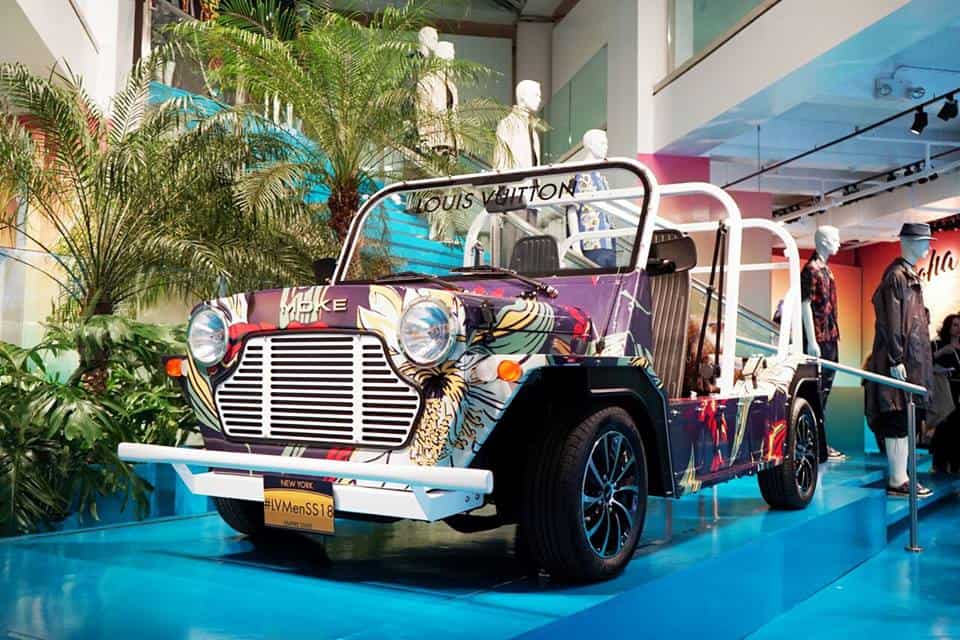 Fun! How long doe all that customization stuff take.
The turnaround is about 90 days. The way it works is customers can design their cars on our website — Mokeamerica.com — and then we make them in one of our factories in either Las Vegas, Nevada or Sarasota, Florida, and deliver it right to your house 90 days later.

Who are some of your celebrity clients?
Everyone from Kris Jenner to Robert Downey Jr. 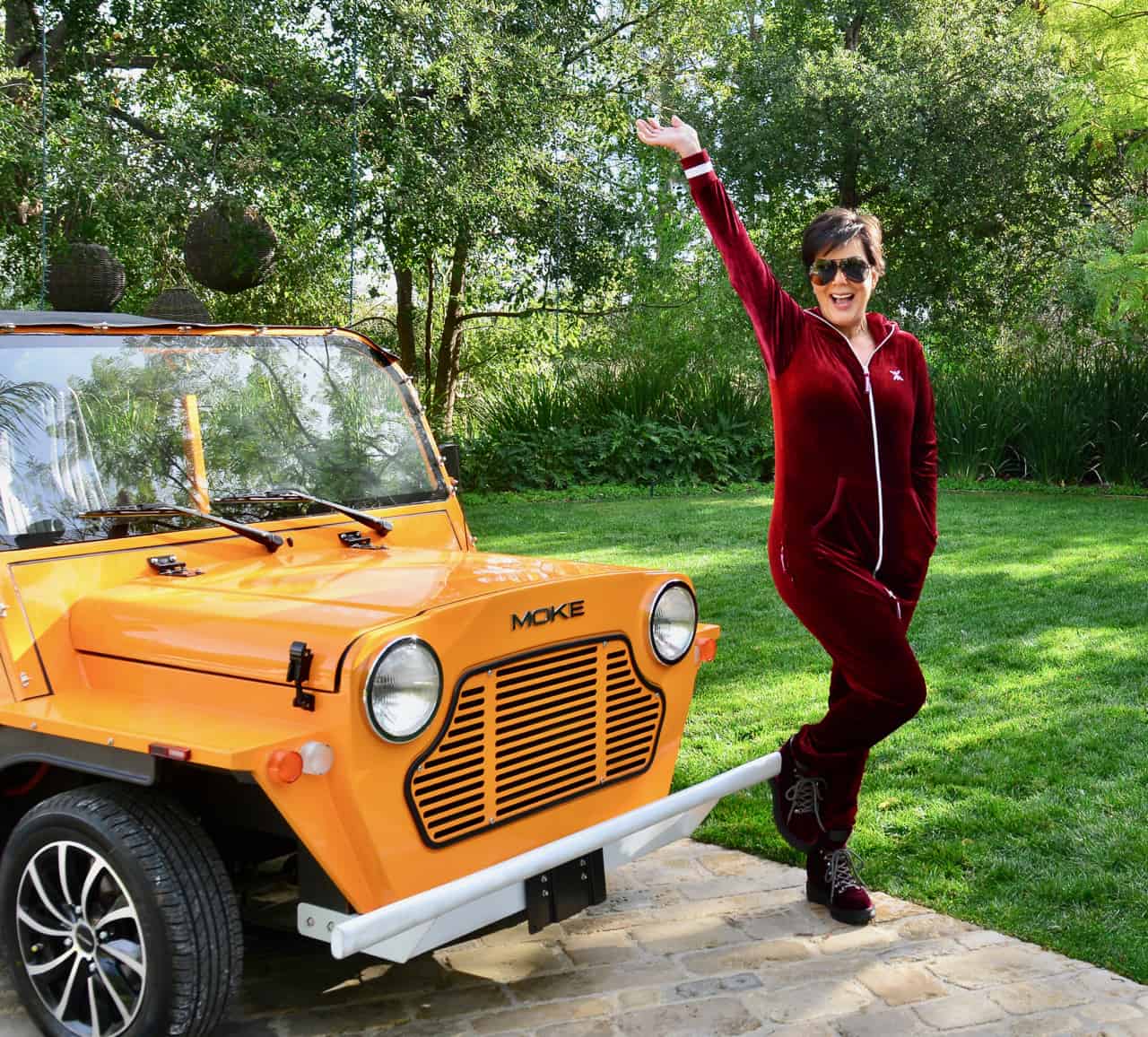 What were you doing before you founded Moke America?
I was the president and founder of a company called Blue Star Jets — a private aviation company — which I ran for two decades.

What made you decide to come back down to earth, as it were?
I’ve always been an entrepreneur and I did the aviation thing. I guess I love transportation. And I love making people happy, which these cars do. When I was a kid, I would travel around the world and see these cars and I always wished they were available in New York, in America. I wanted to make it bigger and I wanted to make it electric. I saw in Europe, about five years ago, the focus on electric cars, the growth, and I said, “one day America is going to really want electric cars” and I was right! Here we are, five years later, and the electric car market is booming. And we’re there right on the forefront, but  with a more whimsical, novelty type of car. I think we just hit it right on the mark.