Model Olivia Petersen Is One To Watch! Meet The Only New Face To Walk In The Moschino Show 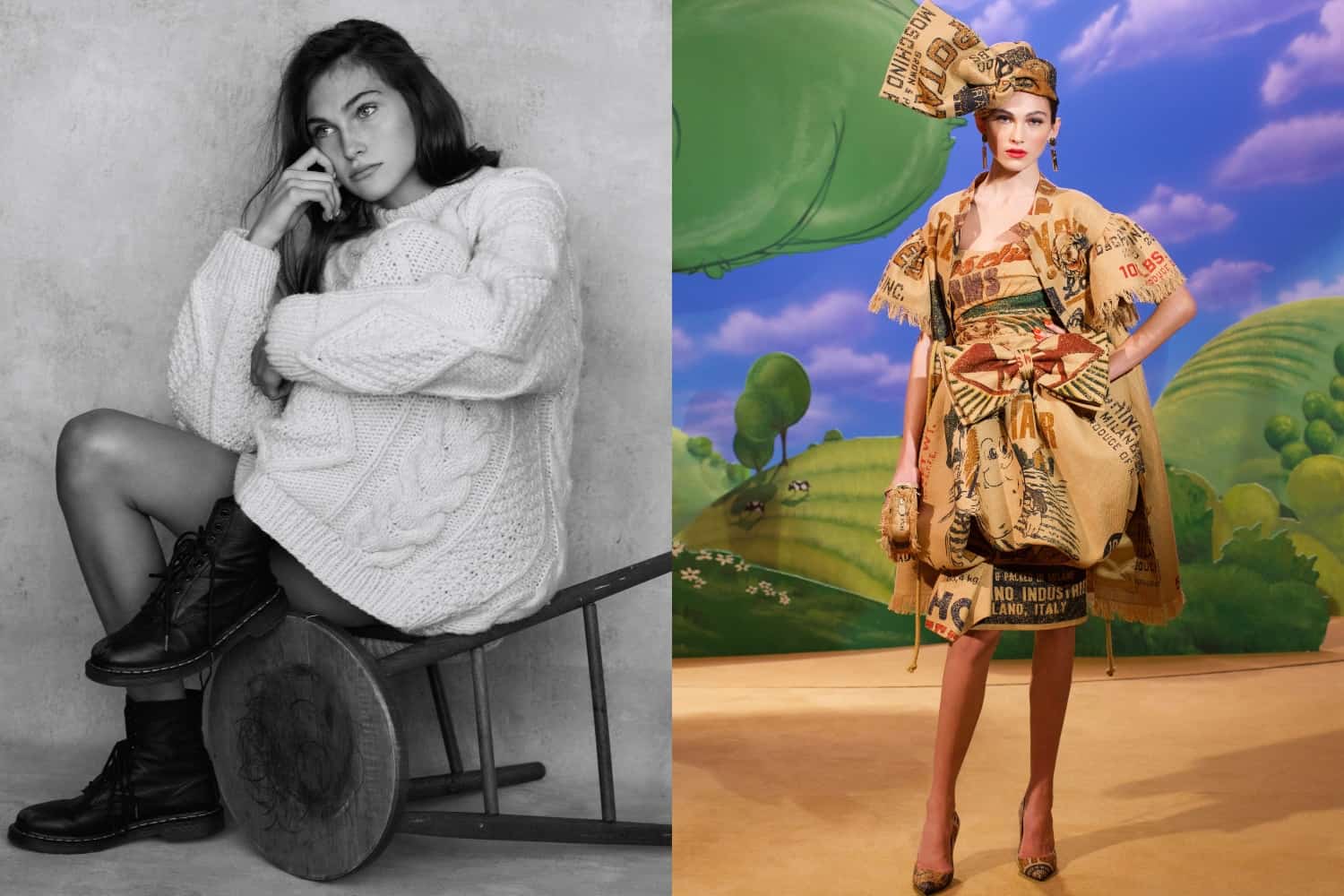 Los Angeles-native and model Olivia Petersen is primed to become one of the fashion world’s most in-demand new faces. Case in point: the 17-year-old was the only newcomer cast in Jeremy Scott’s Moschino Fall Winter ’21 show, where she joined the likes of Miranda Kerr, Karen Elson, Hailey Bieber, Winnie Harlow, Amber Valetta, and more household names that we can list in one breath. The Daily caught up with the IMG Models star in the making to hear about her major first modeling gig alongside the biggest names in the game. Ps. Being discovered at Coachella? It doesn’t get more L.A. teen dream than that!

Did you pursue modeling or did it find you?
Olivia Petersen: My parents are in marketing so I’ve alway seen that world from a business perspective. I’ve always been interested in fashion. I didn’t really pursue modeling, it more came to me, but I’m really happy it did!

What else are you interested in right now, any potential careers in mind outside of modeling?
I’m a senior in high school and I’m really into science and math right now. iI have been trying to think about what I do want to do in the future. I get most of my happiness from helping others so I’m trying to see how those interests can coincide.

You were scouted a couple of times! Did you take it seriously or laugh it off?
My parents have always been strict about modeling. I was getting scouted since I was eight-years-old but they had it in their heads that I couldn’t start until I was 17. Even though people would approach me, I always thought there’s no way my parents will let me. I was scouted by IMG Models at Coachella, who I’m with now, I was surrounded by my friends and I called my mom telling her, ‘You’ll never guess what!’. While nothing really came from that scouting, I was scouted again by IMG at a fair in Malibu. I was telling the person who scouted me that my parents will hopefully be in touch…but it’s going to take a lot of convincing!

Did you parents have any understanding of how big it is to be scouted by IMG Models?
My mom knows a lot about IMG, because she has worked with them in the marketing business. So when I came back, I told my mom, you know this is a big thing! And she said let me talk to your dad. I remember I used to go on to the IMG website and look through the models—all the legends and new faces! I’d always hoped that I would be able to be on the new face page. 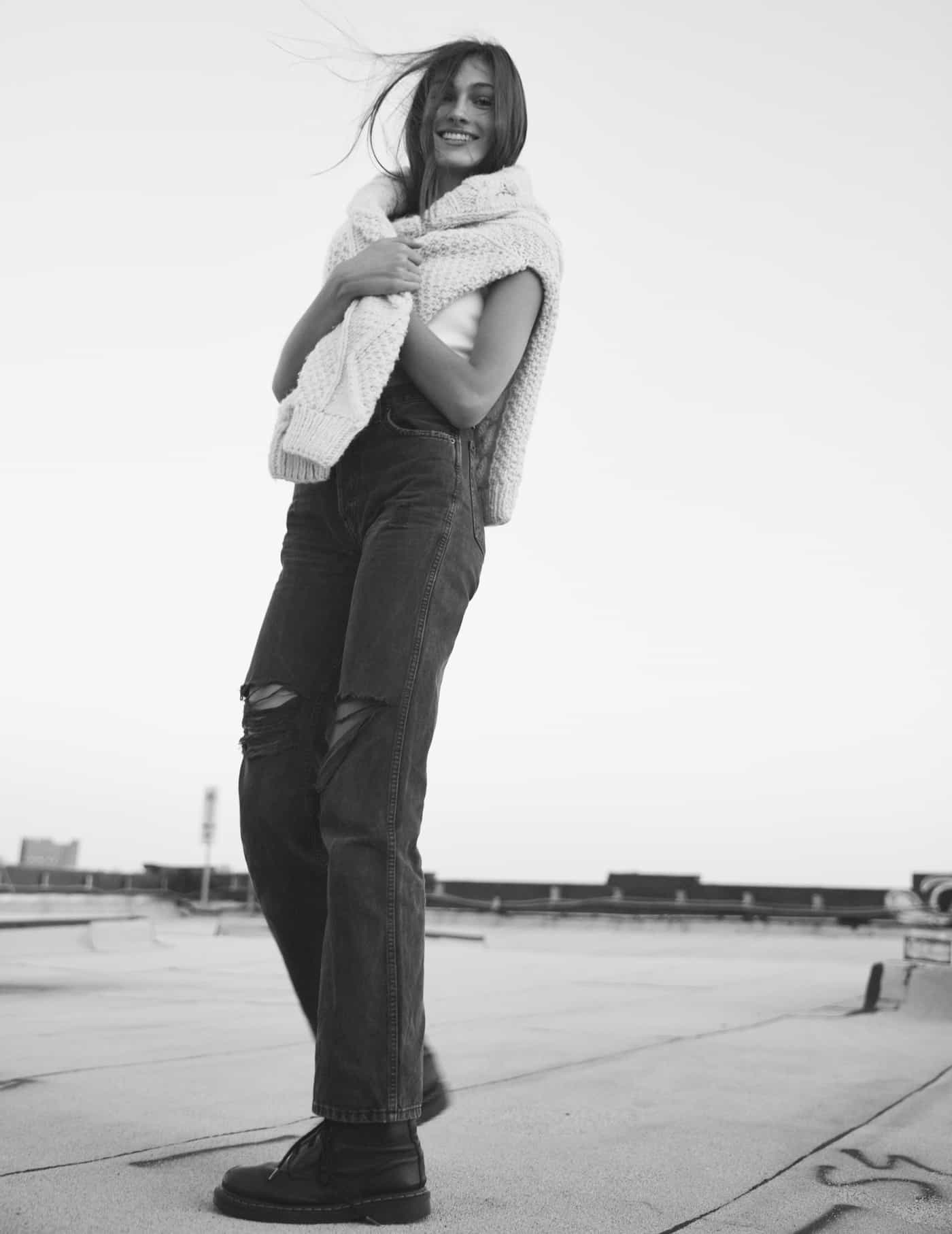 How did the Moschino job come about? Talk about a major first gig!
I signed with IMG in March 2020, right when COVID started. My agent called me a while ago and said Moschino is doing a show in L.A., we’re talking to the casting director about the show, and we thought you could possibly go and get a fitting and see if they want to cast you. I thought, ‘There’s no way I’m getting this!’ But she said the casting director and Jeremy Scott want to meet you and have you try on some looks. I went to a fitting and tried on three different looks. It was so funny, when I was doing the fitting, my five-year-old brother was like running around and talking with Jeremy Scott, telling him he liked my look! Two days later, I got a call that I’d booked the show, and then another two days later, it was the actual show!

How were you feeling on the day?
It was a little nerve-wracking. The show was stunning with so many icons, legends, and amazing, powerful women. I was nervous because it was my first show, but everyone was so nice. Everyone there loved fashion and it was about art, so I appreciated that. Instead of being nervous, I accepted the moment and while getting my makeup done, I thought, ‘Look at these women!’ I was so grateful.

Was anyone helpful with giving you advice for your first show?
I walked out with the model Sara Grace [Wallerstedt]. She said, ‘You’re gonna do great. I remember my first show, you’ve got it!’ I really appreciated that.

Before you actually had your first gig, what did you think modeling would be like?
It was pretty similar to what I thought it would be, I watched Vogue Runway Ready YouTube videos, and I had an idea what the process was like. It was also a little crazy being in there and seeing it with my own eyes.

What was it like working with Jeremy?
When it was my time to walk, he came up to me and showed me what he wanted—he just wanted me to be confident! He was so sweet.

Any surprises about backstage life?
It’s a lot of hurry, and then waiting! Everything is a rush, then you sit for a couple of hours. I thought it would always be go, go, go!

You’re from LA. How do you think that shapes you as a person?
I always wonder how I’d be if I hadn’t grown up in L.A., and had grown up in a small town somewhere else. For me, growing up here, I definitely found an emphasis on my appearance and what I was wearing, which was hard being constantly scrutinized. But I learned ways to make myself feel confident by surrounding myself with people who make me feel good. In L.A., you’re kind of in a bubble! I’ve been fortunate enough to travel and see how different cultures are. I think it’s impacted the way I see the world and given me a new perspective.

Are you an L.A. girl for life?
I’d really like to experience something different, so I’m looking at schools on the East Coast. But I’ve a feeling I’ll come back here. 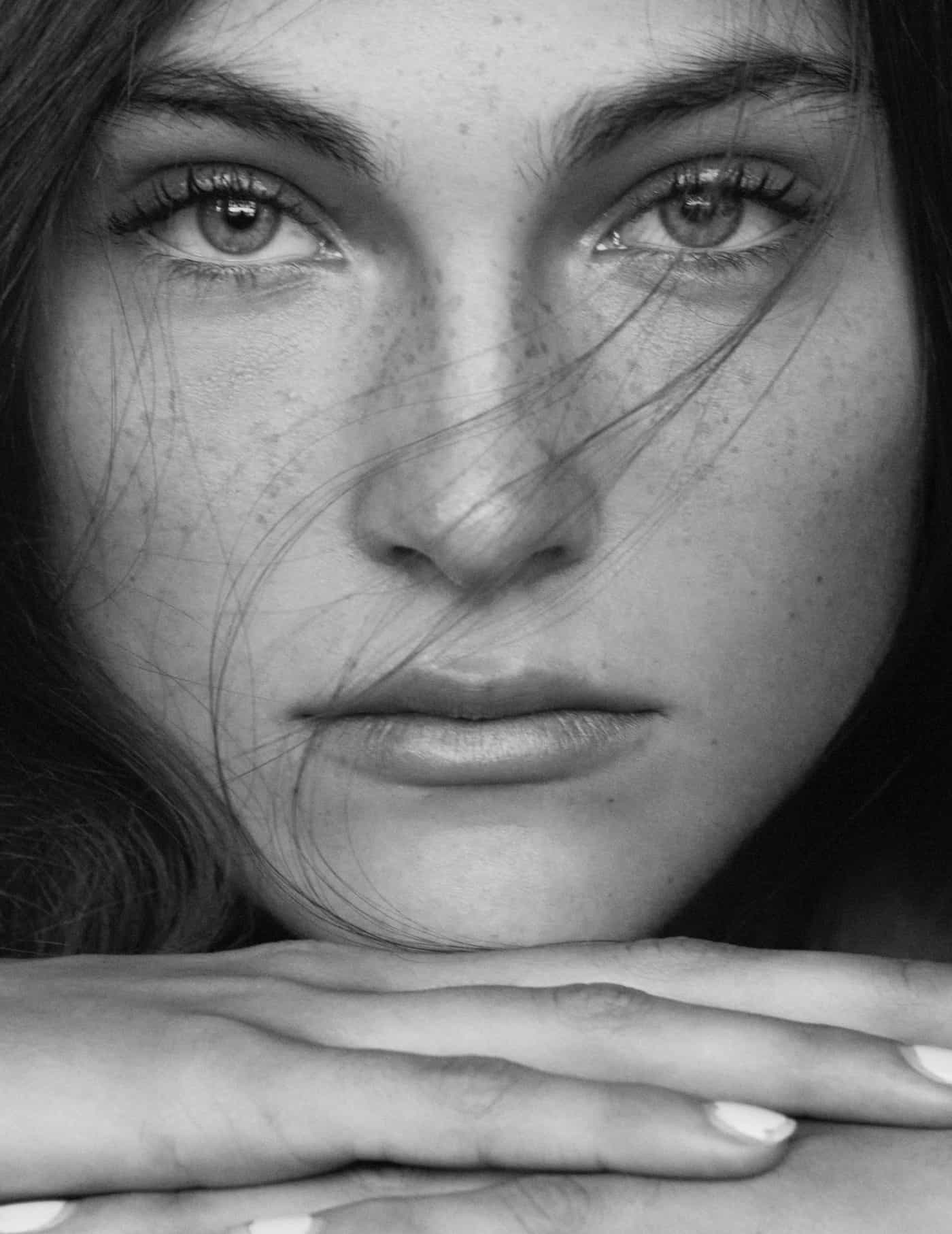 We hear you’re super into soccer and yoga, how important is being active to you and your mental health?
Even though I will dig my heels in when it’s time to workout, I’ve never regretted it. Especially during COVID, it’s been hard to keep motivated. But I’ve found little things, like I do online yoga classes and we got a stationary bike so I use that. Also going for hikes with my family: just going things like that to get my body moving. It doesn’t have to be crazy strenuous, just something to feel better.

Do you miss workout classes?
I really used to love Core Power Yoga. I always used to go with my friends, and after I’d feel strong and grounded. It’s a hot yoga session—so good!

You love vintage! What places are in your little black book?
My favorite spot is in San Fernando Valley. I also get a lot of stuff from Decades, Goodwill, Wasteland. There’s a bunch of stores around Fairfax too. In New York, I love 10ft Single by Stella Dallas!

What’s your best vintage score?
It’s probably my oversize leather jacket. I love it, I feel like Trinity in The Matrix when I wear it.

Who in the fashion industry do you look up to?
Karlie Kloss. The way she uses her platform, putting an emphasis on women in science and using it for good, that’s what you should do if you’re lucky to have a platform. She shows she’s not just a pretty face: she’s talking about relevant things and breaking boundaries. That’s what I would want to do.

What else is next for you in 2021?
I’m not sure whats in the future! I’m hearing back from colleges and hopeful about modeling.

Who would you love to work with?
Chanel or Prada!

Pierpaolo Piccioli Gets Punky For Valentino Fall ’21—See All The Details Here!