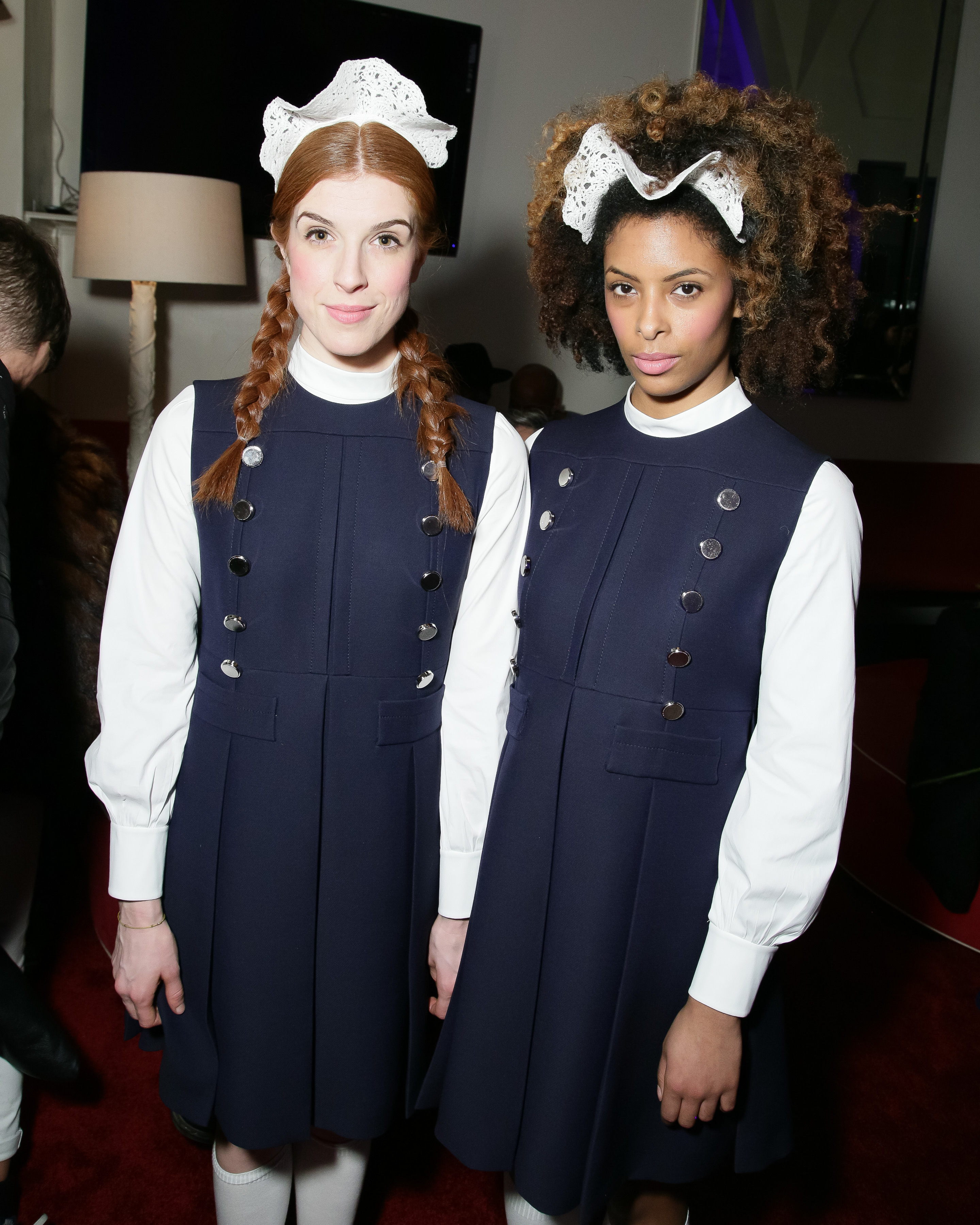 Miu Miu debuted its ninth installment in its film series, “Miu Miu Tales,” last night at the River Club of New York. The film, entitled De Djess, was written and directed by Alice Rohrwacher, who won a Cannes Grand Prix for her film The Wonders. The film opens with Rohrwacher’s sister and muse Alba Rohrwacher in a nun’s habit as dresses in garment bags mysteriously wash up on shore. The surreal film then depicts several blonde women, who try the dresses on and pose for the press, but ultimately faint and have to be dragged away. One dress takes on a life of its own and finds its way into the hands of a maid, but by press time finds her in her Miu Miu gown their cameras mysteriously stop working. The 15-minute film closes with the young girl as a wry smile spreads across her face.

The film, which was clearly commentary about the relationship between the press, fashion, and red carpets (very apropos timing with the Oscars around the corner), was one of Miu Miu Tales’ best. Other directors have included highly respected female directors such as Ava DuVernay, Miranda July, and Zoe Cassavetes. The surreal, imaginative, and strange feeling of the film felt right at home in the world of Miuccia Prada. The party itself was no different, and although the decor was modeled after the film, the vibe felt a bit like The Shining. Partygoers wandered through sparse rooms at the River Club of New York with furniture draped in white fabric like an abandoned old hotel from another era. Girls dressed in maids costumes as seen in the film were posted up in various rooms and the feature dress from the film hung in the center of the winding staircase. Musician and singer Nancy Whang, known for her work with LCD Soundsystem and The Juan MacLean, played to a packed house in one room as LCD Soundsystem’s James Murphy looked on.

The party included several floors, with the basement featuring a closed off pool and bed covered in roses, which served as a great place to recline and sip champagne (we spotted June Ambrose down there). We bet quite a few of these weary fashion insiders wouldn’t have minded curling up and taking a nap as NYFW nears its end. Guests included Maggie Gyllenhaal and hubby Peter Sarsgaard, Willem Dafoe, Mamie Gumer, Ashley Benson, Michael Avedon, Stefano Tonchi, and Nicoletta Santoro. Just in case you weren’t able to catch the film at last night’s chic soirée, you can watch it here at MiuMiu.com. Enjoy! 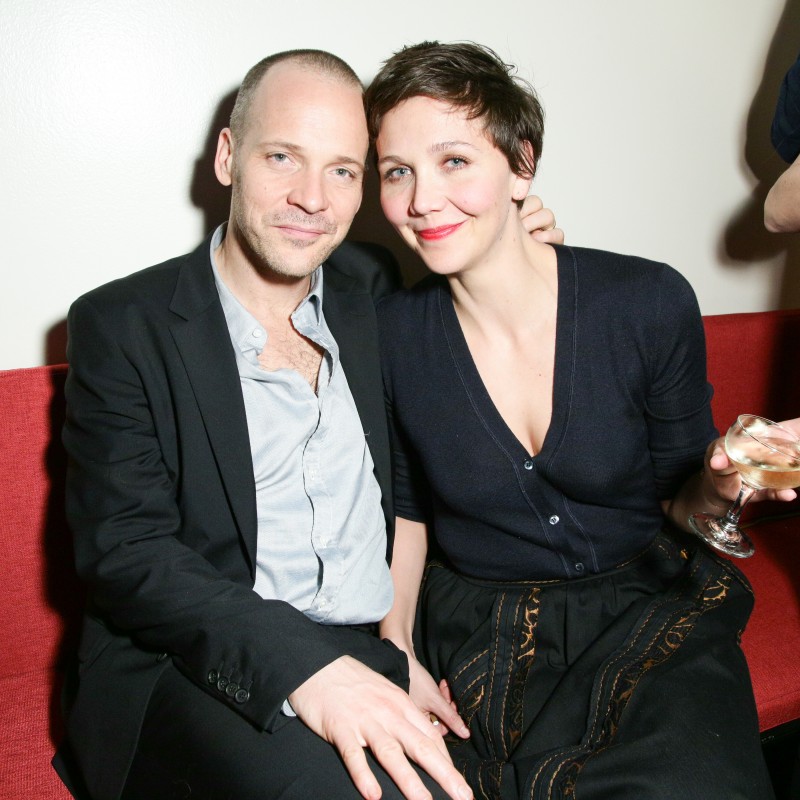 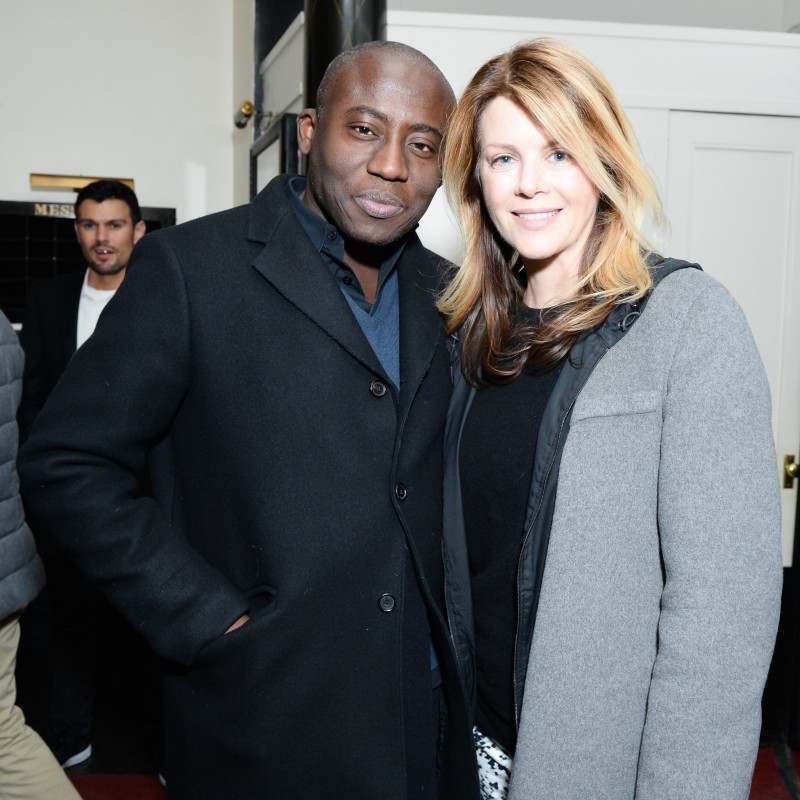 Inside The Daily’s Latest Issue!

Collab For Your Radar: Miu Miu And...