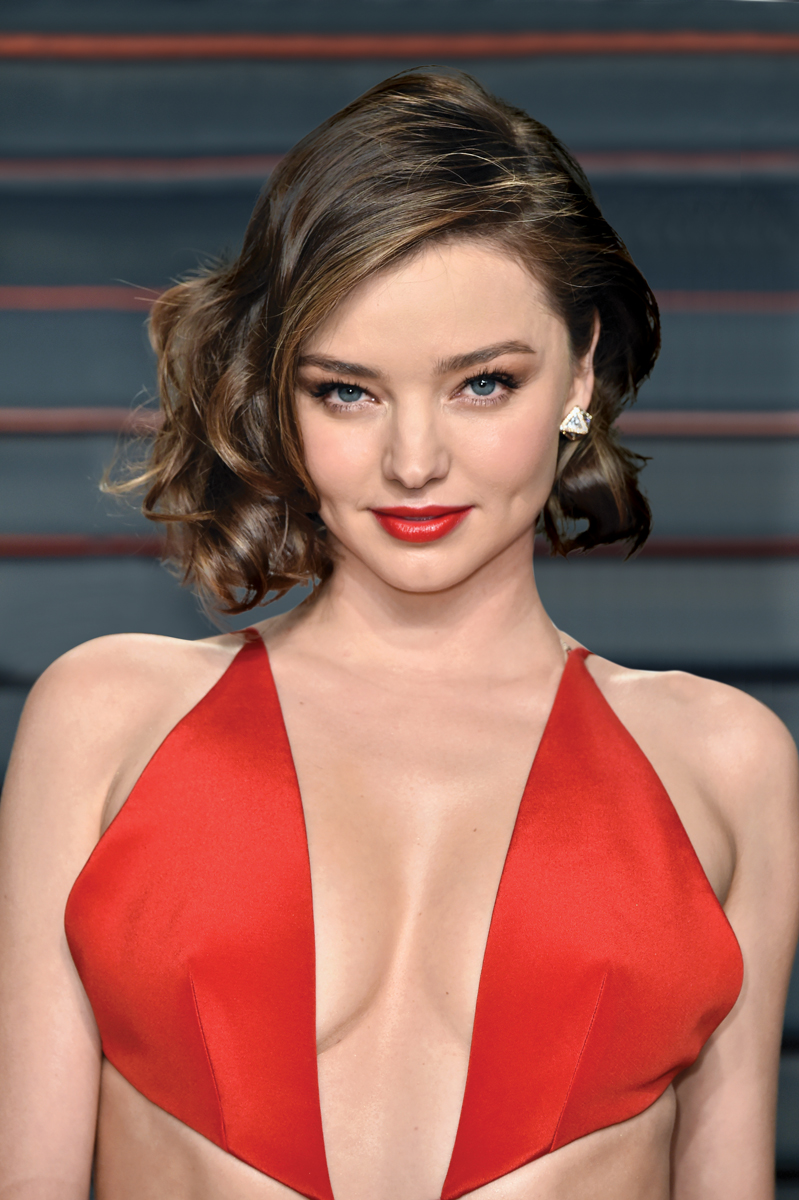 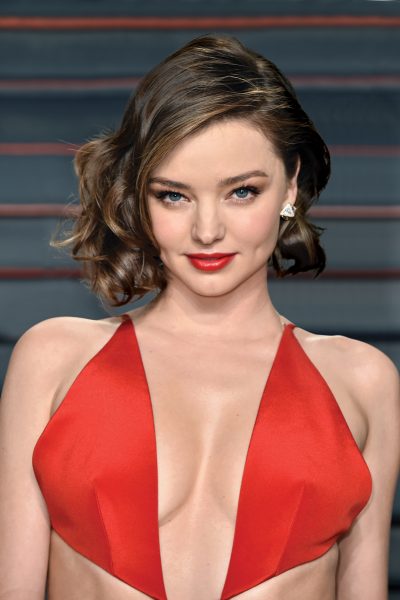 She won’t be spotted on the runways these days, but Miranda Kerr is far from fading—in fact, she tells us life is busier and better than ever. Fresh off her honeymoon with Snapchat founder Evan Spiegel, the L.A.-based Aussie mod fills us in on life after Angels, her booming beauty empire, and her adorably devilish side.

When did you know you wanted to start your own beauty brand?
About 10 years ago, I was looking for products that were certified organic and natural but worked. I wasn’t able to find anything. There are organic brands, but they’re not certified—meaning people can claim their product is organic or natural if it [contains] one natural or organic ingredient. That’s when I thought, “Why don’t I create my own range?”

Which ingredients make KORA different?
Noni, a fruit that’s native to the South Pacific. It’s an antioxidant and contains more than 170 vitamins and minerals. I’ve been drinking it since I was 13, and if I had a breakout or a sunburn, I’d put the juice on my skin. Rose-hip oil is rich in vitamin C and fatty acids, and it helps with sun damage or scarring. Sandalwood, a natural antiseptic and one of my favorite scents, is in a lot of our body products. All the products are infused through rose quartz, so the crystals add that vibration of love into the products and then onto the person who uses them. It’s that little bit of added magic.

How sciencey did you get when creating them?
I worked for two years on the formulations before going into production with teams that specialize in microbiology, organic chemistry, and aromatherapy. These are the ingredients that I really believe in, and we went back and forth for a couple of years. The products are tested on me, not on animals.

Were you wary to play guinea pig?
I was totally into it! It was about testing the consistency and making sure that the products were getting results. We also did consumer studies, and for the Noni Glow Face Oil, 93 percent of people said that their skin appeared more even-toned after two weeks. So many people have this idea that because it’s organic, it’s not as powerful.

Do you personally use only organic products?
Not everything I use is organic. It’s 80 percent healthy and organic and 20 percent indulgent. 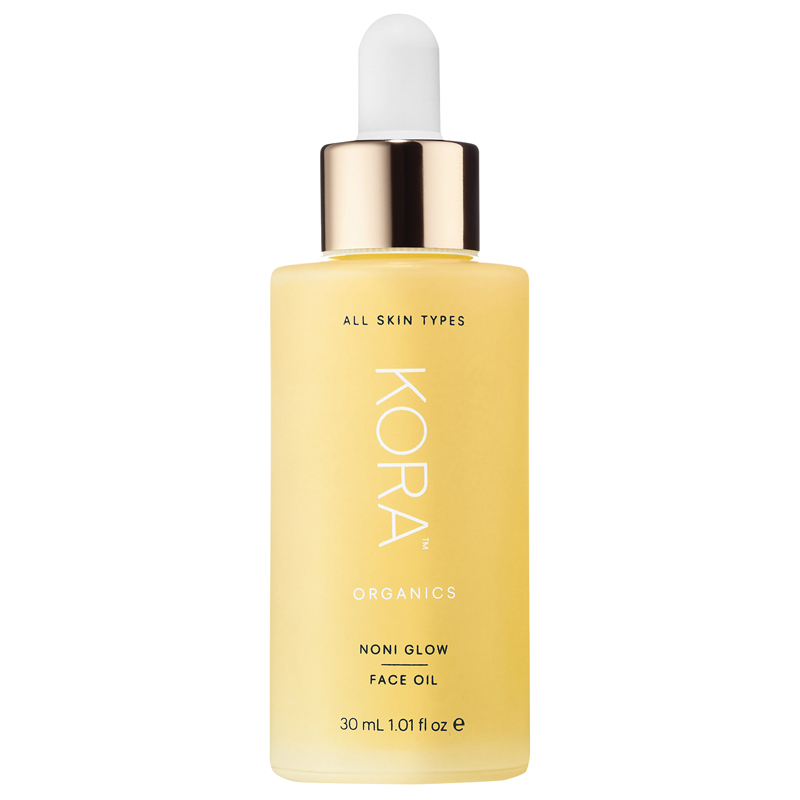 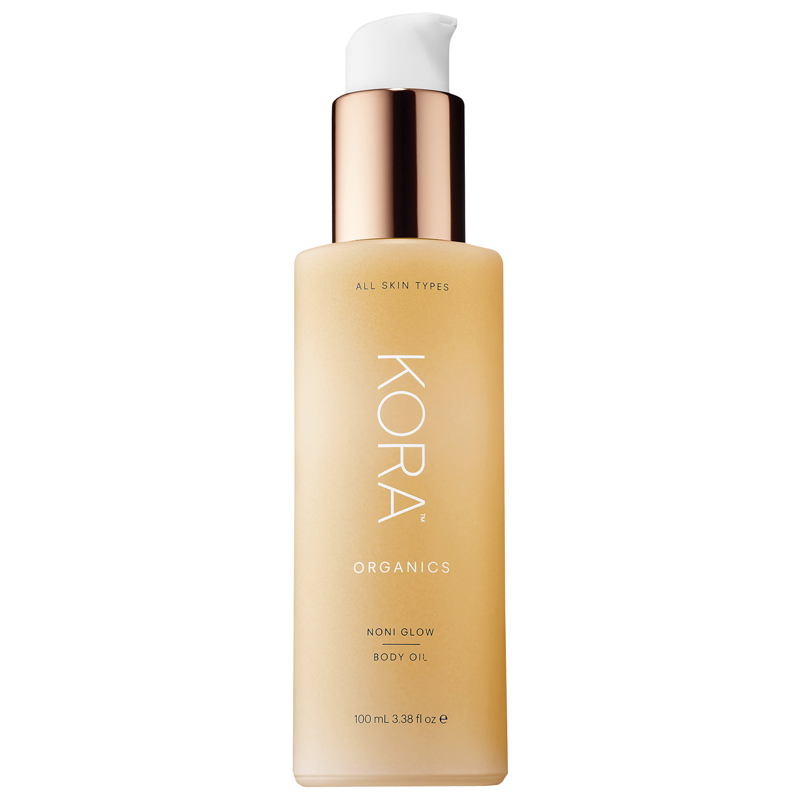 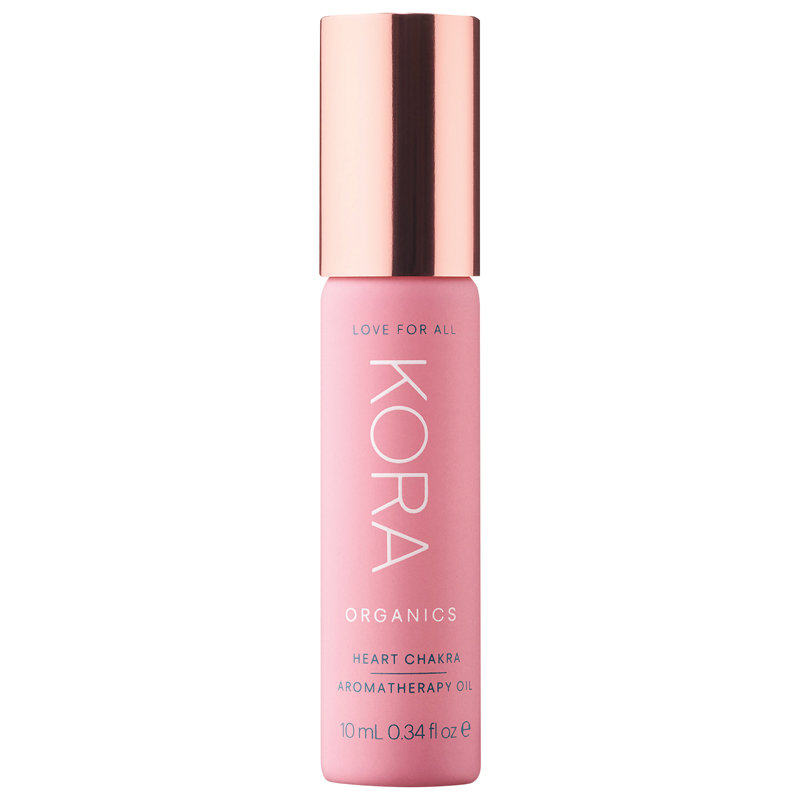 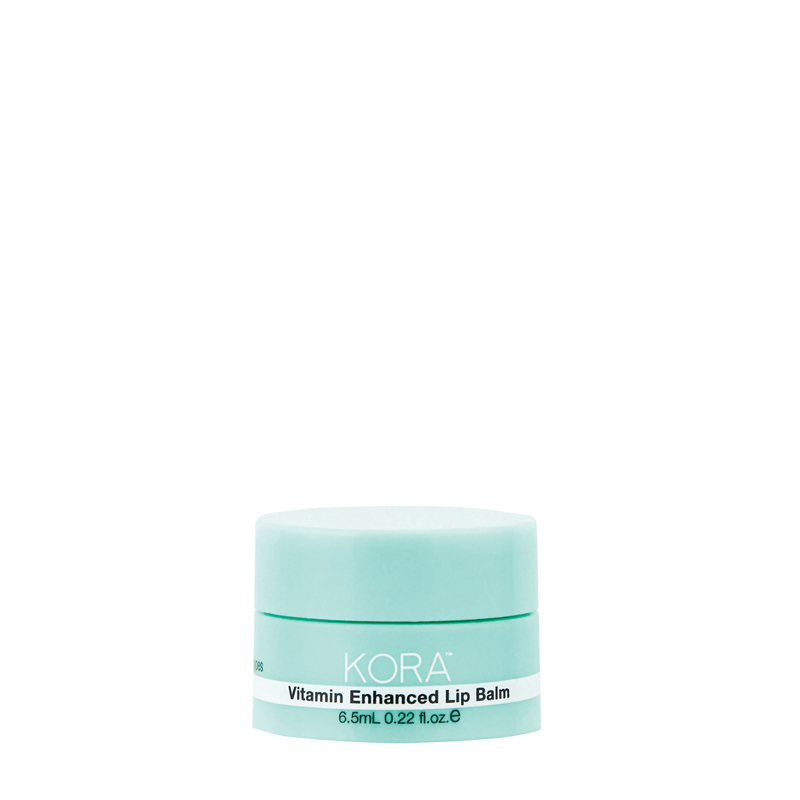 Is there anything you miss about being a Victoria’s Secret Angel?
I have many wonderful memories and I had so much fun, but I’m so happy where I am. When I was an Angel, there was so much traveling. It was fun at the time, but once I had [my son] Flynn, I wanted to be there for him. Having a base is really grounding.

Speaking of angels, what’s the most devilish thing about you?
My sense of humor. People will be like, “What? Where did that come from?”

Which models do you hang out with?
I’m friends with all the girls whom I worked with, and we’ll let each other know when we’re in town, but we’re all so busy, so we don’t hang out all the time. I have friends who are models, but it’s not really about that. To be honest, I have my best friends in Australia whom I grew up with since I was 6. One of my best friends is Lily Aldridge. I think we would have been best friends regardless of modeling.

What’s the best piece of advice you ever received about modeling?
Steven Meisel taught me that you need to know your light. Once you know what light works on your face, and what light doesn’t, you’ll be able to get the best pictures. Everyone can get really beautiful pictures if they’re aware of that.

Do you have an all-time favorite image of yourself?
I’ve never really thought about that! A photo will remind me of things—the day of the shoot, how much fun I was having going to the park with Flynn that day. Photos are cool like that. They can transport you to that time for a moment and the feelings you had. I wouldn’t ever say that I have a favorite!

Belated congrats on your wedding! Have you become more of a tech whiz since you met Evan [Spiegel]?
He is an absolute genius when it comes to tech, and I’m definitely learning more. [Snapchat] recently released Snap Maps. You can add friends and you can see what events are going on around you. For instance, now there’s a Mets vs. Dodgers game, and if I click, there’s a Let’s Go Dodgers lens. Or I can see what’s going on at Universal Studios, Hollywood, or Yosemite National Park—wow, someone is boiling some eggs. [Laughs] You can look all around the world. What’s going on in Adelaide, Australia? Oh, someone is at a bar! [Laughs]

Do you have a fave Snapchat lens?
They’re always updating them, and it’s one of my favorite things to do with my son. We’ll do the different faces, the bunny ears, or become peaches. I love things like that—it’s about not taking yourself too seriously.

Any plans to get back to Australia soon?
I think so! My family was just here. We see each other often, it’s just a matter of where. I’m looking forward to chilling and spending time at home. I’m an Aries with a Cancer moon—I’m a homebody. People are always like, “Where’s your favorite place?” And I’m like, “home.” For someone who has traveled so much, it’s such a luxury. I’m lapping that up.

7 DIY Hair Treatments to Try While...