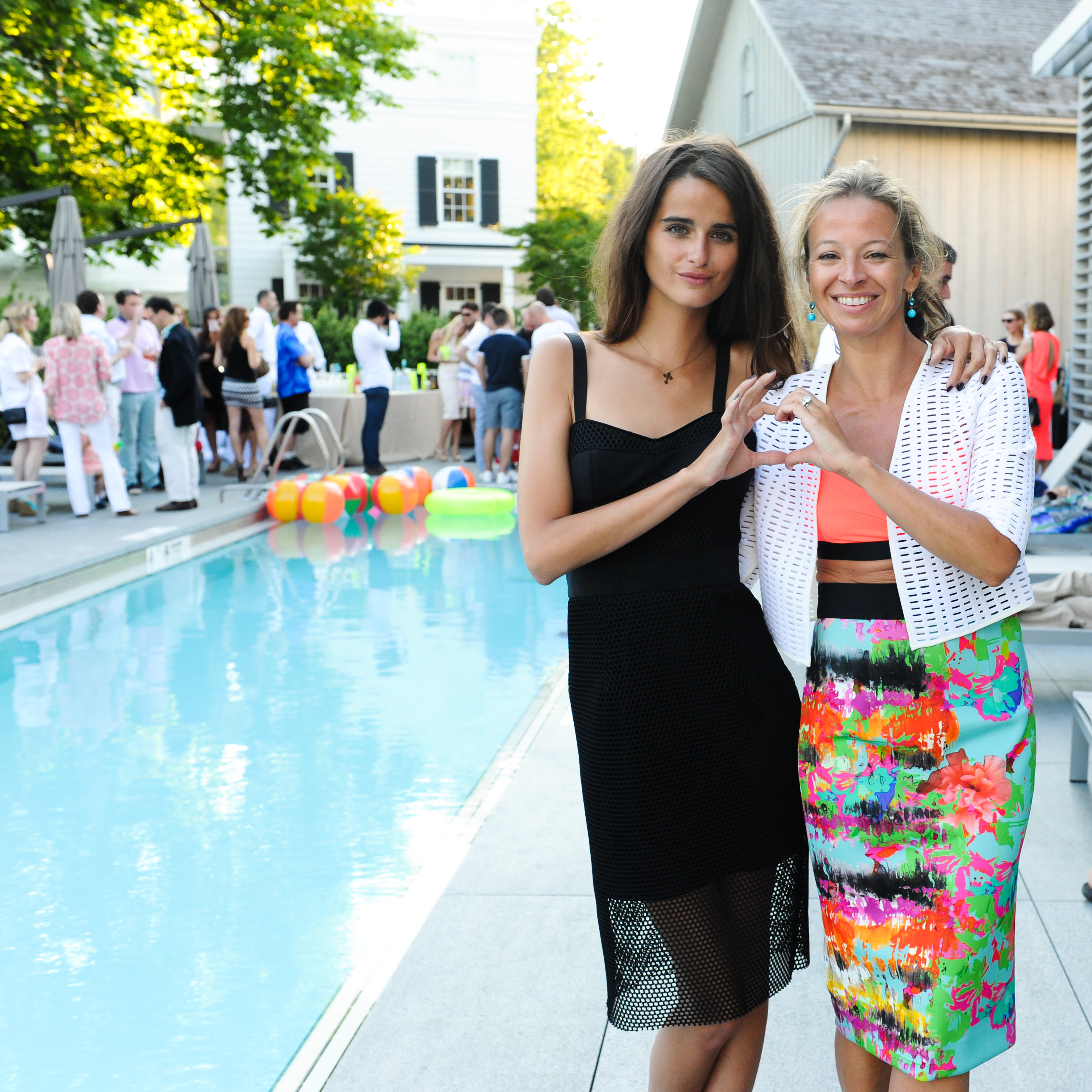 What a difference a day makes. After rain and clouds delivered the gloomiest July 4th in recent memory, Mother Nature made it up to Hamptonites on Saturday with flawless skies and temps, so why not have a kiki? Milly’s Michelle Smith and The Daily Summer to the rescue! On Saturday, we hosted a shindig at Topping Rose House’s swanky pool with a DJ set by Chelsea Leyland for a slew of stylish Hamptons folks. The event welcomed Milly mod Loulou Robert, DiMondo, Eric Javits, Brandee Brown, Scott Lipps, Susan Shin, Stephen Savage, Chantel Waterbury, Eric Villency, Caroline Fare, Joy Marks, Federico Azevedo, Carla Carstens, Lauren Gizzi, Ian Gerard, and the woman of the hour, Smith, who just returned to the states after a holiday in Italy. “I might have enjoyed the sun a little too much!” the designer quipped. Between bites courtesy of Topping Rose House’s kitchen and an endless supply of  rosé, Evian, and other libations, guests snuck off to the Mash Booths photo booth to get photographed wearing feather boas, silly hats, and oversized glasses for their Milly moments. Sorry for partying. If you’re out East this summer, don’t forget to stop by Milly’s East Hampton digs at 54 Main Street.

The Daily Summer and Out East Host...