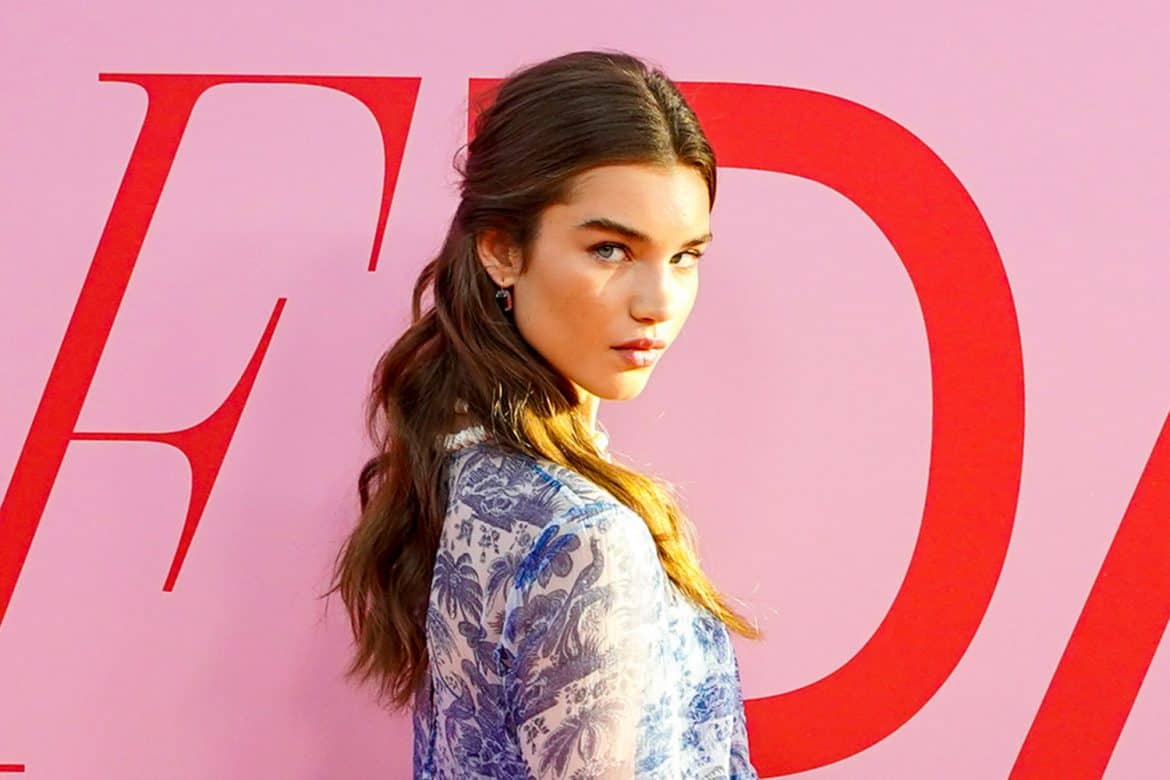 One of fashion’s budding beauts is 19-year-old Meghan Roche, who was recently crowned Breakout Star by model.com’s readers and worked with Steven Meisel on her first job. The all-American girl with a fab last name fills us in on her idyllic childhood, her plans to do it all, and what big name models have been like sisters to her backstage.

You’re from Yardley, Pennsylvania. What was your upbringing like?
Most people don’t like to speak super highly of where they come from. They like to get out of there, but I’m in love with my hometown. It’s the typical, suburban American dream life. I had a large backyard with woods, and a dog running around in the yard. I was outdoors all the time. The neighborhood kids would come out, and we’d kick around a soccer ball. I grew up in a super athletic family. If you were inside, we were watching football. If we were outside, we’d be playing it. I was very active.

How did you catch the modeling bug?
I never wanted to model. I was a huge tomboy. I’d wear basketball shorts and basketball shoes, and only hung with dudes. After one of my first volleyball tournaments, I went to get my eyebrows waxed at this big spa and boutique in my town. While I was waiting, the spa’s owner grabbed me by the arm and said, “You have to model!” People had said it in the past. I was 13 at the time. He called this woman who became my mother agent, and said they have to meet me. In my head, I thought he was on something. I’ve always liked to prove people wrong, so I thought I’d see what happens. My intuition told me that this is a weird curveball God is throwing at me; if I leave it, I’ll never know what happens. If I take it, it may be what is meant to be.

You already know how much I love & appreciate you and your entire team @brandonmaxwell 🤍 Thank you for continuing to inspire me with your kindliness, compassion, authenticity and just for being the epitome of someone who puts their heart & soul into what they love to do.. Congratulations on another beautiful collection!

Tell us about your first job.
It was a Givenchy campaign, shot by Steven Meisel. It was my debut, as well as Clare Waight Keller’s first campaign as creative director. The jackpot of firsts! To make it even better, I shot with cats. I love cats.

You kind of have a cat vibe.
I love you! That is my favorite compliment in the world. My spirit animal is a lion. People tell me, “You kind of look like a lion today.”

How was it being on set with Steven Meisel?
Half of it I’ve blacked out. Looking back, most sets aren’t like his. We shot near Yonkers, and it was a super closed set. I’m not intimidated by people, but it was due to what people told me about Steven. He ended up being the most wonderful guy ever. He didn’t talk a lot, but he had a warm presence, so I wasn’t nervous when we began shooting. It was a really great day. 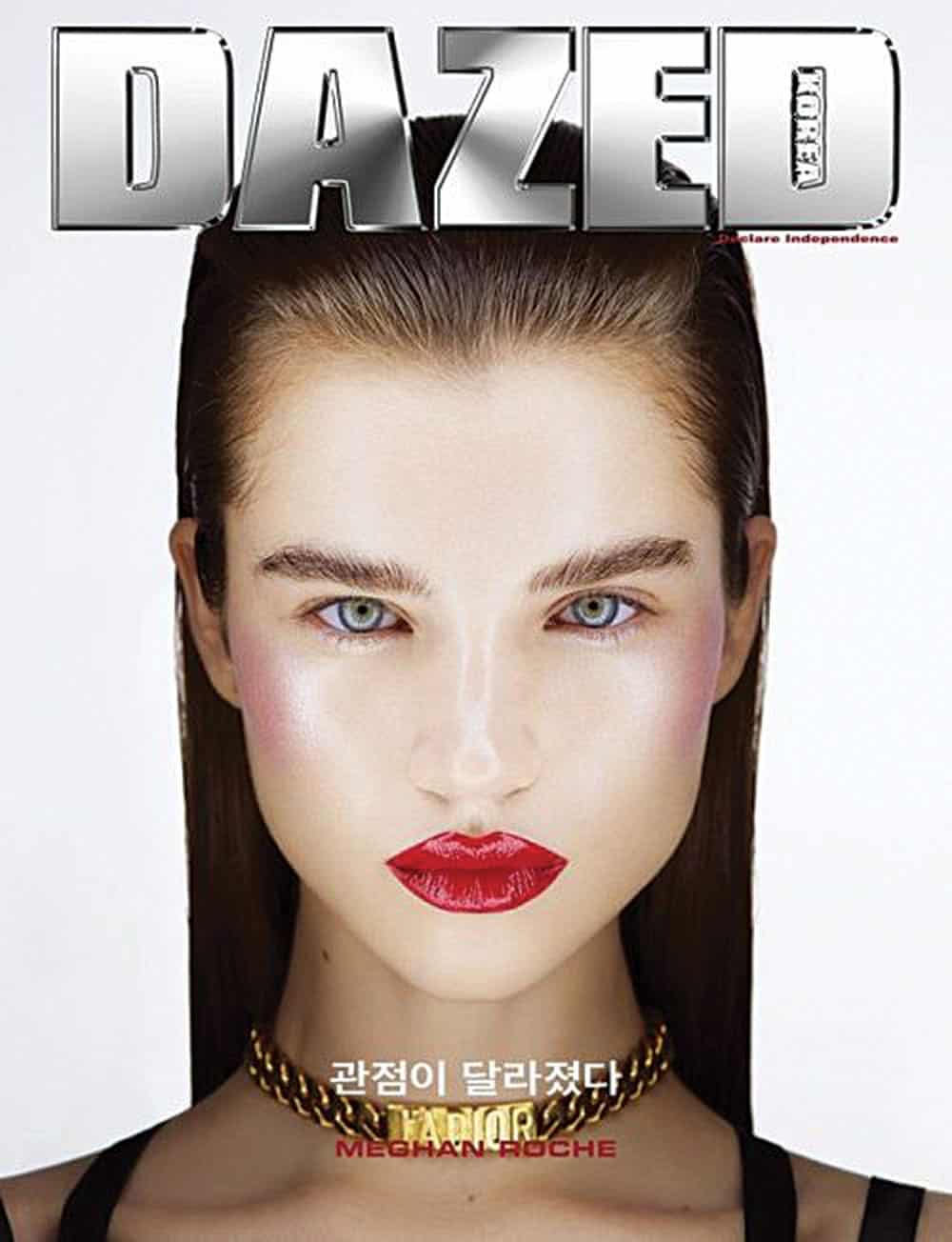 When did you move to NYC?
I shot that job in summer 2017, and had my exclusive with Givenchy for their show in September. I like to pride myself on not being a nervous person, but I was shaking. I was mortified when I looked at the video afterward, because I was so stiff! After that I wasn’t an exclusive, but I was on semi-exclusive with Alexander Wang in February 2018. I moved right before that. I had just turned 17. I was lucky, because I met one of my best friends at a casting and we connected instantly. I stayed with her in her apartment in the East Village. She was almost 20, and she was like my mom. I would have been a wreck in a models’ apartment.

Are you a dork at heart?
I’m completely a dork. I’m pretty open about it. I’m also a Disney freak. My favorite movie is The Lion King. There are no Disney movies I don’t like. The only TV I watch is Disney+. My obsession with Disney sparked when I left home. It’s comforting to know there’s that source to feel youthful and like a child again; it’s a nostalgic feeling. I know I’m still young, but this industry matures you fast. That’s how I stay grounded. It sounds a little weird and dramatic. It makes me feel like I’m living a normal life.

Who are your model besties?
Gigi and Bella Hadid. I’m close with them. We’re all under the same manager. I met Bella my first season, when I opened the Fendi show. When you’re the new face, like I was, most models look at you like they want to kill you, especially when you open the show. I felt it. Bella gave me a huge hug. She said, “I’ve never seen someone look so beautiful.” At the level they are at, Gigi and Bella are the most humble and kind people. They’ve helped me a lot. They call me their Baby Lavender, a joke they made because they have a lavender farm. I’m like their younger sister. I’m also close with Grace Elizabeth. I’m drawn to genuine people. I have a lot of friends in the industry, but those are the girls I hang out with outside of work.

You’re now with IMG Models, with Luiz Mattos managing you.
I believe in fate, and timing is everything. When I was younger, Luiz and I would be in the same room a lot. He lights up a room. I would notice him looking at me, and I was interested in who he was. I realized he was important in this world; he’s a successful manager. One day, the stars aligned, mutual people connected us, and I realized this was the person I wanted to back me up. It was an instant connection. Since I’ve been with him, my world has changed, not just my career. He treats the girls he manages like a father figure, in the best way. He understands this is a business, but what’s important is you as a person, and your happiness in your personal life.