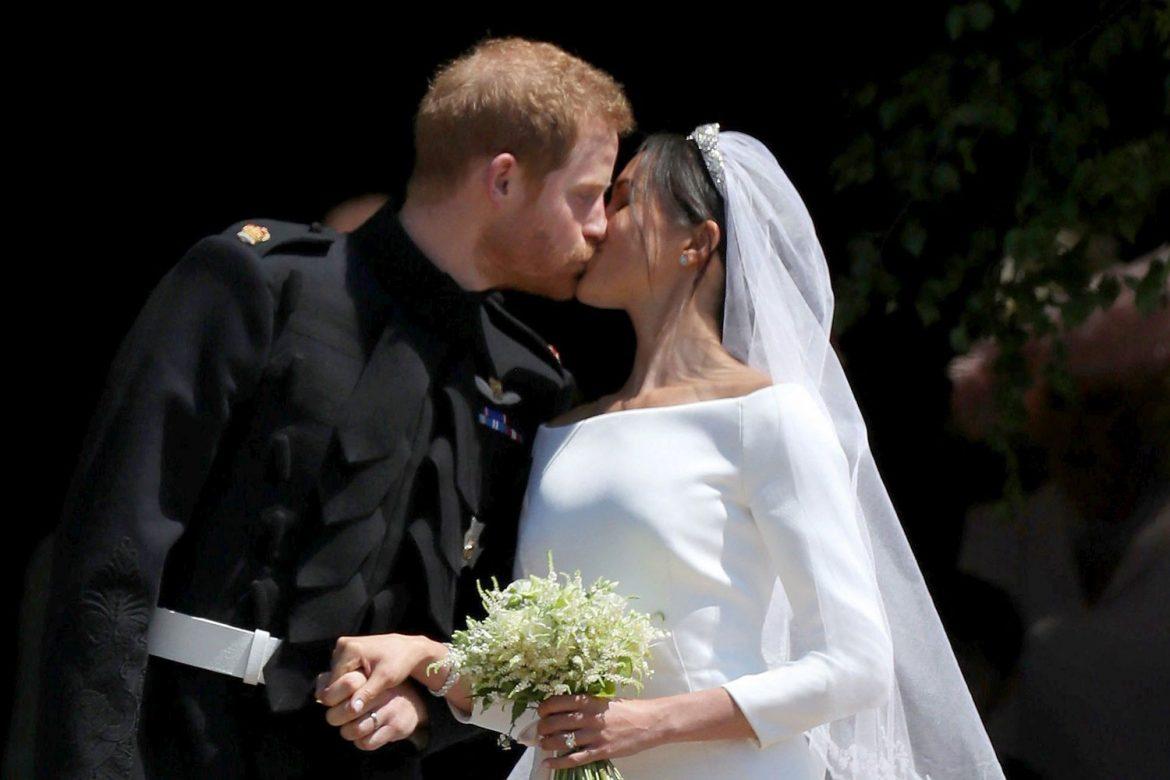 Clare Waight Keller & Stella McCartney Win The Royal Wedding (WWD)
After months of agonizing analysis and speculation, it was revealed Saturday when Meghan Markle stepped out of the vintage Rolls-Royce ferrying her to St. George’s Chapel for her wedding that she had selected Clare Waight Keller to design her wedding dress. The assignment had been kept so tightly under wraps that Waight Keller couldn’t even tell her family until the morning of the wedding. Waight Keller said around 50 atelier members worked on the Royal commission (which included Markle’s dress, veil, shoes, and her bridesmaids’ dresses) while the dress itself took a staggering 3,900 hours to complete. 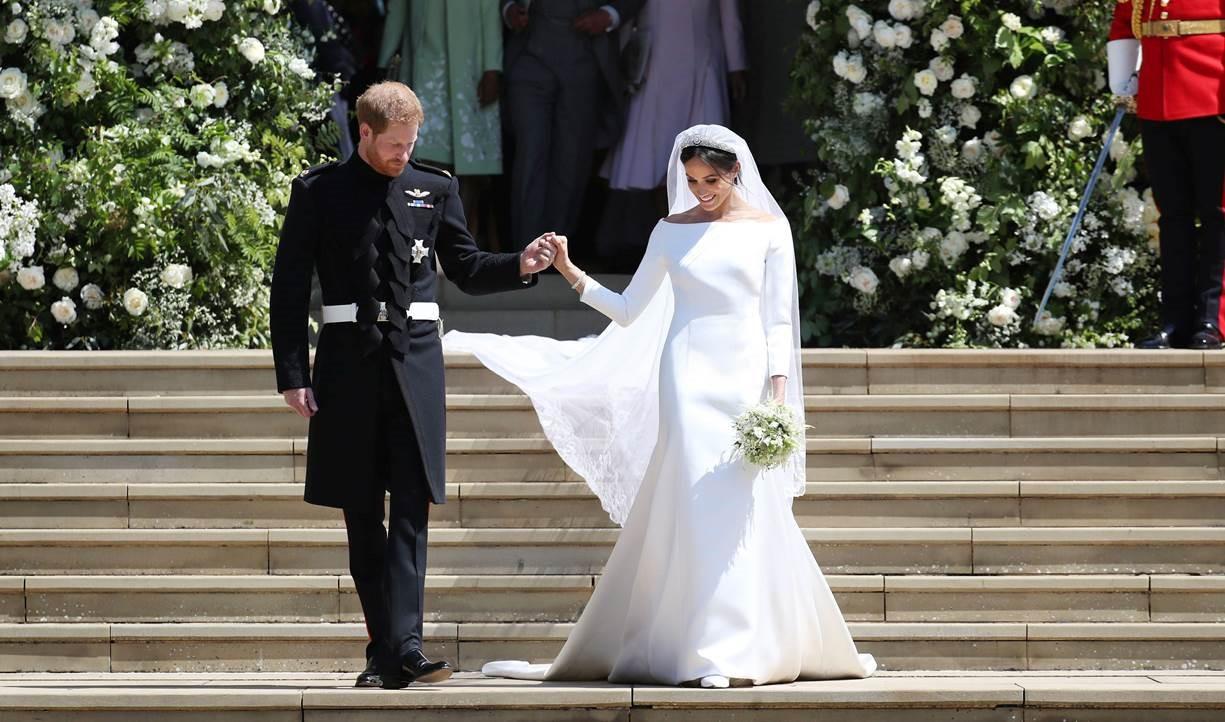 The artistic director of Givenchy developed her own fabrication for the gown, a double bonded silk cady, which was pieced together by just six seams. Markle’s veil subtly nodded towards her husband’s new role as Commonwealth Youth Ambassador, an appointment that includes fostering relations between the U.K. and the 53 Commonwealth countries that used to belong to the British Empire including Kenya, Gambia, and Botswana. Each of the 53 countries were represented in her veil with their own distinctive flora. 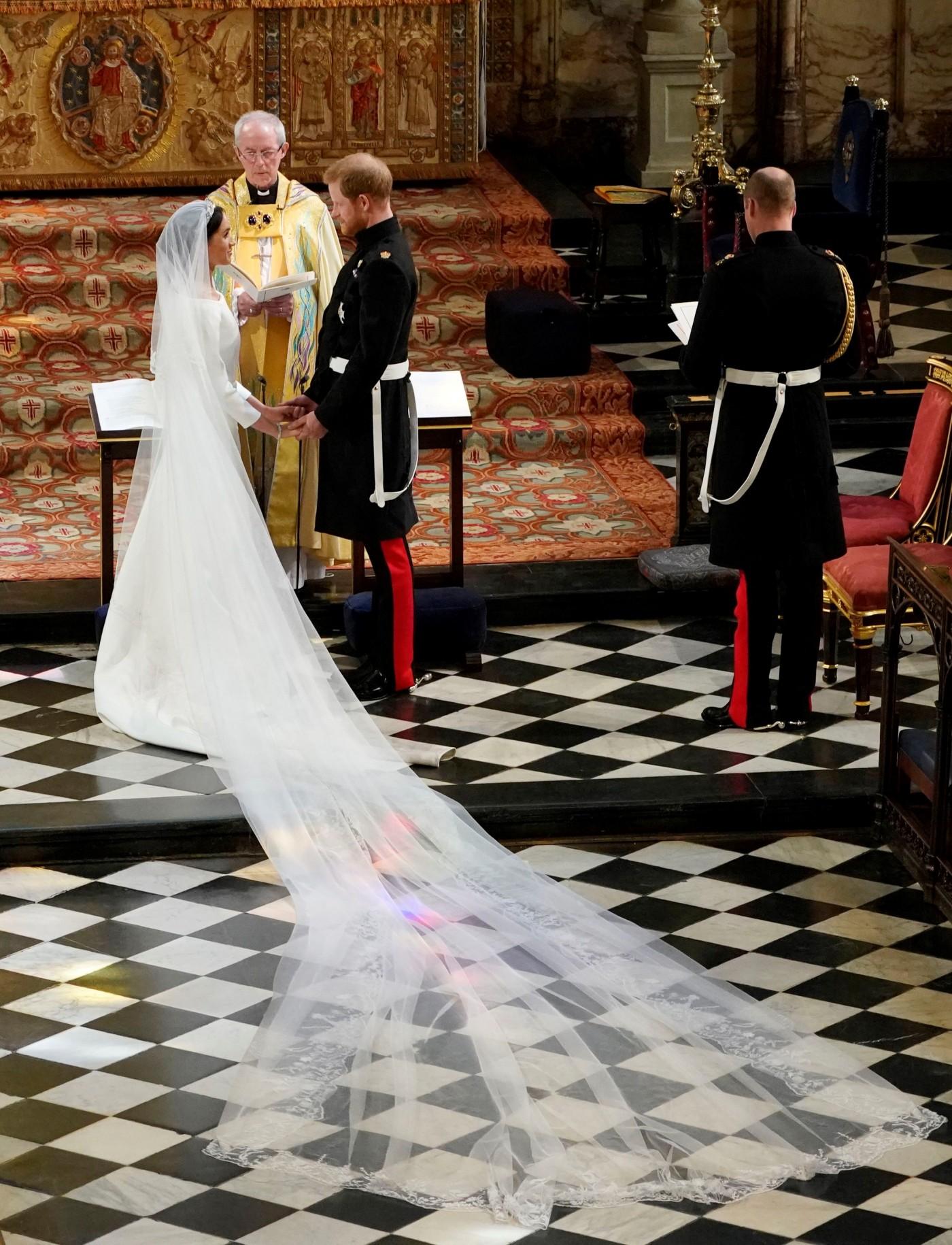 Of the overall look, Waight Keller told WWD creating Markle’s wedding gown was “the highest form of service in fashion.” The designer added: “I loved that Meghan and I decided to go for something that no one would expect. It was not a classic bridal dress, and I felt that it said something about the kind of woman she is, and intends to be.” 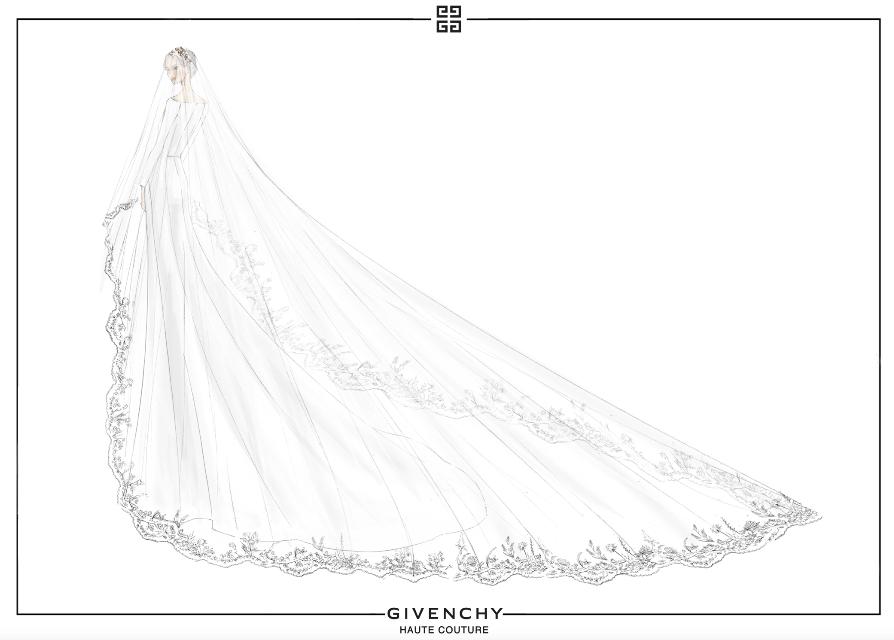 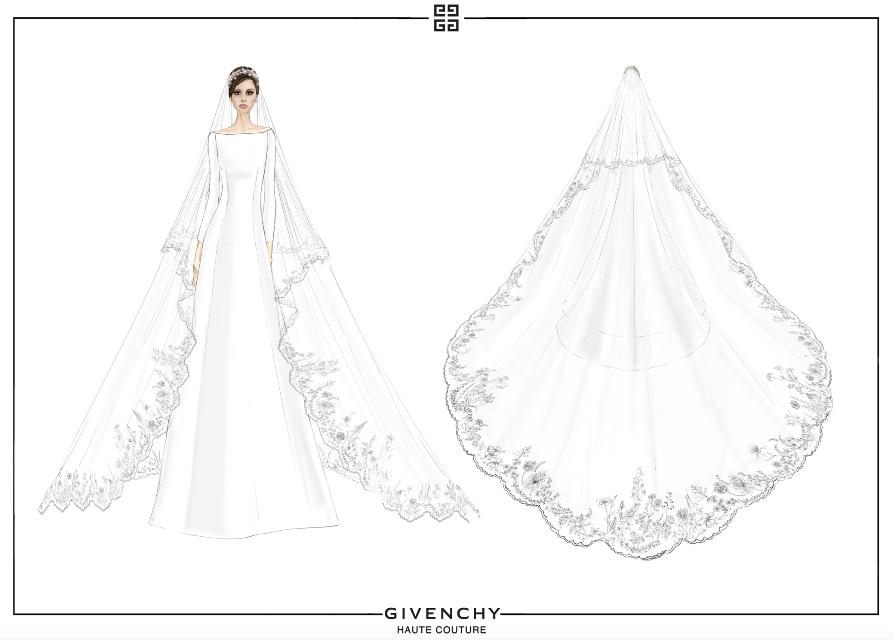 Amal Clooney, with George Clooney arrives at the wedding of Prince Harry and Ms. Meghan Markle in a honey yellow midi dress with side tie detail in silk Cady, worn with head dress by @StephenJonesMillinery. . #StellaMcCartney #RoyalWedding

Oprah wore a blush-colored frock McCartney fashioned, apparently very last-minute, from sustainable viscose knit.  In a video Oprah posted on her Instagram to thank McCartney for dressing her, Oprah alluded to some sort of color-related mixup that forced McCartney and her team to work double-duty in the hours preceding the ceremony. Oprah lovingly termed the incident “Dressgate” in the video.

@Oprah… you are truly the most outstanding human. Speechless that you shared this gratitude with your followers… all at Stella McCartney bow down to your brilliance x Stella

Haider Ackermann To Stage Co-Ed Shows (WWD)
Haider Ackermann is the latest designer to shake up the traditional show schedule. The designer has decided to combined his menswear and womenswear runway shows, unveiling both collections during women’s Paris Fashion Week in September. Ackermann had previously shown his menswear during Paris Men’s Fashion Week in July. Ackermann said the folding together of the collections was a strategic choice, saying the new format “reflects a desire to stage a new balance between the two collections by breaking with codes and recreating magic with the interaction of two different identities.” It’s also more cost-effective.

Hello, world! This is Miles Theodore Stephens – We are drowning in his little peeps and nuzzles. Our household feels overwhelmed with love. Thank you for all your well wishes!

MatchesFashion Grew Sales By A Whopping 44 Percent Last Year (Fashionista)
MatchesFashion is staking its claim as a major e-comm player. On Monday, the British luxury site reported that in the 12 months leading up to January 31, 2018, they saw their annual revenue increase 44 percent, with the e-tailer raking in 293 million pounds (or roughly $394 million) in 2017. The company attributes the earnings spike to its focus on international expansion and growth in the U.S. Matchesfashion also reported that website visits increased last year by 36 percent and the average online order was £542 (or $727).

Taylor Swift’s Versace Billboard Music Awards Look Took Over 800 Hours to Complete (People)
Taylor Swift made her reemergence into the public eye with a sartorial bang. On Sunday, Swift attended the Billboard Music Awards in Last Vegas —her first public appearance since 2016 — wearing a sparkle-laden, pink Versace gown. Donatella Versace gave her followers a glimpse of the dress four weeks ago in an Insta-story, which she captioned: “This gown took more than 800 hours to bring to life.” Swift’s 108 million followers got multiple views of the dress as Swift documented the evening with several Instagram posts.

My first award show in a few years and it was so much fun thanks to you 💗 I love you guys. PS thanks @versace for this ✨delicate✨ dress. 📷: @gettyentertainment

Baccarat and The Bridal Council Kick Off Wedding Weekend
Shoppers hit Bloomingdale’s 59th Street store on Saturday for “We Said Yes!” The consumer experience coincided with The Royal Wedding. Baccarat, the event sponsor, presented a whimsical table called, “Who’s Invited to the Royal Wedding?” The table mirrored the personalities of well-known Brits such as Queen Elizabeth, Elton John, and James Bond. Designers Anne Barge, Ines Di Santo, Angel Sanchez and Margo LaFontaine from Amsale were on hand to mingle with brides-to-be. 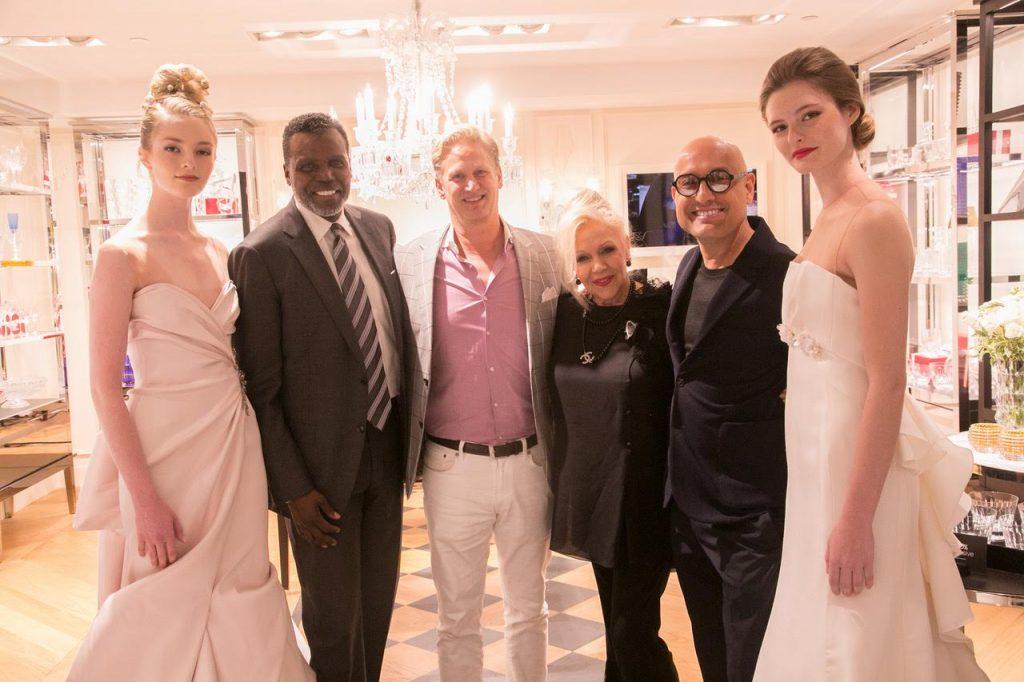