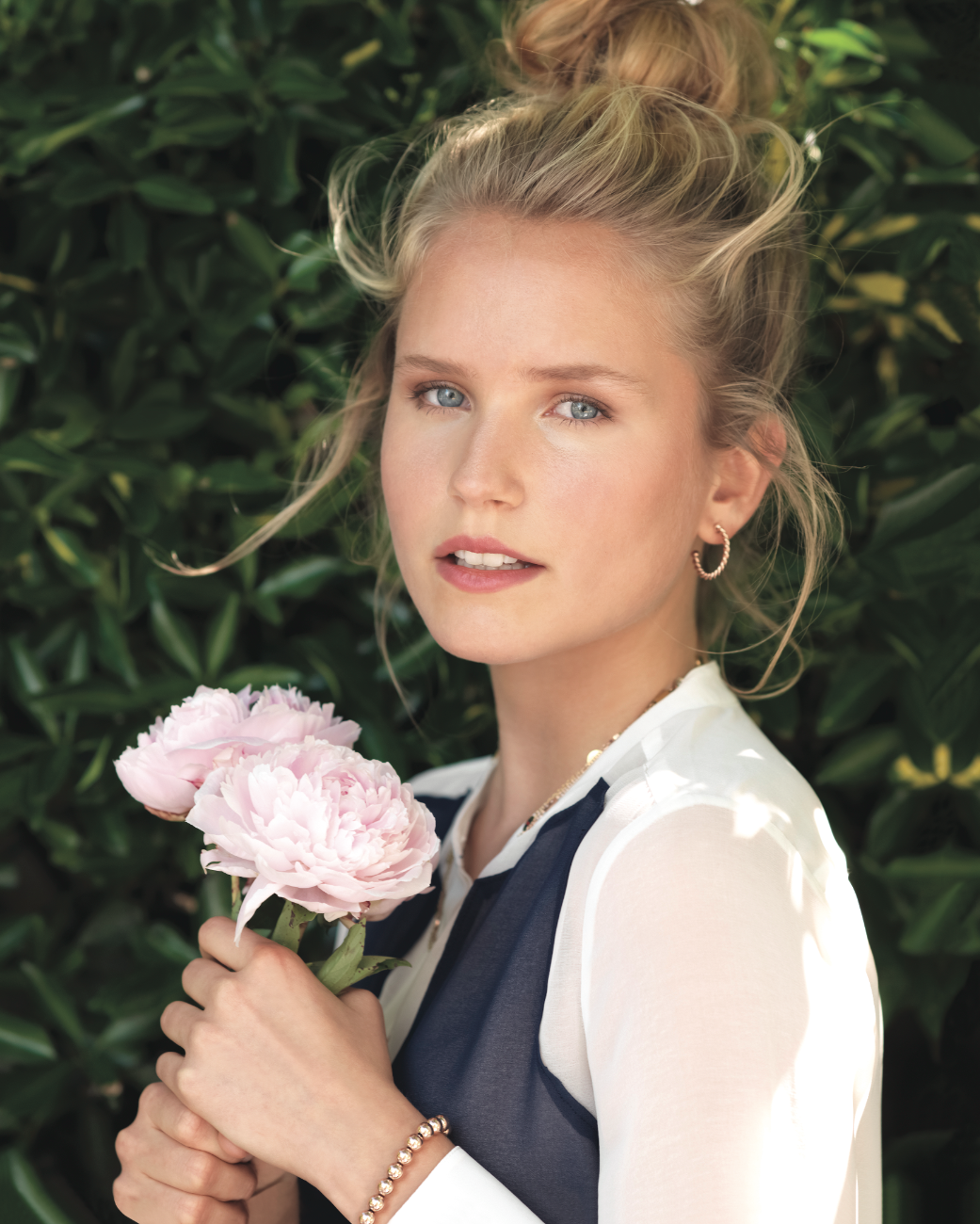 Sailor Brinkley Cook, 16, the gorgeous progeny of Christie Brinkley and Peter Cook, is making her maiden voyage into the wild world of modeling. And, yes, mom is fully on board! Did we mention she’s gracing the second cover of
The Daily Summer? Check it out here!
BY EDDIE ROCHE

How was the shoot? Have you ever been on a double date like that?
No, but I’d love to. I don’t want to meet a guy at, like, a club. Not that I can get into one. I’m still a teenager! I want to go on a nice little double date with my best friend.

Can you tell the Stenmark twins apart?
Yeah, Zac has longer hair.

Speaking of Zacs, we hear you’re a Zac Efron fan.
When I was little, I saw him in High School Musical and was like, ‘We’re going to get married!’ Then, a couple of years later, we were vacationing on the same island, and we ended up in the same Zumba class. On New Year’s Eve, he asked me to dance, and I was like, ‘Gaaaah!’

Do you still want to marry him when you turn 21?
How old will he be? Thirty seven?

Sounds about right. Where did you grow up?|I was born in Manhattan, but raised in Bridgehampton and Sag Harbor. My mom has wanted to move back to the city at times, but I’ve always said, ‘no.’ I like being able to breathe! It doesn’t smell like gas out here.

Did you always want to model?
Not at all. My mom was always just my mom. I didn’t really think about how unique it is that her career has lasted for 45 years. I never really thought of doing it myself until I turned 14 when everyone kept asking me why I wasn’t doing it. I’m so happy I tried it. It’s fun! When I was younger I wanted to be a comedian, but I realized not everyone thought I was funny.

Don’t give up so easily! How else do you stay busy?
I’m interested in photography, so I want to study it for the rest of high school and see where it takes me.

Are you a fussy eater?
I’m gluten-free, and I was raised as a vegetarian. I’ve been vegan for a little over a year. It was very hard to give up cheese, but I made the decision after I went on a trip to Italy and sort of maxed out on it.

So no cheeseburgers on the Fourth of July then.
Nope. Never.

You just turned sixteen. What’s your favorite car?
There’s a blue Volkswagen Beetle that I’ve had my eye on.

Why did they name you Sailor, by the way?
My mom and my dad both love the ocean, and sailing is my mom’s favorite thing to do.

Are you a sailor yourself?
I know how!

Sailor Brinkley-Cook Is Just as Into “Tiger...