Meet the Powerhouses Behind Purple PR 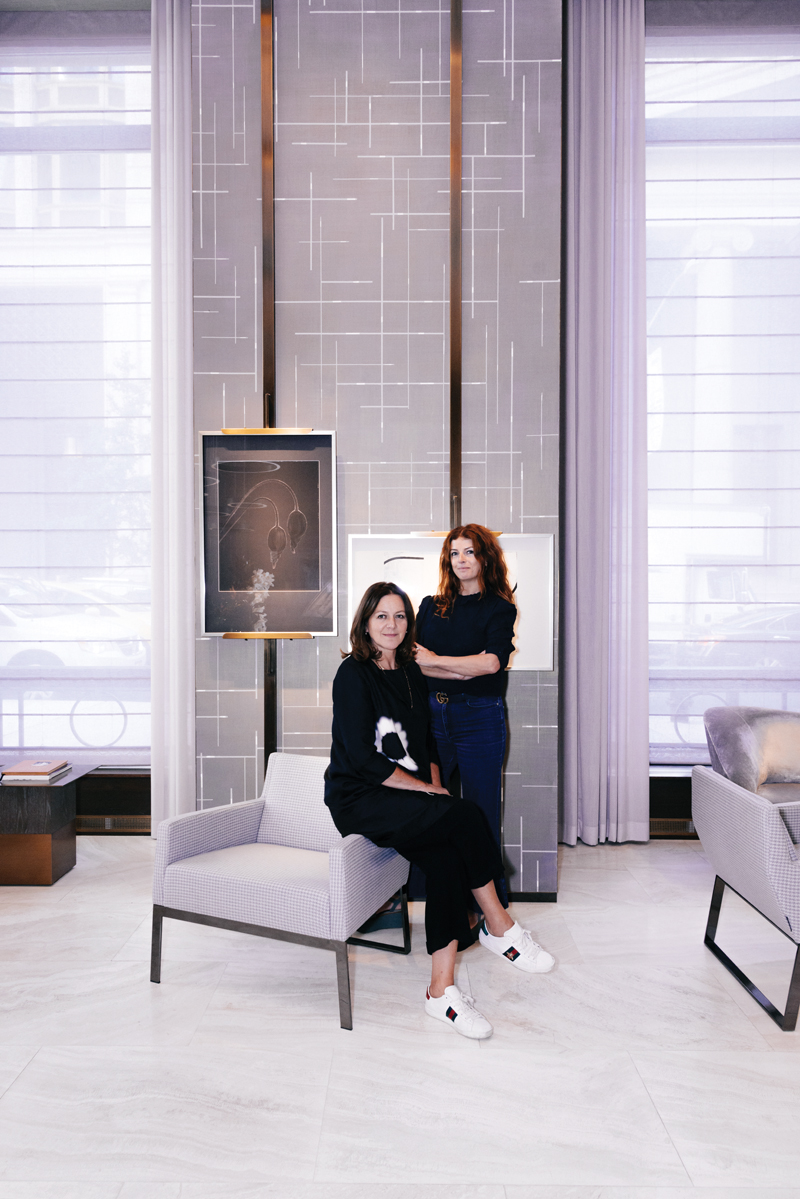 Purple PR has emerged as the biggest PR powerhouse to hit New York in ages, but this agency wasn’t born yesterday. London-based directors Nancy Oakley and Caroline Lynch have been rocking fashion for nearly 20 years, and they dish to The Daily about their colorful rise to the top.

What’s the agency’s history?
Caroline Lynch: We started almost 20 years ago in London. We wanted the roots to lie in fashion, as most of us had fashion backgrounds, but we wanted to cover multiple categories. From day one, we always wanted to work across different sectors. One of our first clients was Ian Schrager. We launched the St. Martins Lane hotel in London and have worked with him ever since. Most recently, we’ve worked on launching the EDITION hotels.

Why did you name the agency Purple?
Lynch: We didn’t want to use our names! We thought it might sound like a firm of accountants if we did. And we wanted one word that would be globally understandable.

Is there purple décor in the office?
Lynch: There is not.

Had to ask! Who have been some of your clients over the years?
Lynch: Calvin Klein was our first fashion client. We worked with Donna Karan for years. We launched Elle Macpherson Intimates in Europe and launched [WelleCo’s] Super Elixir, so from the beginning, we worked across beauty, culture, art, design, architecture, events, and fashion.
Nancy Oakley: Italian and French houses were our focus. We had the privilege of working with Brioni when it was a family business. The CEO at the time, Umberto Angeloni, had a great, open approach to surreal presentations in Milan, even though the brand was extremely traditional. We also had an amazing time working with Roberto Cavalli.

What’s your approach to PR?
Oakley: To create something different so as to engage the consumer. It’s not just about a picture in a magazine. It has to be memorable, magical, and interactive. PR is everything from a celebrity wearing designer clothes walking along the street to an influencer posting stories on Instagram to traditional editorial in magazines. The younger generation is more political, so you have to be aware of how they are thinking and what they are looking at.

In the U.K., Purple works with musicians like Adele. What’s the story with your entertainment division?
Lynch: It’s a separate company in the U.K., but it’s under the Purple umbrella. They represent some of the best artists in the world, like Lana Del Rey, Björk, and Zayn Malik.

What are some of the projects you’ve been the most proud of in recent years?
Oakley: The Freeze for Frieze project with Moncler. From its conception to the opening night, that was probably one of the most fun and intense projects we have ever worked on. We also nurture and sponsor young designers at Purple—at the moment, we’re working with Faustine Steinmetz, who have just won the Swarovski prize; Phoebe English; and Daniel Fletcher, who was a runner-up for the LVMH Prize when he was fresh out of Central Saint Martins.

How did you land in New York?
Lynch: From the start, we’ve had several American clients and we had long toyed with the idea of opening here. Several of our team members based in London were really keen to come to New York to open the office. And so about four years ago, we said, “Why not?”

How many New York staffers do you have?
Oakley: About 43, and we have 75 employees in London and eight in L.A.

What are some of the fashion brands that you’re working with these days?
Lynch: We recently launched Alexa Chung’s line ALEXACHUNG on a global level, which was a fabulous project. We also work with Buccellati, L’Agence, and Willy Chavarria; and Moncler, Jil Sander, DKNY, and Theory in London. We’ve worked with Richard James for many years.

What’s on the slate at Purple that you’re excited about?
Oakley: There is never a dull day. We’re constantly meeting new companies and people who have exciting ideas that we can make happen. There’s so much to do!